MALCOLM RITCHIE ~ The Crows of Gravity 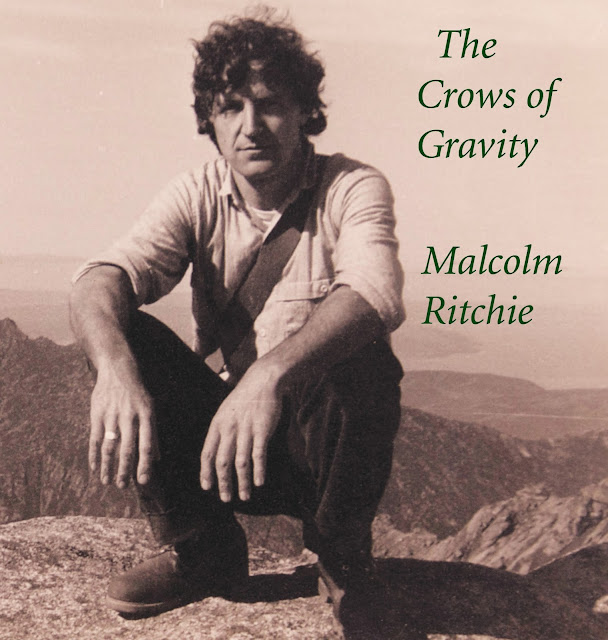 .
Through this memoir, Malcolm Ritchie take us on a journey from early childhood trauma and damage, onto a quest for self-knowledge and healing.  He describes how his life led him from an interest in the paranormal, to Jungian psychology, Buddhism and shamanic practices.  Along the way, we have his discharge from the Royal Air Force; his expulsion from art school; his theft, with three friends, of a Rembrandt from a museum; his encounter and association with Dr. John Layard – anthropologist and Jungian psychologist, who was once guru to W.H. Auden in Berlin in the 1920’s – and his relationships with several well-known and influential people during the 1960’s and 70’s both in the arts and literary scene, as well as in the world of fashion.  As his story, and all the many other stories contained within it unfold, we encounter a cast of poets, painters, healers, tinkers, shamans, Buddhist monks and Shinto priests, and many others.  We are guided into a spiritual realm of altered states of consciousness and other realities, through his involvement in training with a Buddhist monk and then a Japanese shamanic healer, resulting in spirit possession, and culminating in a dramatic exorcism in the Peruvian rainforest, described at the end of the book. Ritchie’s memoir pulses with a variety of different energies, and works on several levels, often placing it beyond the specific genre of memoir, taking the reader into a life of danger, adventure and revelation, all recounted and leavened by a mind redolent with a pantomimic and comedic sense of humour, but shadowed at the same time by a cynical eye cast over Western civilization and culture.

Tweet
This entry was posted on 10 December, 2015 in homepage and tagged Malcolm Ritchie, The Crows of Gravity. Bookmark the permalink.

2 Responses to MALCOLM RITCHIE ~ The Crows of Gravity