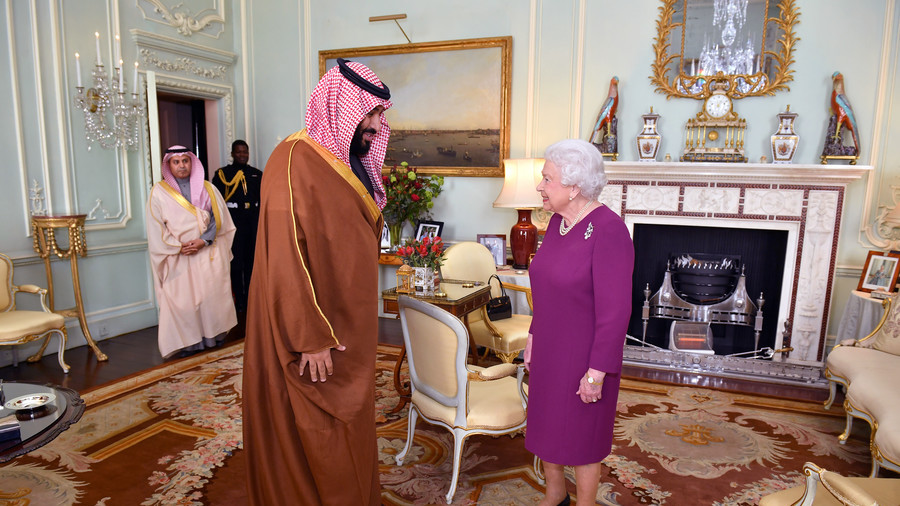 Britain’s Queen Elizabeth greets Mohammed bin Salman, the Crown Prince of Saudi Arabia © Reuters / Pool
.
Prince Andrew has come under fire after insisting he wants to build closer links with Saudi Arabia, via his Pitch@Palace initiative, despite the murder of journalist Jamal Khashoggi and the ongoing war in Yemen.
.

The Duke of York was addressing a host of entrepreneurs at the Emirates Palace in Abu Dhabi on Thursday when he made his comments – declaring that he hoped his initiative would expand into other Gulf states and also Saudi Arabia.

“We have been expanding over the past two years to include other members of the GCC (Gulf Cooperation Council),” the Duke of York said.

“What we are doing with Pitch in this part of the world is to work in partnership, first of all with the Khalifa Fund but also with Bahrain… and hopefully in the future with Saudi Arabia and other parts of this world.”

The Prince’s eagerness to create strong links with the Saudis has certainly raised eyebrows and plays in sharp contrast to business leaders and politicians who pulled out of the “Davos in the Desert” conference in Riyadh, as a result of the Khashoggi scandal. He did not make any reference to the incident during his address to company executives, The Independent reports.

In his closing remarks, he again repeated his desire to bring his pitching initiative to Saudi Arabia.

“It’s hugely important for us to have partners in the region, we look forward to working in Bahrain with our partners there and, as time goes by, we hope to expand also into Saudi and other GCC countries,” he said

The Prince’s remarks comes just days after a number of campaign groups called for the British Royal family to sever its relationship with the Saudis.

Allan Hogarth, Amnesty International UK’s head of policy and government affairs, said: “The appalling killing of Jamal Khashoggi is a worldwide wake up call over Saudi human rights for politicians, business people and, we would hope, for our own Royal Family.”

Andrew Smith, of the Campaign Against Arms Trade, echoed Hogarth’s views saying: “The relationship between both royal families is about influence.

“It’s part of the political relationship which underpins arms sales. But it has also done a huge amount to legitimise the corrupt Saudi regime on the world stage.” 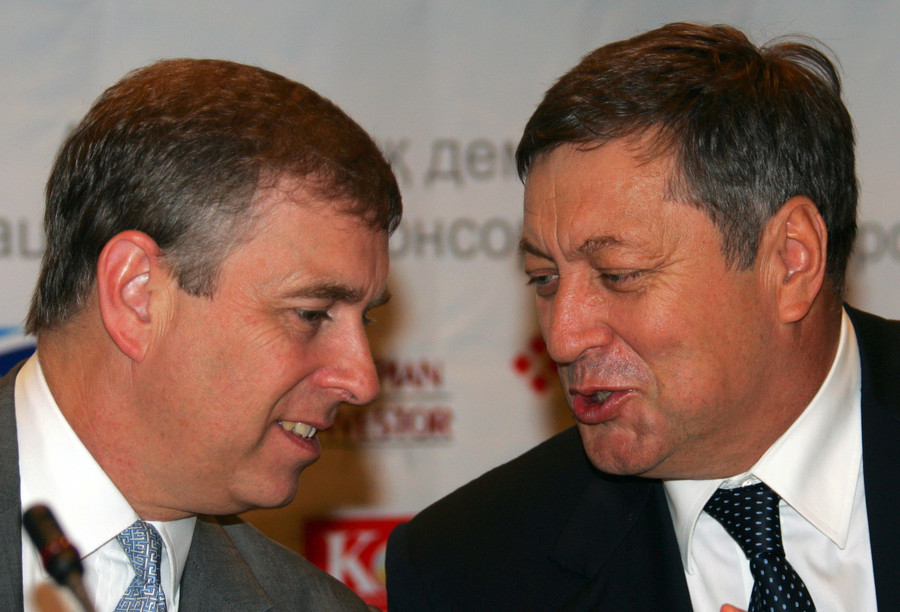 The Prince has been a controversial figure within the Royal family. He famously had to pull out of a trip to Saudi Arabia in 2011 as the UK’s special trade envoy, due to his friendship with the American financier and registered sex offender Jeffrey Epstein, who was sentenced to 18 months imprisonment in 2008 for soliciting prostitution from girls as young as 14.

Subscribe to RT newsletter to get stories the mainstream media won’t tell you.

The $1.5 Billion Campaign to Whitewash Genocide in Yemen

The $1.5 Billion Campaign to Whitewash Genocide in Yemen Tweet
This entry was posted on 27 October, 2018 in homepage. Bookmark the permalink.