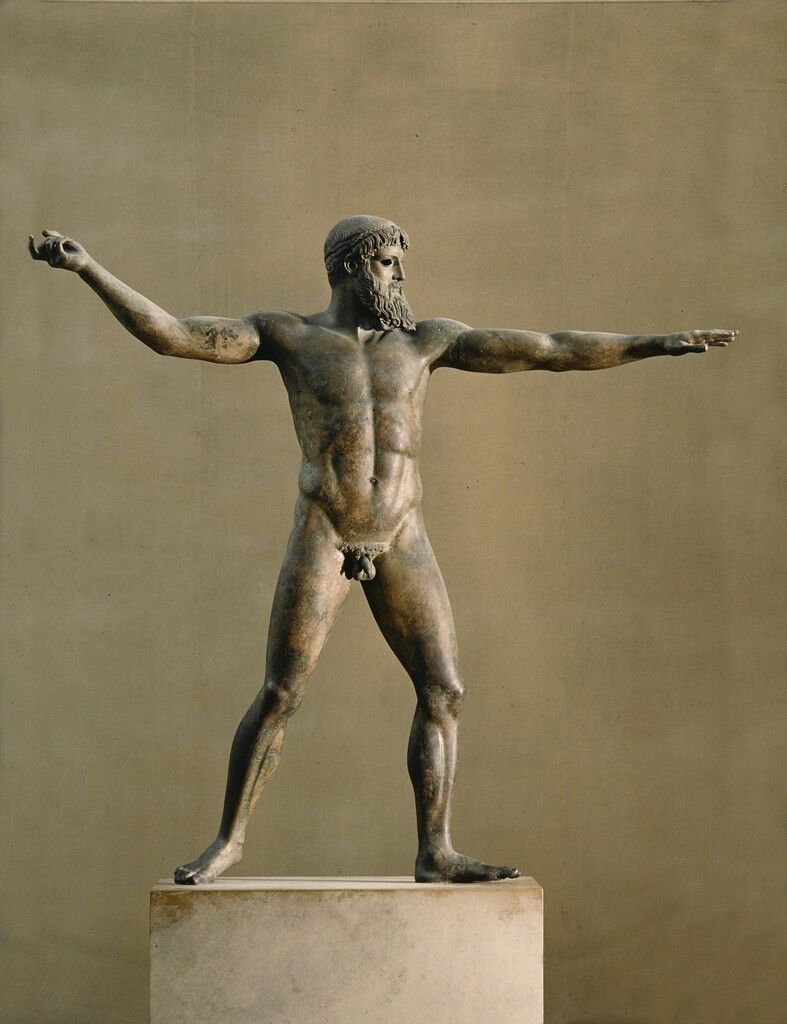 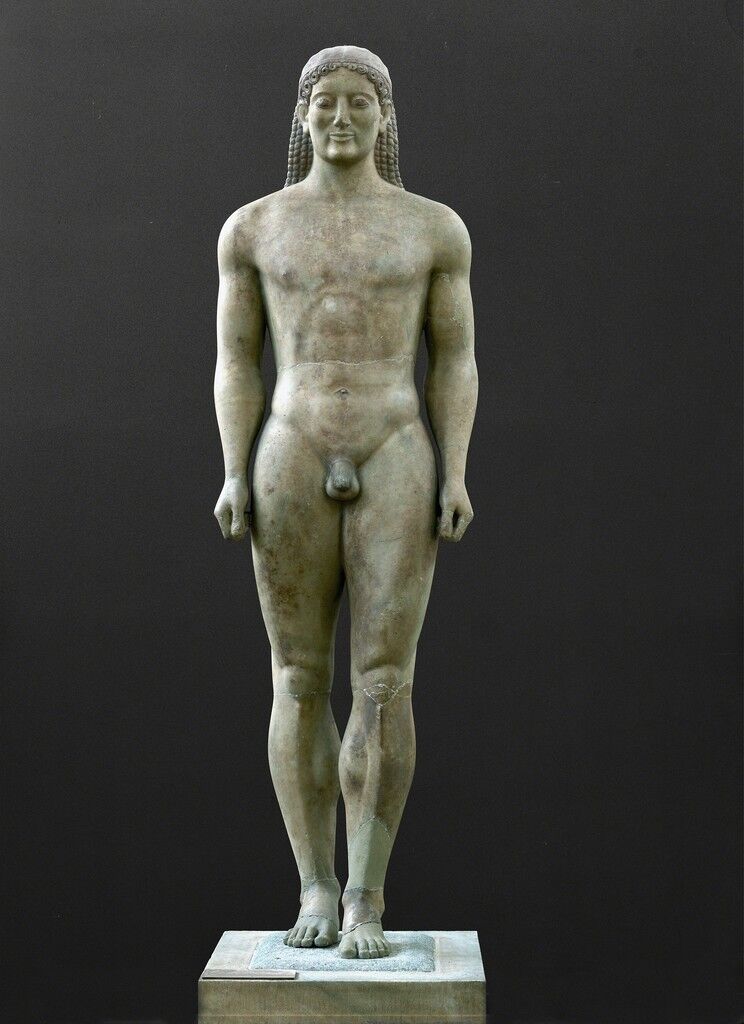 To the contemporary eye, their bodies are ideal—except for one, ahem, seminal detail. “They have small to very small penises, compared to the average of humanity,” art historian Andrew Lear, a specialist in ancient Greek art and sexuality, says. “And they’re usually flaccid.”

Countless contemporary art lovers and historians have been struck by the modest nature of the phalluses that feature in classical sculptures of gods, emperors, and other elite men—from Zeus to celebrated athletes. The small members seem at odds with the massive bodies and mythically large personalities they accompany. But the ancient Greeks had their reasons for this aesthetic choice. 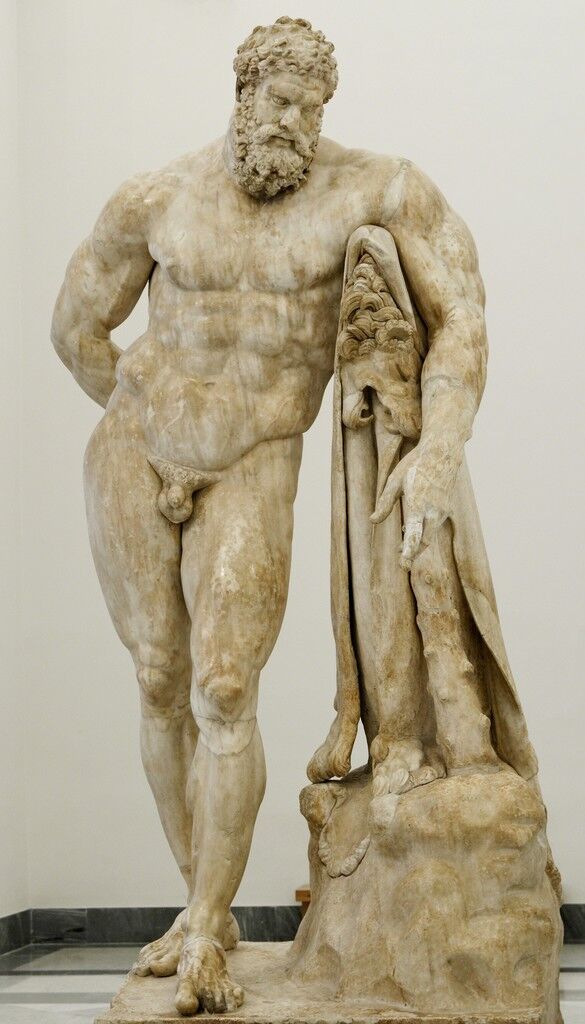 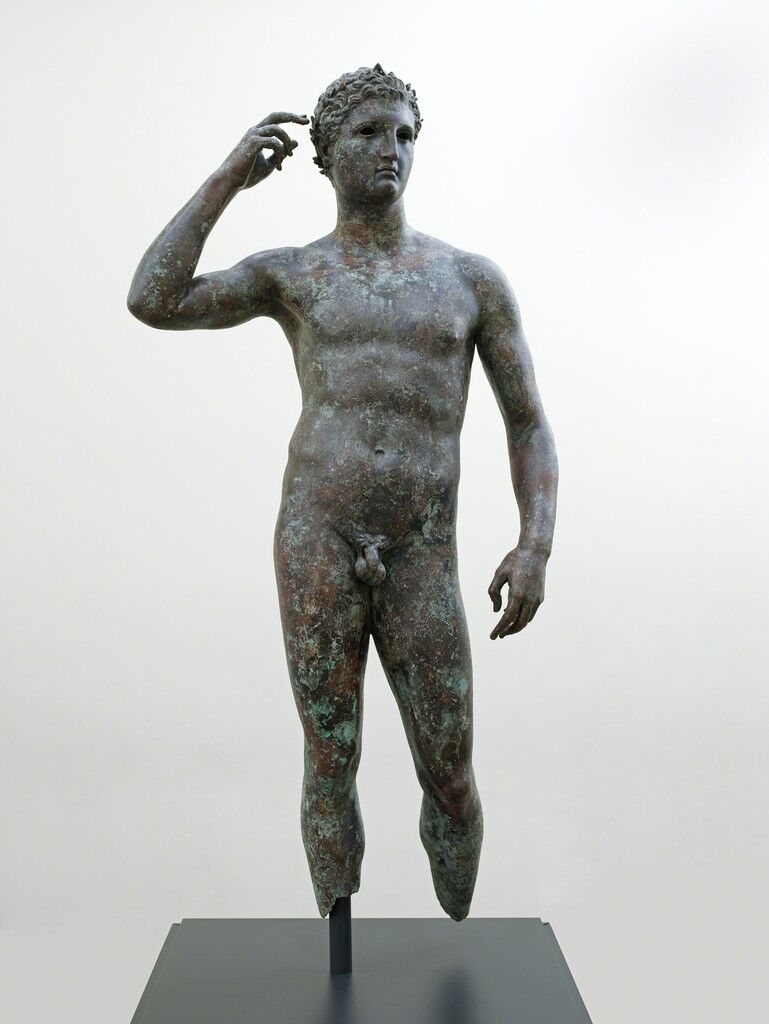 Rewind to the ancient Greek world of around 400 BC, and you’ll find that large, erect penises were not considered desirable, nor were they a sign of power or strength. In his play The Clouds (c. 419–423 BC), ancient Greek playwright Aristophanes summed up the ideal traits of his male peers as “a gleaming chest, bright skin, broad shoulders, tiny tongue, strong buttocks, and a little prick.”

Historian Paul Chrystal has also conducted research into this ancient ideal. “The small penis was consonant with Greek ideals of male beauty,” he writes in his book In Bed with the Ancient Greeks (2016). “It was a badge of the highest culture and a paragon of civilization.”

In ancient Greek art, most of a great man’s features were represented as ample, firm, and shiny—so why weren’t these same aesthetic principles applied to the penis? As Lear and other historians suggest, part of the answer lies in how the phalluses of less admirable men were portrayed. 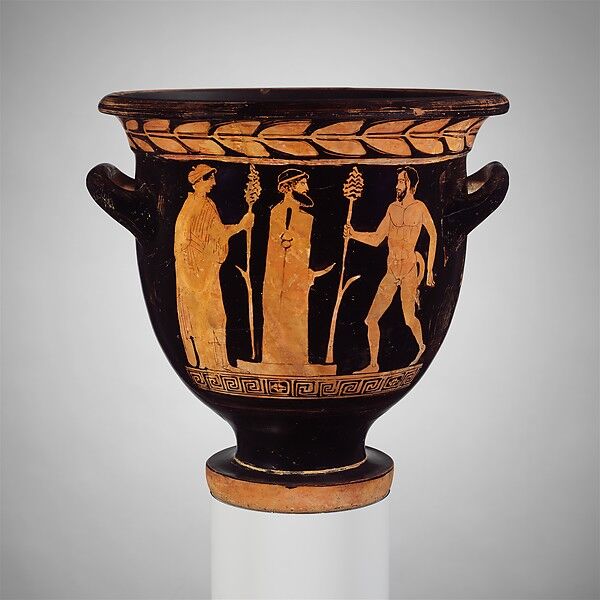 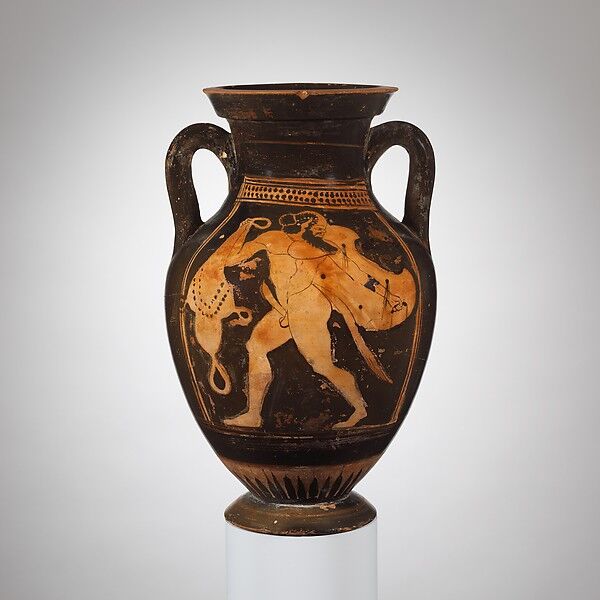 Lustful, depraved satyrs, in particular, were rendered with very large, erect genitals, sometimes almost as tall as their torsos. According to mythology, these creatures were part-man, part-animal, and totally lacked restraint—a quality reviled by Greek high society. “Big penises were vulgar and outside the cultural norm, something sported by the barbarians of the world,” writes Chrystal. Indeed, across many an amphora pot and frieze, well-endowed satyrs can be seen drinking and pleasuring themselves with abandon.

In Greek comedy, fools also routinely sported large genitals—“the sign of stupidity, more of a beast than a man,” according to Chrystal. So, too, did artistic representations of the Egyptians, says Lear, who were long-time enemies of the Greeks.

In this way, satyrs, fools, and foes served as foils to male gods and heroes, who were honored for their self-control and intelligence (along with other qualities requiring restraint, like loyalty and prudence). If large phalluses represented gluttonous appetites, then “the conclusion can be drawn that the small, flaccid penis represented self-control,” explains Lear. 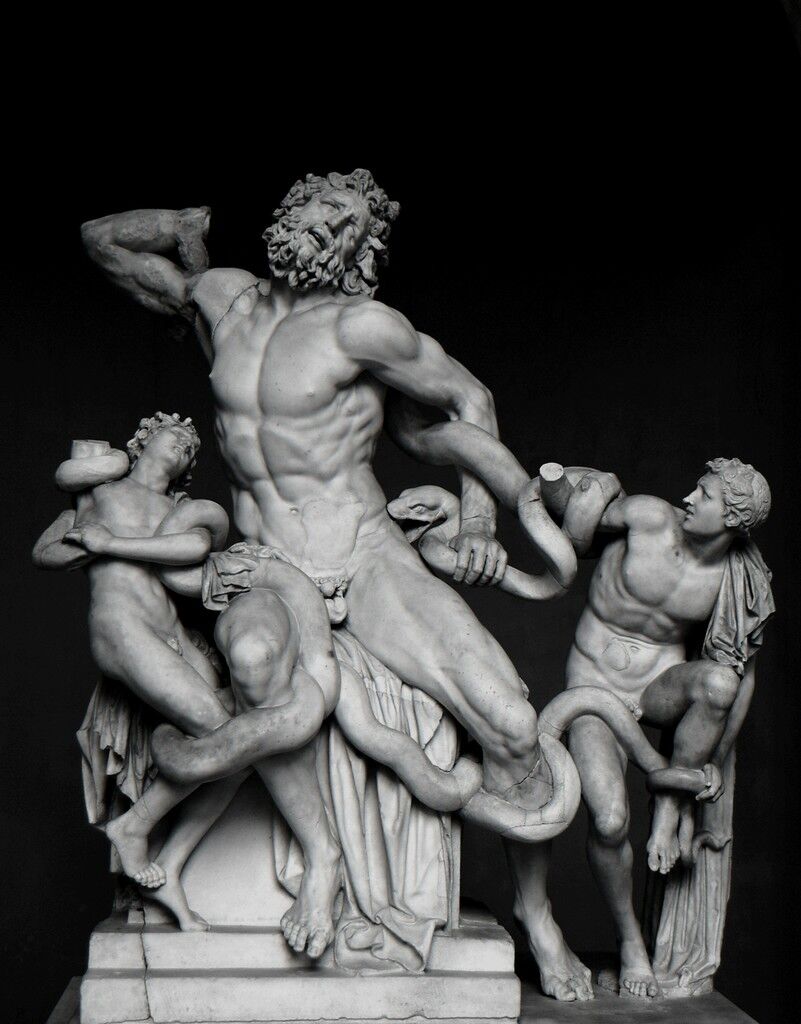 Laocoön and His …
Musei Vaticani, … 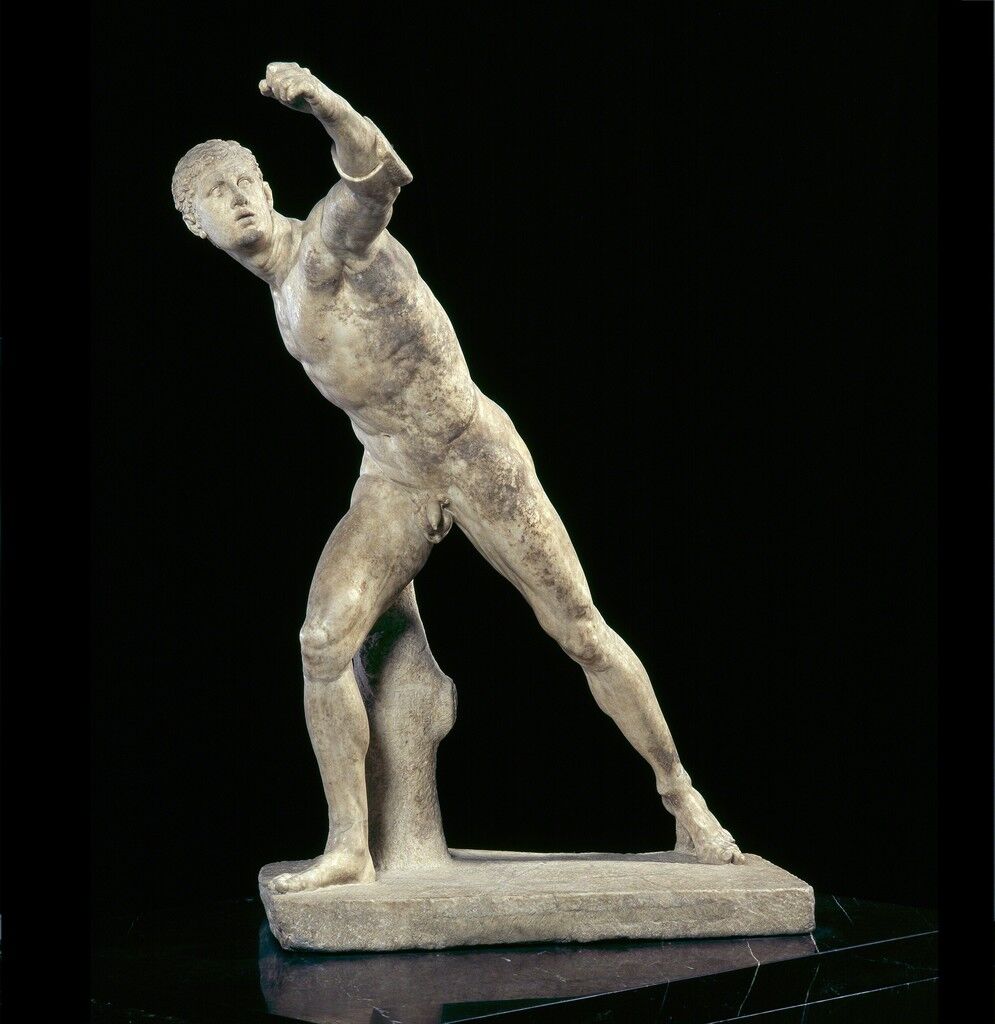 While today, being well-endowed is often equated with power and even sound leadership, “the penis was never a badge or virility or manliness in ancient Greece as it was in other cultures,” Chrystal writes. “Potency came from the intellect needed to power man’s responsibility to father children, prolong the family line and the oikos [the family unit or household], and sustain the polis [the city-state].”

There is no doubt that across ancient Greek art, the representation of the phallus—and its varying size—was symbolic. As Lear suggests, this might hint at why artists of the age depicted male nudes so often, even when a character or narrative might not require it. “They used the penis as an index of character,” explains Lear. “It said something.”

Back then, it indicated whether or not a man was upstanding. But while the cultural symbolism of the penis has since shifted, some things haven’t changed. Then, as now, the male sex was seen to be the distillation of a man’s ability to dominate.

By Alexxa Gotthardt
Alexxa Gotthardt is a Staff Writer at Artsy.
Tweet
This entry was posted on 31 January, 2018 in homepage. Bookmark the permalink.