‘A POETRY OF NOISE’

Posted on 3 September, 2022 by Rupert Loydell 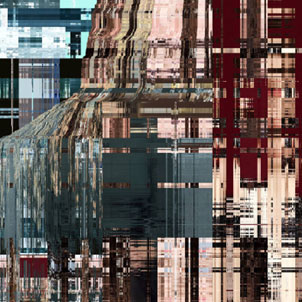 Cindytalk was originally a noisy post-punk band, who from 1984 spent a decade releasing surprising albums that followed their own sonic interests without hesitation or compromise. There were quiet, almost ambient, albums, improvised music, tinges of industrial and electronica, sometimes written as film soundtracks, sometimes with links to specific visual art images.

After 1995, Cindytalk wasn’t always a group, instead it was front-person Cinder as a constant nucleus with others in orbit around them as and when required. There were improvised performances and a focus on collaboration and electronics. Subterminal continues with that trajectory, following Cinder’s return to Glasgow, where the band started out from all those decades ago.

False Walls are based in Kent, but CJ Mitchell, who runs the label, lived in Glasgow for many years, and was in contact with Cinder back then. The label had a previous life in Chicago in the early 2000s, but has now reincarnated, with digital reissues and a catholic selection of forthcoming titles, including a box set of live Anrew Poppy recordings, and new music from Evan Parker and Henry Dagg.

The title of my review comes from a quote by Cinder on the press release. Don’t let the word ‘noise’ put you off though: this is a dense, quiet, compressed album of sound, carefully assembled from field recordings, treatments and re-workings of music created during the process of recording a previous album.

Each of the four tracks is long enough to allow the listener to be sucked into the abstract landscapes which are evocatively conjured up here. Sound is sustained, drifting through changes of texture and dynamics, other noises echo and fade, interrupt and disrupt, feedback starts up then immediately ceases.

It is disturbing, intriguing stuff, music to drift and dream in. There are few points of reference: only Mick Harris’ albums as Lull on the Sentrax label, and Peter Hammill’s ‘Magog (In Bromine Chambers)’, from the In Camera album, come to mind. Perhaps the art is a better touchstone: the glitched and treated images by artist Paul Tone create organic cyberscapes, seductive digital patterns and forms.

Cindytalk are pushing the boundaries of what music can be, reinventing and pursuing sonic possibilities, combining the actuality of the world with the imaginary and hallucinatory to create a magical, intriguing four-part work. 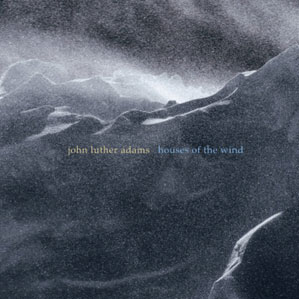 John Luther Adams also challenges traditional composition and classical expectations with his work, which is often long and abstract, rooted in American landscapes, particularly Alaska where he lived for many years before moving to New York City.

For many years he too (like Cinder) has made field recordings of nature at work – he specifically mentions fire, ice, thunder and the creak of glaciers – ­but also aeolian harps, wind-played instruments out in the open, producing constantly shifting tones and drones. His new album Houses of the Wind, is constructed from a ten minute recording of one of those harps, composed (or assembled) in the studio.

It is a much more static and less dynamic music than Cindytalk’s, perhaps more easily placed within a tradition of drone-works such as those made by Alan Lamb and Jon Rose, and ambient music as articulated by Eno, where music must be as ignorable as it is listenable. You could also play join-the-dots to Adams’ Cold Blue labelmate Chas Smith who creates and plays his own instruments, and of course to Adams’ own extensive discography.

This musical house contains five different winds, five different moods, five 10.5 minute tracks, each of which ebbs and flows, swirling around the room into your head and mind. It is a calming, windswept music that gently blows worries and discontent into the distance like unwanted sand or snow, yet enlivens rather than dulls. It will be interesting to see if Adams incorporates this way of working into future music, and is always interesting to see musicians from different genres working in similar ways.