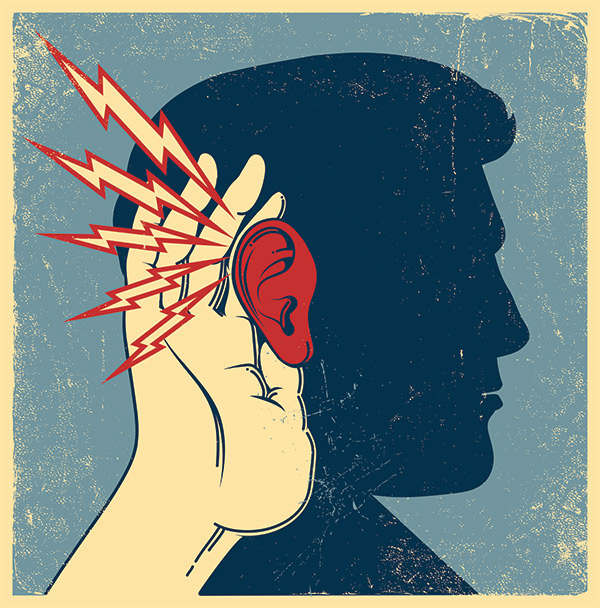 In my right ear there is a constant screaming pitch at the moment;
The result of infection that is pushing each thought into flame;
Dirt on the drum has effectively wrecked reason’s rhythm.
I can barely complete tasks. Even writing, and the distractions
Within beget blame: that I maybe wasting the day as I prey to heal
This disorder. My thoughts and health feel assaulted as others
I know suffer more. But there is still a wound to these words
And an enemy in the aural; riding the air, a wasp spirit,
Imprisoned behind open doors. I am seeking the touch
That bestows salvation, solution: as are we all as around us
The world we once knew feels returned. And yet it has a germ
In it now, some further form of infection; a doubt or suspicion
That even on a cold English day streets are burned. Very few
Here wears  a mask, that ultimate imposition, government badge
Sent to stifle the dissenting voice and silence the specific music
Of breath once sweetly shared between people, despite the coughs,
Phlegm and sputum that undermine health’s pretence. I wear
My mask on a bus, and on a train now I’m older, wondering
If my capitulation makes me another faceless drone, or corpse
Stacked in some of the lime pits to come, reminiscent then
Of what happened eighty years past, while the younger
Defy each dictate, what’s attacked? Our lost sanctity,
And former sanity for that matter; under which facts
Could be trusted and figures revealed honestly
And when in fate’s soup this dry croutoned country
Continues to crumble while forsaking flavour as well
As true legacy. Everyone knows that despite whatever
Infections affronts us, our means to recover are as
Questionable as the jab, that protects to some point
While still leaving room to slip under, as the storm
In a teacup spills over and while the resistant muscles
Of those like me sipping numbly consistently turn into flab.
I can’t even read.  As I write there is this pitch in my ear,
This sharp signal. If it is portent or promise awaiting its cure
I can’t tell. And yet here I am screeching some sort of song
In the suburbs, whether it truly is scream or standard,
Only the covers to come may compel others after me
To make a more acceptable world, a calm poem.
But behind my eyes there is anquish as I am a hostage now
In my head. And yet I will carry on, for a while, as others
I know face harsh struggle. For them now and the future,
I urge you all: dare the dead. And become wizard, or witch.
And to then know what that means. Minds are magic.
Unearth fresh resistance. Drown out those who’d douse us.
And let the soothing start as fear swells. For we all have
Our work. I am looking for mine, love and silence. But even
As alarums alarm us we can let new signals start.
Seek their spell.
David Erdos October 28th 2021
Tweet

View all posts by David →
This entry was posted on 6 November, 2021 in homepage and tagged David Erdos. Bookmark the permalink.