Acts of Subversion and Commentary 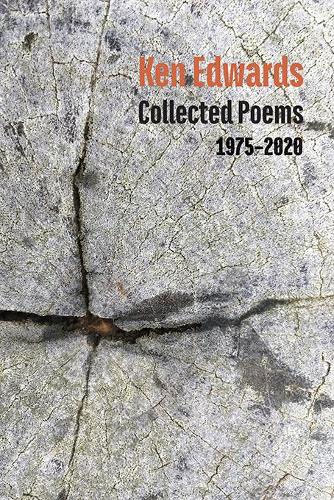 Ken Edwards rightly notes that a collected poems is a kind of tombstone, though most might prefer to think of it as a summary or marker. Either way, having never been persuaded by the idea of poets writing ‘occasional poems’, it’s always good to have the chance to look over the whole of an author’s output, to chart their obsessions, themes and the development of ideas and ways of writing.

Edward’s selected poems came out a few years ago. It was impressive but – as I noted at the time – it missed out what many readers, myself included, regard as his best book, which at the time was still in print. Thankfully, Good Science is here in its full glory, gathered up with a lot of other work.

For much of this book Edwards is a city poet, one of a number of (for want of a better term) experimental poets rooted in popular culture but also engaged in critiquing that culture, often by engaging with the actual language that culture uses to maintain itself. So here advertising slogans, news reports and contemporary music rub shoulders with each other, recombined and remixed in acts of subversion and commentary.

Edwards also has an eye for image and detail. Earlier poems here are small snapshots focussed on moments (he returns to this later on in the haiku-esque miniatures of Chaconne) but gradually develop into longer, more politicised and self-aware texts. City life, free jazz, contemporary classical and improvisation, the rhythmic ebb and flow of the places he lives in, along with how the television and newspapers report what is going on, feed into the work. Rioting and fires, police brutality, political shrugs and avoidances are all here, as is the more mundane and everyday, in fluid poems that slip and slide across the page: moments of lucidity, opinion, narrative and reportage juxtaposed one against the other, just like in real life.

This is not a poetry of declamatory simplicity though. Edwards is aware of both linguistically innovation and lyrical traditions and much of the work here is at its best when the narrator self-critiques, questioning what he writes even as he is writing it; but there are also moments of stark beauty and self-awareness, informed epiphanies and questioning self-expression. Later work is sometimes – or, at least, appears to be – autobiographical and reflective, the author trying to chart his personal history, how he got here from there; again, making sense of the world from the information given and received.

Like all good poetry this is writing that challenges, doubts and reinvents as it goes along. Edwards may have (mostly) moved on to writing fiction rather than poetry, but he has left us an astonishing 500+ pages of tumultuous, engaging poems that chart 45 years of living and lived poetry and language.

View all posts by Rupert →
This entry was posted on 29 May, 2021 in homepage and tagged Collected Poems 1975-2020 Ken Edwards, Rupert Loydell. Bookmark the permalink.