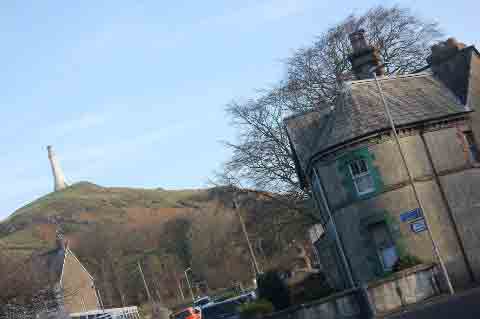 Christmas having come and gone again, I happened to be in Ulverston, where although the festive lights have been efficiently swept away, a large, undressed conifer still stood by the war memorial at the junction of Market and Queen Streets. Wandering the faded, once grand-in-places town, overlooked by Hoad Hill’s lighthouse-style monument to Sir John Barrowi, occasionally a winter sun shifted us closer towards hope rather than disappointment. 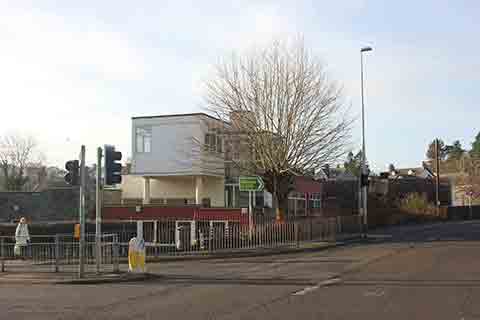 At a pedestrian crossing, stranded between traffic, I thought again of the quote attributed to Benjamin Franklin that “Democracy is two wolves and a lamb voting on what to have for lunch.” In fact, there is no proof that Franklin ever said thisii, nor that Jefferson described democracy as: “Nothing more than mob rule, where fifty-one percent of the people may take away the rights of the other forty-nine”. Sadly, our democracy doesn’t even require fifty-one percent.

“Before real democracy (not the burnished byword for every compromise and caricature going) can work, stupidity must be confined to minorities, and there is no clear way of doing this, since stupidity freely penetrates all levels of education and material wealth, class “intelligence” and opportunity . . .”iii

As with democracy, so Christmas itself often serves as a locus of the battle between hope and disappointment – not to say disillusion. For me Christmas is the clearest crossing point between years. New Year, so-called, is merely a clinical date, another excuse to get excited over nothing or have a further stab at ridding the winter darkness. Not that my scepticism prevents me from acknowledging or even wallowing in this other, extra, designated end and beginning . . . of eking out the poignancy of something already departed and newly begun.

After Boxing Day or even after Christmas Eve, it always feels to me like I’ve passed into another world.iv This year – which is now last year – on the day before Christmas Eve, my daughter and I went on an all-day walk. Passing some of the same points in space a week later, found them gilded as if retrieved from a long-lost photo album celebrating a previous life. Of course, as my daughter had complained on our walk, my expectations are always too high, not just for Christmas, but for democracy, for sense, for fairness and unselfishness, for everything. And what I want, I want for everyone not just myself. 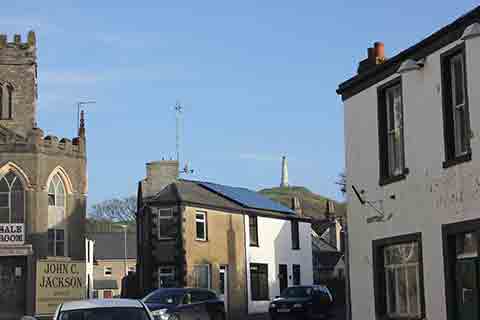 Every year I feel that Christmas as we live it, is a run through for an ideal version forever out of reach, and it’s easy to feel like that about life in general, with the only difference being that the ideals are disappearing at an increasing rate. I don’t want to spread doom and despondency, but I do wonder when that essential majority is going to wake up.

Without perhaps being fully aware of it, Christmas may be the season of greatest remembrance for almost everyone? Anniversary to both magic and sadness. Is anything universally better at creating a corridor of mirrors into the past – throwing you easily back to the transient excitements of the season as a child and since? Old baubles reflect rooms long gone and past decades become more real than the present.

Overlooking the mild double-entendre and casual sexism, the bittersweet melancholy which pervades the entire world of The Likely Lads (1976), becomes as lifeblood dripped onto dust to bring the world of the past back. Yet perhaps, at the same time, the atmosphere (at least of the feature film version of The Likely Lads) shows exactly why things can never change. It’s easier just to get on with living one day at a time – blindly grabbing whatever opportunities arise. Not enough of us have the energy to resist or challenge things. We leave such business to the greedy, the over-confident and the martyrs. The ‘ordinary’ just don’t do enough, don’t even vote – or are tricked into voting for the wolves that will eat themv. Doesn’t everyone know that ‘progress’ has always been a scapegoat or a joke? 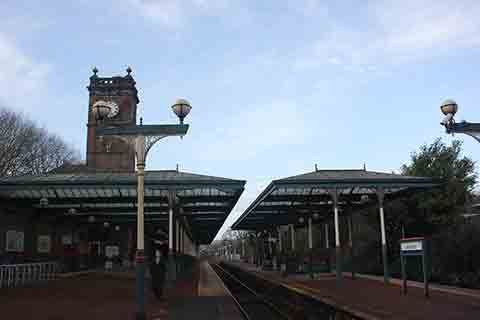 Most of my older relatives, (with whom, like many of us perhaps, I had little in common besides a shaky and obscure family history), are now gone or dispersed. Even at Christmas they argued, sometimes fiercely, over politics. In the end however, they habitually withdrew, certain they couldn’t change anything. Quite consciously, as is common, they knew that most politicians are out for the main chance. Subconsciously, they also had the suspicion that we, humanity, are the parasites of the earth – out of control for centuries. Despite this and every negative sliding undercurrent, the best of our relatives come back to haunt us at Christmas. They survive in vignettes – just as fragments of Ulverston survive in its trafficked streets and quiet cul-de-sacs.

In closeup, goldened by the low sun, Ulverston’s windows, ironwork, quoining and parks become immune from the creep of winter and the ever-increasing instability of our climate. In closeup, these buildings transcend their faded glory. What was their original aim, and could one really approve it? Imagining these villas freshly built, with horse-drawn vehicles following new-born lanes under gas lamps, gives me a sense of hope or potential, until you remember the destruction and exploitation involved – of people and of resources. A few reaped the benefit, and more than a century later the beauty and craftsmanship in curving station lamps or worked-stone grandeur, remains visible. We celebrate the artefacts, happy to forget the immorality behind it: not only the exploited working classes of this country, but the acquisitive bullying and theft abroad; the enforced conversion by religions corrupted to serve nationalist interests; the murder and slavery in jungles, plains and deserts out of sightvi.

At this point I wanted to see which past evil empires the internet considers worst. Sure enough, there were plenty of lists. 25 evil empires you should contemplate before you die – that kind of thingvii. Whether the one I read is intended as a countdown, isn’t clear. The Comanche are at number 25, the British Empire number 1 – yet in the brief synopses presented, the British Empire seems mild compared to, for example, Mao’s extermination of 45 million. The information presented, which may or may not be accurate, can’t help coming across as glib, like something on a crisp packet or beermat. Bite sized for quick consumption. A Top of the Pops of Tyrants, which perfectly encapsulates both the potential of the internet and its failings. Its hope and its capacity to keep us asleep: excited or appalled by some Wow factor. Thankfully, at least the list I chanced upon, didn’t include the Galactic Empire or the Klingons. 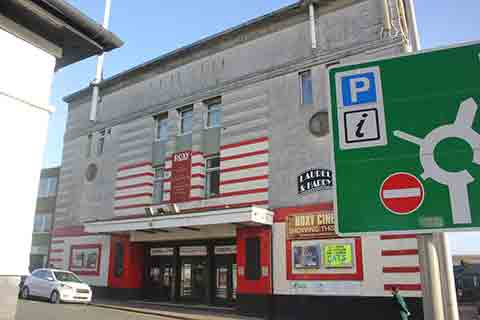 Just the other night we were watching Patricio Guzmán’s The Pearl Button, (2015)viii. Partly about the Argentinian genocide of the Patagonian Indigenous peoplesix (led by Julio Argentino Roca in the 1870s), the film later shifts into the horrors of The Disappeared under the regime of Pinochet – dictator and good friend of Margaret Thatcherx. At the same time as bodies were being dumped by helicopter into the pacific, wired to sections of railway track, Bob and Terry larked and gloomed their way around Tyneside. Is it complacent to assume that a Pinochet could never thrive in the U.K.?

Our personal battle with damp and mould became acute over Christmas, the unnaturally mild temperatures and incessant rain (which has also encouraged an explosion of slugs) providing a stark contrast to Australia burning. Having never learned how to live in a balanced way, various human dreams all over the planet must now be revealed for the corruption of their origins as well as their hubris. Most are becoming nightmares.

A small-scale illustration of the inaction of the ordinary – including ourselves, for although we don’t live that near, we knew nothing about it – occurred on our way back from Ulverston, in Grange-Over-Sands. Alongside the railway, at the western end of Grange promenade almost all the gracious, mature trees have been felled. There are no notices explaining why. The environment has been decimated, probably for no justifiable reason – or not one I’ve so far been able to discover. Leaves on the line is no excuse. As with HS2xi, most of us are not taking action on either the national or the global issues fast enough. It seems we are content or resigned to leaving everything to the idiots with the money or the mercenaries who carry out their ordersxii.

 A feeling I used to have far too often – being oversensitive in a way common to artists, writers and dreamers perhaps? At one time, when I was younger, I would feel ends and beginnings at every slightest crossing point, after every holiday or few days in a different place; at the end of spring and summer; at the end of the weekend; at the end and beginning of every day! Have I since become more heartless or more cautious? “in the reason society’s superior vacuum, indifference is all” (ibid, The Bow)

 My son Joe, drew my attention to Walter Benjamin’s much more concise formulation of this dichotomy: “There is no document of culture which is not at the same time a document of barbarism” a line from his Theses on the Philosophy of History – which also serves as epitaph on his grave in Portbou, Catalonia.

Tweet
This entry was posted on 25 January, 2020 in homepage and tagged Lawrence Freiesleben. Bookmark the permalink.