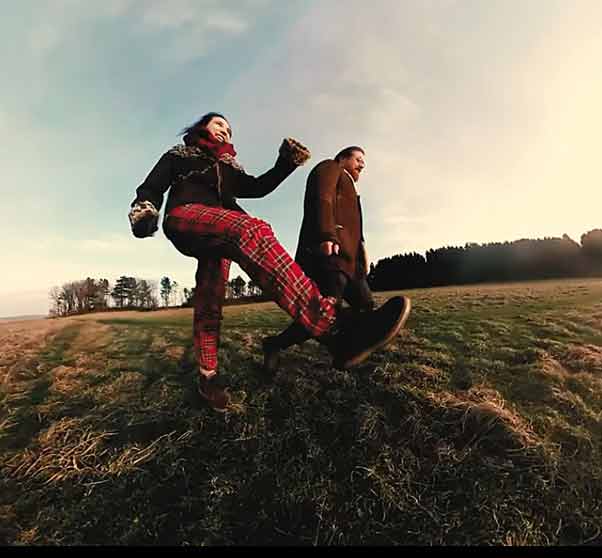 Edgy Scots indie-folk, with dashes of added street cred, and curious darksome, sometimes surreal-words. A hard-to-pigeon-hole sound, but brimming with attitude. Fiddles, beats, fusion, psyched-up sounds for clubs and even the dance floor.

‘The Black Cat’ – was recently the BBC Radio Scotland single of the week. It isn’t representative of their output, but it’s a bit of a show-stopper. Sort of Nico chats up HP Lovecraft and joins the Samhein coven party with Captain Beefheart…

And, a music video by Iona Lee: 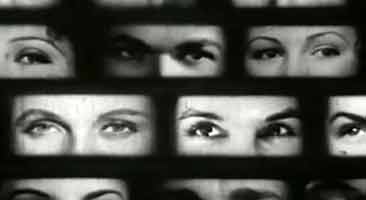 You can find out more about them and listen and watch their output. An eclectic mix and mash-up of traditional playing and eccentric experimentation. 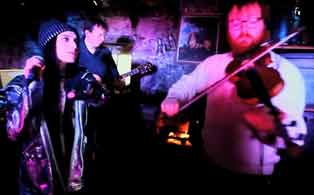 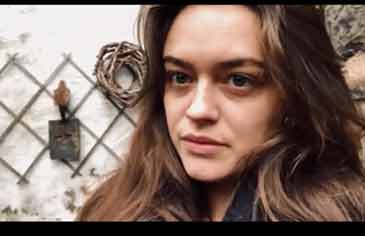 ‘All things that are’ poem:

And: ‘Up all Night’ (this morning). Iona with Jack Hinks: 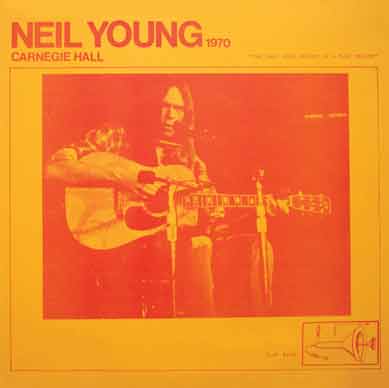 ‘Cowgirl in the Sand’, with gorgeous sound, mess-ups ‘n’ all: https://youtu.be/4SUDdzMzzPI

From over 50 years ago, many glimpses of the Neil Young modal magic. This is Neil in falsetto, acoustic configuration. He sounds relaxed and at the top of his considerable form. However, it’s hard to keep up with his formidable outflow of archive material.

It’s definitely a double album of ragged, haunting beauty. He’s released four live archive albums since June 2021. Another Crazy Horse album, ‘The Barn’, is soon to be released. In the meantime, this Carnegie album is apparently the first of six instalments in the new Bootleg Series, the remainder projected to be released in 2022.  This is a great live album. High-Flying Neil sharing versions of tracks from Buffalo Springfield, CSN&Y and his ever-burgeoning solo career, which was poised between ‘After the Goldrush’ and ‘Harvest’.  So, much gold-dust to sift through from ‘Down by the River’, through ‘Old Man’ to ‘Ohio’, to ‘Dance, Dance, Dance’.

‘See the Sky about to Rain’: https://www.youtube.com/watch?v=q9h1cktTJmk

Miley Cyrus – the Backyard Sessions and beyond 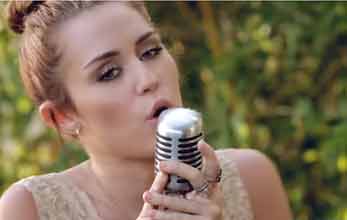 Miley has grown up, matured into a powerhouse singer. She rocks. But she also seems to inhabit each song she sings. It becomes her new dress. The Backyard Sessions that she has been involved in have been broadcast on-line in 2012, 2015 and two sessions in October and November 2020. These stripped back performances came as a surprise to me, but a nice one, in our bumpy old world at the end of 2021.

Here’s ‘Jolene’ from 2012. Fab version and a good band with a country vibe:

Back in 2015, to launch The Happy Hippie Foundation, Miley created a new Backyard Sessions series and invited special musical guests to perform with her to make these music video collaborations.

– But it has never been commercially available: https://www.youtube.com/watch?v=fucJSNpyjP4

Look What They’ve Done to My Song featuring Melanie Safka

50 Ways To Leave Your Lover

Peace Will Come (According to Plan) featuring Melanie Safka 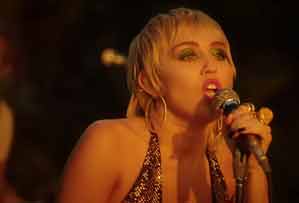 And here is Miley with the Social Distancers on ‘Let’s Breathe’ from 2020 live backyard sessions: https://www.youtube.com/watch?v=l_ZOhMSPqVc

Finally, watch and listen as Miley explore her inner Janis Joplin with ‘Maybe’ at a recent festival in October 2021 in the USA: https://www.youtube.com/watch?v=kwJSTcvhq8c 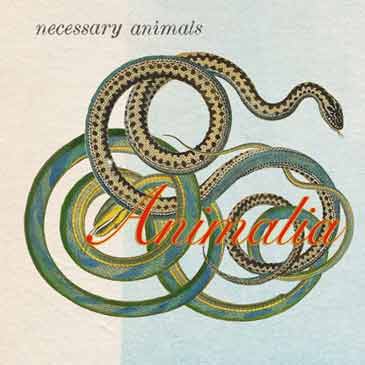 ‘Animalia’ from Necessary Animals, is crammed full of Spectral singing – sounds of psychedelia – phasing, loops, doomy bass lines, floating brass lines. Definitely quirky weirdness. Odd time-signature changes, which sound a bit too jagged on the opening track, ‘Driving out of Town’.  At times perhaps reminiscent of Siouxsie when she was fronting the Creatures.  But it all settles into its umbilical home, a ghost-like sonic cavern, dripping icicles, stalactites, that set the tonal-groove for much of the rest of the album. Haunting, and haunted. The ethereal vocals, occasionally a tad discordantly, feature Ingvild Syntropia and Amanda Thompson.

All in all, this is music languidly stretching itself into black cat wakefulness… just waiting in the shadows, searching for the film or video to adhere itself to. Necessary Animals’ ‘Animalia’, out now on Aldora Records Britain, as well as their own Bandcamp, and Facebook page.

Keith Rodway suggests: “If you have a spare fiver, head on over and grab yourself some tunes!” 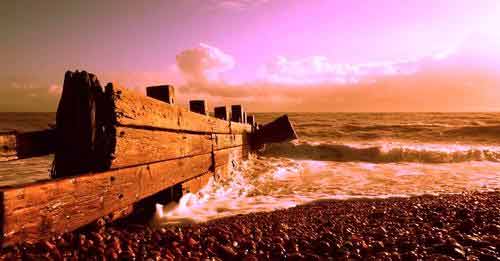 Next up, ‘Romney Marsh’.

Oodles of atmosphere. Mostly instrumental and electronic Sonic Travels and Adventures. ‘Romney Marsh’ is the title track video on bandcamp:

In the words of Harris Barham, in ‘The Ingoldsby Legends’, “The World, according to the best geographers, is divided into Europe, Asia, Africa, America, and Romney Marsh.”

It’s a creepy audio-palette, unsettling, filled with dread and foreboding. A tinkling, spine-tingling place. Musically elaborated and populated with deep, oft unseen-fear and unreality. The album exudes brooding and a lurking presence. A place and space filled with the Heart of Darkness.  Keith Rodway told me that the seven tracks comprise jams and improvisations, recorded during sessions for ‘Animalia’, the third album by Necessary Animals. These jams have been re-purposed by Kalamari, who has added layers of piano and sound effects. The album, ‘Romney Marsh’, reflects the quark, strangeness and mystique of this 100-square mile area of East Sussex and Kent, which includes Dungeness, once home to artist/film-maker, Derek Jarman. It is technically both Britain’s only desert and the largest shingle bed in Western Europe – a military range, wildlife sanctuary, wind farm, light-craft airport, waste water treatment plant, and the decommissioned power station.

Keith Rodway told me it is also home of the converted windmill owned by Paul McCartney, where ‘The Threetles’ recorded the last Beatles’ singles, ‘Free as a Bird’ and ‘Real Love’.

Each track on ‘Romney Marsh’ is named after an area contained within this zone.

Rodway and Kalamari are supported in this venture by Nick Weekes, a guitarist who apparently wished to remain anonymous, and, on ‘Dengemarsh’, Amanda Thompson and Kim Thompsett. 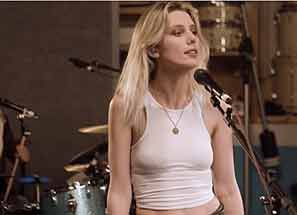 Lots of sweet harmonies, down-home lush sounds. It is faintly reminiscent of a long-lost halcyon age of ‘60s romance, soft summer-sunshine melodies – from the likes of the Carpenters, Daryl Hall and John Oates, David Gates and America. It isn’t really as edgy as I personally prefer, but it’s a very classy, sometimes overly lush pop-product. Somehow, though, it feels contrived – an emotional confection conjured up by a whole host of Musical Master Chefs.

‘Last Man on Earth’, video from the ‘Blue Weekend album:

And a more subtle, ‘live’ version from Jools Holland’s ‘Later’:

Finally, Gogol Bordello: ‘Start Wearing Purple’ video – just ‘cos I like it! It reminds me of the Gypsy/Traveller vitality and spirit of live festies. 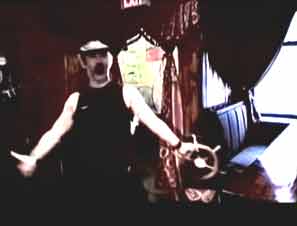 Plus, the maniacal live acoustic set from Tiny Desk archives. Do watch further into the Gogol Bordello set… by the fourth song, Hutz is dancing on the tables. Alcohol induced madness. Wonderful stuff. 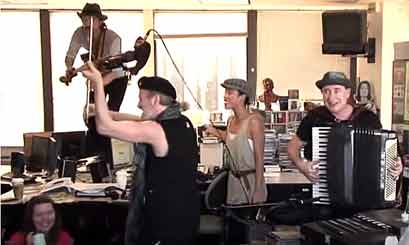