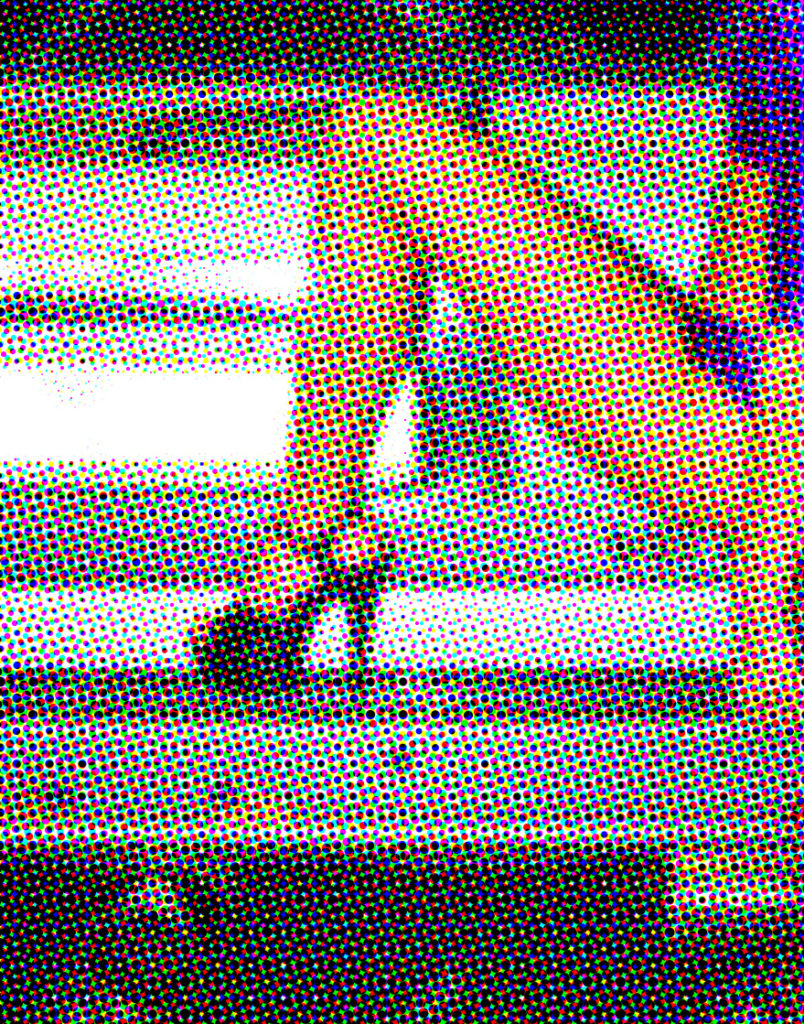 Nikki was a five and dime hustler. She had a fake-bake glow, red fish lips, and the kind of hips that could straddle a 6-foot mobster on ice. Her dreams, stapled with twenty dollar bills and the cheap throwaway thrills a man gets when he feels lonely.

“I don’t know; I’ve never done this before.”

“Twenty bucks buys you a blow job and a hundred takes you to heaven’s door.”

……..“Well I guess that’s the closest I’ll ever get to heaven’s door.” He had a low baritone voice gravelled with heat.

…….They left the curb and Nikki sat in the passenger seat flicking her fringe and blowing gum bubbles at the same time. She felt uneasy, like a scrap of animated moth dust about to get fried.

…….“Could I ask what kind of job you do, mister?” She twirled her thick, Fusilli shaped butter cream curls around her long fingers, the tips dipped in purple passion polish.

…….“You can ask.” His wild, unruly brows and v-shaped point in his hairline gave him a disturbed look. He was sloping forward in his seat and his small Smartie sized eyes were popping up, down, and all around her. They were a lurid mix of mildew green and taupe, reminding her of rotting pears.

…….Guys like these scared Nikki the most. They were closed and out of control. She’d been lucky so far, nothing serious, just a few bruises and a busted mouth.

…….“Just sayin’, it’s pretty late is all. Wondered if you worked crazy hours or something.”

…….“Yeah well, you don’t need to wonder about nuthin’. I’m payin’ for your time so your ass, and everythin’ above and below it is effectively mine, the minute the clock starts.” He leaned closer to her, staring at her thighs and her awkward blue stilettos. They were a couple of sizes too big, and she had stuffed them with paper. It didn’t show but her feet were hammered raw.

…….“No, I’m good.” He lit up a cigarette and drew in deep, his eyes locked on her blouse. It was tightly cut and stressed the curve of her breasts, leaving a nipple imprint on the material, which turned him on. He started to sweat. And his voice tightened.

“We’ll pull up after the next lights.”

…….Nikki could feel him undressing her – it made her sick, her stomach knotted like a Danish pastry. She reached down and fiddled with the strap of her shoe, revealing the tattoo on the nape of her neck, a rose with ballet slipper, pink petals trailing her shoulders. She looked up. They were in a deserted mall.

…….“I come here sometimes when I need to be alone. I work over there.” He pointed to the Walgreens store, his hands were oversized, liver spotted brown and meaty  with chunky heavy fingers.

Great, just what I need, a fucking self-loathing mall clerk.

He scowled at her with a dead lust, the kind that feeds evil.

“Take off your shirt – do it slowly.”

“Sure.” She breezed, with gum in her teeth.

…….Nikki unbuttoned her blouse, tracing her open lips with her fingers, faking a smile. She was play-bunny cute. Just as she was about to reveal her breast, he leant forward and kissed her hard on the neck. It made her shudder. He tasted good, so good that Nikki felt bad. He pulled her by the hair and lifted her face to his, inches away, then locked his lips on hers spreading her legs wide with his hand. She gasped, the heat was intense. Torrid.  As they lay wrapped in each other’s orbit for what seemed like an age, Nikki opened her eyes to find that the man had vanished and in his place was a hybrid with hooves, a male torso, and a tail. She screamed and kicked him hard, “Jesus Christ – what is this – who are you? Get off of me, get off me now.” Terrified, she struck at him again and tried pulling away, her legs striking in all directions. He smirked, his lips stretching way past his nose like a fairground clown. Leaning back in his seat, “You’re only tripping. This will all be forgotten in ten minutes flat.”

“What, so now you talk, what are you? I mean Jesus Christ?”

…….Nikki was flipping out. The car door was open, so she jumped free, hurriedly clipping the car park, her heels scraping the ground with a noisy clack. She dug her phone out of her purse and tried dialling 911 but the keys got jammed. The car lay still with the hoof hybrid still in it. Got to get out of here, Jesus was I tripping! I don’t know, like, I did take some blow earlier.

…….She checked her watch: it was almost five a.m. Ari her pimp would be calling soon. Maybe I should just wait until Ari calls. The car’s still there and no one’s come after me.

Then it started, a creeping asphyxiating feeling all over her body.

…….“I can’t breathe. I can’t breathe.” Her mottled cries criss-crossing the pavements red with fear. She staggered to the ground, her head falling to one side and her body limp, she was sock puppet blue.

…….That night it rained for five hours straight, but the morning brought a freshness to the city that made it feel alive, and a deep yellow egg yolk coloured sun, surrounded by whipped cream cotton clouds. It was a seamless start to the day.

…….A little girl and her mother were shopping for groceries. While loading the SUV the child spied a plastic doll on the tarmac.

…….“Stop mommy, look – see look it’s a doll, mommy, a doll without a home.” In her hand a macabre looking toy with bright red lips and yellow stringy hair. It wore mini blue stilettos and a short tight skirt, and on its Barbie style body, had an intricately designed rose tattoo stencilled across its shoulders.

“Oh Catherine, it’s cute but it’s not ours. She doesn’t belong to us.”

…….“Please mom please, can I take her home?” The little girl handed the doll to her mother.

…….“I don’t know sweetie, she looks awful messed up, – those clothes and that strange tattoo…” She looked at it disapprovingly.

“I’ll change her outfit when I get back and make her pretty again.”

…….“Well okay, but no tattoos and short skirts for you, Catherine, nothing good ever comes out of short skirts and tattoos!”

…….The child took the doll from her mother, and placed it beside her on the back seat. It was going to be a long ride home.

From the Urban Dictionary

http://www.urbandictionary.com/define.php?term=Saira%20Viola&defid=6030336
Saira Viola
Saira Viola is a writer , poet and social commentator who has pioneered a style of writing called sonicscatterscript where she uses lyrical beats, art, music and references to popular culture to describe characters and story lines. The social value of her work reflects the times we live in . She uses satire and comedy to highlight inequality and hypocrisy in society. Her USP is that she manages to describe it all in very short lyrical sentences .
“She was a Harvey Nicks Chick with a trust fund appetite and throw away morals” Oh that’s Saira Viola speak for she was a rich bitch with no heart. Or “She was centre fold hot” Saira Viola talk for she was smoking. “He was Duke Ellington blue”
Saira Viola on someone who is sad . Or “With him big Phil from Notting Hill a pin up gangster with a mars bar weal scraping the left side of his face” Saira Viola describing a gangster. “Two wag slags in tow trussed up like poodles with bratz babe stares armed with Gucci handbags” Saira speak for two label loving chicks using their handbags as weapons .
#popular culture #cool #urban #hip #experimental #pioneering #stylised#progressive #innovative #post modern dark humourous #conservative#conventional #tested #tried #following #definite
Tweet

View all posts by Saira →
This entry was posted on 23 June, 2016 in homepage. Bookmark the permalink.

One Response to American Hoodoo