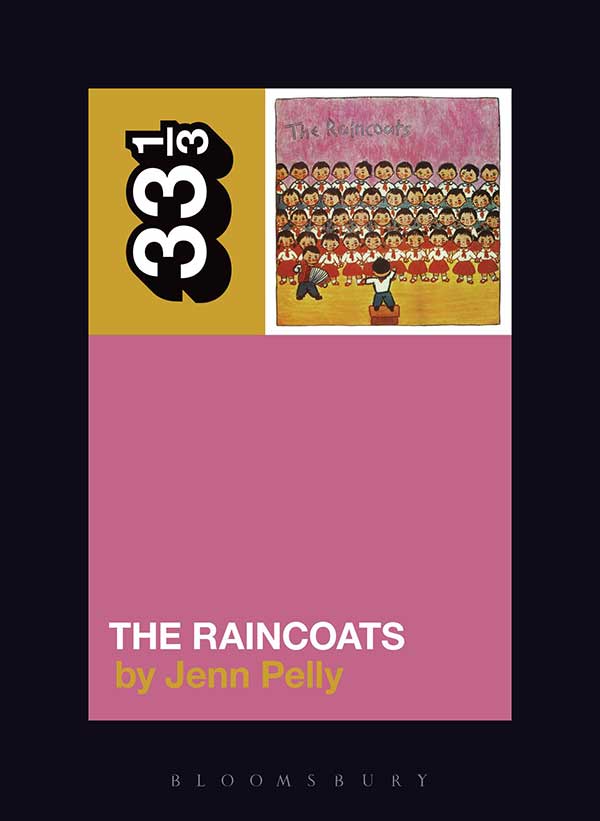 If punk produced a real change, musically or culturally, it certainly wasn’t do with with badly played rock, spitting and fighting, or rebellious lyrics. No, it was in the D.I.Y. ethic, the freedom granted (by example) for non-musicians to make music, would-be writers and artists to produce zines, and budding music moguls to set up new labels with different, often idealistic &/or socialist , models of marketing, pay and – later on – distribution.

The Rough Trade record shop was situated in Notting Hill, in a street parallel to Portobello Road. It soon became a haven for zines, grey imports, bootlegs and handmade records and cassettes; as well as a kind of clubhouse for musicians and fans. One band that were part of the West London boom in punk and post-punk music was The Raincoats, whose members mostly squatted and lived in the area. Although they appeared to come out of nowhere, Pelly’s book makes it clear that there were strong links to The Clash and The Slits, as well as previous unheard-of bands.

Neatly pigeonholed, often by themselves, The Raincoats were a female band concerned with female experience in the sexist and often misogynist 70s (and 80s). But they were also an example of self-organizing libertarianism, a band who debated and discussed, changed musical roles and arranged – with help – their own concerts and publicity. Many writers embraced them, but others – rooted in what was later called ‘lad culture’, as well as the lingering idea of virtuoso musicianship – dismissed them with sexist put-downs and a refusal to embrace their awkward, complex sound.

The Raincoats, the band’s eponymous first LP was, and is, not an easy listen – it is raw, intuitive and awkward. (I much prefer Odyshape, their second album.) The band have ambition, a strong sense of self, and a musical wilfulness. Songs change tempo and tone mid-performance, drums clatter and work around, across and alongside the rhythm, lyrics are squealed and chanted as much as sung. To those with ears to listen, or perhaps used to folk, jazz or improvised music, it was hardly revolutionary. To rock and pop fans it was bizarre and sometimes unlistenable.

Jenn Pelly analyses and contextualises this album song by song, but also conjures up the dynamics and essence of the London punk scene at the time, along with the band’s friendships and personal politics. It is a readable, informed and lucid mix of biography, cultural theory and musical/lyrical criticism. It allows The Raincoats to speak for themselves, collectively and individually, whether through interviews or quotations from their self-produced booklet which was also entitled The Raincoats. Pelly also discusses the rediscovery and canonization of the band which Kurt Cobain instigated, which resulted in not only CD reissues of the band’s three albums but also a reunion of sorts.

The 33 1/3 series of books on individual albums can sometimes be wilfully obscure (I recognize two of the thirteen titles listed as ‘forthcoming’ in this one!) – perhaps in an attempt to bestow a ‘cult’ status on itself – but it is an intriguing project, and this title is a welcome addition.

View all posts by Rupert →
This entry was posted on 8 November, 2017 in homepage and tagged Jenn Pelly, Rupert Loydell, The Raincoats. Bookmark the permalink.