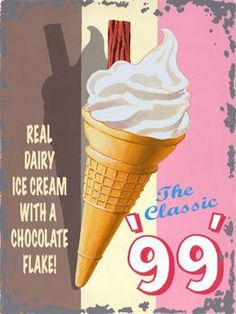 Geoff is hungry;
it’s no problem.

You get a food ticket
from a cheery blond
then wait to be called.

But Geoff’s there first.

A beach rat, bites bits
from your panini plus
half the chips are gone.

If you chase him
he’s over the dunes
and far away.

He tours the resorts
seeking wet campers
desperate for an end
to this driving rain.

“The Admiral” runs a tight ship.
Reveille at 06:30. Terrified elders
herded in, exercises, then ritual
humiliation – a daily talent show.

I was fooled by smiles in a photo.

4. Encounters in a Travelodge

The mother pimped her aged fourteen.

You must have noticed the hotels on link roads, convenient for reps and nearby retail outlets.

Whether from guilt or impending prosecution, the mother hanged herself last week – in the loft of a splendid newbuild.

What a performer I remember at Parents’ Evenings.

What other details can I summon?

The dust as the Travelodges went up, the queues for identical food outlets.

Any morality going with the ring road.

Sleep walking in the midnight hum.

Degrees in Social Policy – and a refusal to judge – meant punters were obviously priapic in the car park.

I’ve seen them from Year Seven – devastating their joyful enthusiasm.

There’s pizza and white wine when the girls are out – the mother no stranger to it – why not? – surely seeing your child under an acrylic suit or bent over a trouser press – the images – better sex hadn’t been invented –

her only objection, “some were Asian.”

It was all so recent now they’re gone.

So then it gets complicated.

The girl grows up – memories and material.

(I have walked my garden in the September dusk,
aflame,
an English pastoral of suburbia in golden rays.)

Back to this – no judgment – the material is all – youth’s energy to overcome then beget.

I keep her photograph in my classroom.

The local social workers…forming a religion in her name…it was easy to have known her…fantasies of protection…a fist fight seen outside KFC…winding down the window…I almost asked (say that I did)…“Everything ok Charlotte?”…this town has too many roundabouts…we were gone but I saw her…dragged by the hair…I emailed to report it on Monday.

In dreams of living with pistols.
We all did, firing at white walls.

A child doll is brought to me:
tiny, dead-eyed, the only colour
blood up its nose. Then cradled,

her body emerging in warmth;
pink-budded life. Too simple.

Tweet
This entry was posted on 8 October, 2015 in homepage and tagged Paul Sutton. Bookmark the permalink.