Between Silence and Light

The Photographs of Jem Freiesleben 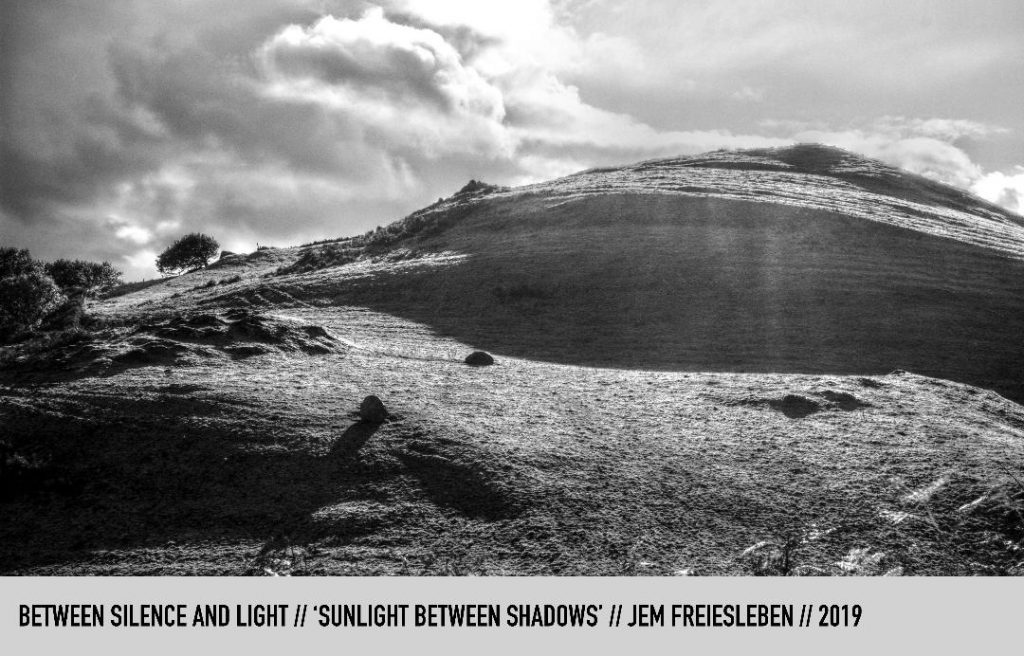 Following a series of local workshops under the tuition of stone sculptor Danny Clahane, the exhibition also features the three-dimensional work of local artist Irene alongside that of other Cumbrian residents – part of its purpose being to link the contemporary standing stones being created for the local communities by Irene and Danny, with their ancient counterparts in rural South West Cumbria.

The photography and posters displayed in the front room of the shop, loaned to the project for the duration of the exhibition, explore the ancient standing stones and monuments located between the village of Silecroft and Duddon Bridge, which form the project boundaries. These are divided into four main sites: The ancient standing stones at Kirksanton (Giant’s Grave); an impressive Neolithic circle near Broadgate (Sunkenkirk Circle); the remains of stone circles and rows at Lacra; and finally the Ash House Stones, several large boulders overlooking the Duddon Estuary, suspected to have once been part of a larger Circle. 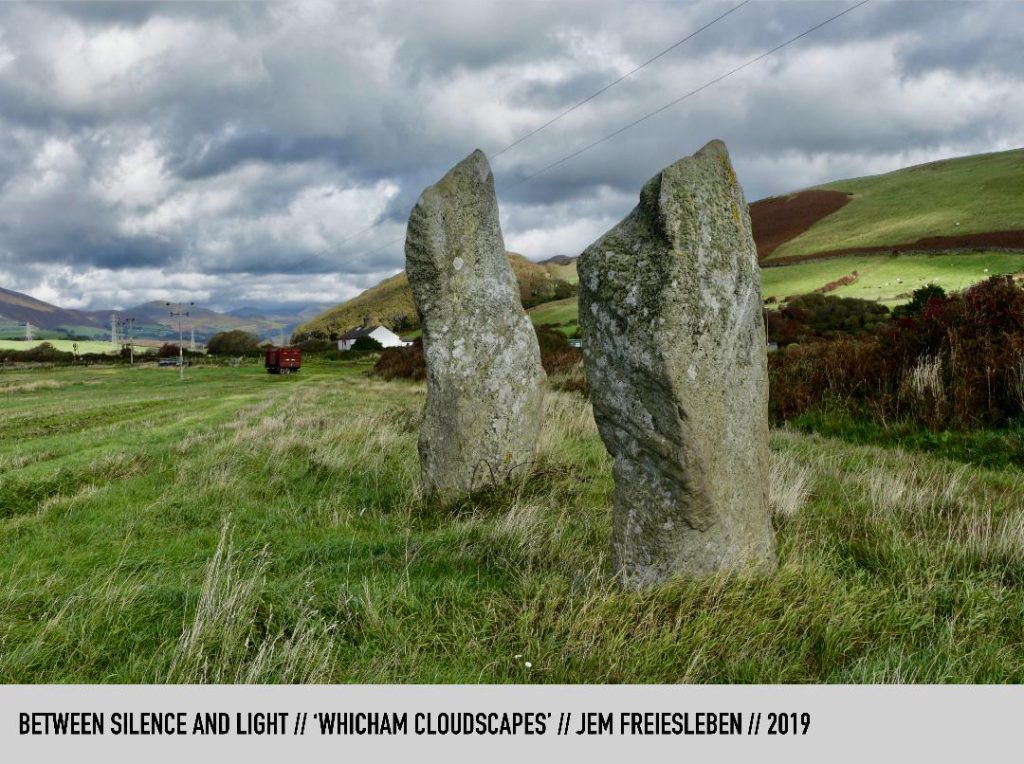 Jem Freiesleben writes: “I visited the stones and circles on numerous occasions in order to capture them in different weather conditions and times of day – and in the case of Sunkenkirk, also at night. I wanted to present views of the stones that not everyone may see for themselves, though I would strongly encourage visiting the actual locations.

My aim was to produce both colour and black and white photographs of these striking and relatively unknown ancient sites, and for some of the images I employed a technique of High-Dynamic Range (HDR), which combines several exposures of the same view to produce a more in-depth image with stronger detail. This also allowed me to take a picture directly into the low sun at Sunkenkirk, which is not something you’d usually get away with. I work with a Canon DSLR, but I always want my photos to stay true to how we perceive reality, so I do not over-edit or ‘enhance’ them. No inconvenient objects have been edited out, either!

These stones and monuments have stood for thousands of years – a remarkable survival when so many have been lost to factors such as land clearance or superstition. The loss of stone monuments to become farm gate posts has been well researched, but less well documented was a (former) stone circle further north near Whitbeck, marked as ‘site-of’ on the 1890’s era OS Map, Kirkstones was reputedly blown-up by a religious farmer some time before 1880.

My photographic record of these ancient monuments directly links to the next stage of Irene’s project – the creation of the new stone monoliths for the communities of South Copeland. The first of these are already carved, and the one located at RSPB Hodbarrow (near Millom) is due to be officially unveiled during 2020”.

The exhibition at 32 Lapstone Road, Millom, runs at until the 31st of January 2020. For more information, see: https://www.facebook.com/duddon2019/ 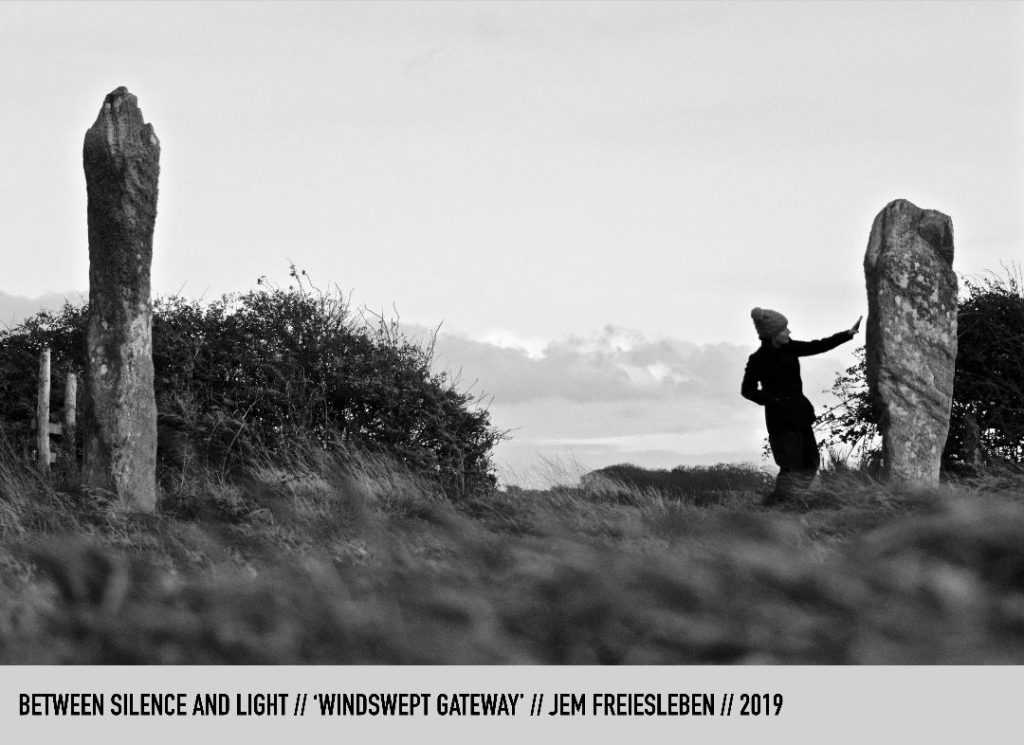 Jem Freiesleben is a digital photographer and videographer who has been based in Millom for the last three years, following graduation from the University of York with a BEng Degree in Electronics Engineering in 2016.

In his photography, Jem has a particular interest in rural landscapes and their interaction with structures, often ancient or abandoned. The ex-industrial rural areas of Cumbria and Northumberland (where he lived for 7 years) hold a deep fascination, and the ruins of their vanished or shrinking industries feature heavily in his work. His photography features both colour and black and white images, depending on the subject, and sometimes High Dynamic Range (HDR) compositions, which combine frames of different exposure to produce an image with a heightened detail. Jem was one of 3 people shortlisted in the Port of Tyne awards, Young Photographer, category in 2011. For more information about Jem’s work see: WWW.HAWKVALLEY.CO.UK

Tweet
Tweet
This entry was posted on 18 January, 2020 in homepage and tagged Jem Freiesleben. Bookmark the permalink.

2 Responses to Between Silence and Light