Posted on 16 August, 2012 by GeoffreyHeptonstall 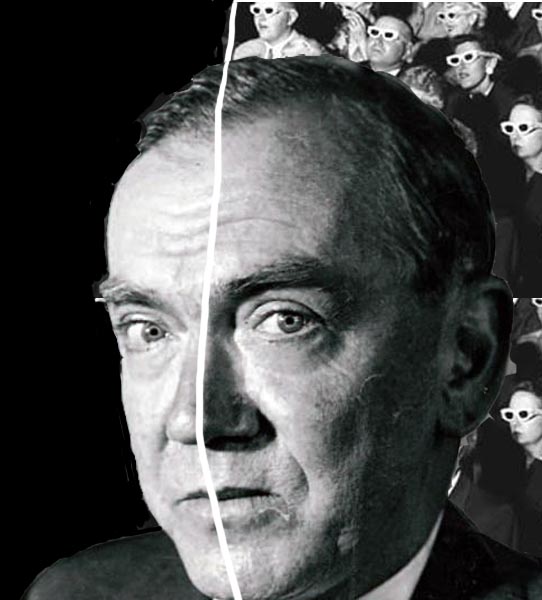 A remark of Graham Greene’s used to puzzle me. He said that working for a Conservative newspaper was excellent training for a writer. It seemed inexplicable that so radical an internationalist as Greene could be so counter-intuitive. But I soon saw what he meant. It happened that the first national outlets I wrote for tended to have an established view of society. Liberal they may have been in areas of general agreement, but on the whole they were not seeking fundamental change. Had I written only for progressive papers I wouldn’t have needed to work so hard. As it was, I had to develop subtle approaches to win round a sceptical audience. The sharpening of intellect, and the honing of expressive skills, proved invaluable.

It was extraordinarily educative in other ways. Acknowledging the strengths (and even the virtues) of your opponents is a necessary tactic in marshalling your case against them. So much commentary is so partisan that it does not seek to persuade: it speaks to people who want their prejudices confirmed. The erosion of general awareness is only too self-evident. The great social and moral questions are simplified into slogans printed in large, bold type. There need be no exploration of unintended consequences. No consideration need be given to anomalies or contraries. There is no need for further discussion. These matters have been decided. ‘Well, I mean, it’s so obvious.’

It is surely the duty of free, enquiring minds to challenge orthodoxy wherever it appears. The accepted view need not be wrong. It may be accepted because it is true. But we need to consider these things. If a statement isn’t capable of surviving examination it’s not much good, is it?

But the appetite for debate is vanishing. Step out of line and you won’t be arrested-you’ll be mocked. And behind that mockery lies fear, a residual fear that the world is not simple and obvious. There are moral problems confronting us every day that require decisions based not on a few easy rules, but on an awareness of the complexities. We need to be able to recognize the complexities, and to articulate the awareness. The problem is that Aldous Huxley’s prediction has come true. He warned of there being a class of people trained sufficiently to carry out certain tasks, but not educated enough to question the meaning of those tasks.

The person who is circumspect in opinion, never deviating from the correct line, is not to be trusted. You don’t know how such a person really feels about things. Anyone who hides, or is afraid of, his/her true feelings is not fully alive. A group consciousness replaces personal conscience. The jargon of the free market speaks of individual choice. It becomes in practice the choice between two brands of the same thing. What is required is not a reasoned choice made freely by responsible citizens, but the adherence to tribal loyalty. There’s no need to think too critically and too carefully about anything. Safe within the citadel, decisions of which you surely will approve are made for you.

You can’t argue with a closed mind. C.P. Snow, no stranger to controversy, once observed that highly intelligent people can become so emotionally wound-up they literally cannot read the words in front of them. A curious pathology encroaches whereby sentences not actually written appear in memory. People will quote back to you words you never wrote, sentiments you never expressed, allegiances you never held.

In a world where everything is less certain than once it seemed there is a desperate need not for personal explorations of meaning, but for comforting reassurance of the kind a cheering crowd can provide. A sporting victory, a royal wedding, or even a charity gala, can be celebrated in the sense of being together with a sing along song. It’s the world as one gigantic commercial for itself.

Central to the simplification process is the need for the world to be seen in absolute terms. You either love something or you hate it. There are only two possible views available, at extreme ends of the spectrum. Whoever does not adore us unconditionally is an enemy to be crushed and eradicated. This allows no room for consideration of the evidence, a weighing up of the arguments, a judicious summary in the disinterested pursuit of truth. There is no ‘one the one hand…’, nor ‘well, yes, but…’ The truth is clean and pure, like the air the righteous breathe.

Truth is such an elusive quality when you think about it. Beyond certain basic and indisputable facts everything else is a matter of judgement. We are guided by general agreement, by the common sense understandings that are embedded in our culture. We are guided by conscience and reason, and by intuitions. Experience may teach us that what seems self-evident on paper may look very uncertain when encountered face to face.

The previous paragraph may not be what people want to read. They want certainties. The mainstream media justify their continuing demands on our attention by providing those certainties. Popular journalism is the means by which those certainties may be conveyed. Journalism’s purpose is to communicate. Communication requires an accessible style in clear language of a single line of thought to a specific end. Good journalism never loses sight of its responsibility to say what needs to be said. But popular journalism is about communicating an acceptable version of the world. It relies on clichés, half-truths and raw emotions.

Pandering to raw emotions is not good for democracy. And it certainly isn’t liberal. People may not know what they want until they see it. Ask a focus group what it wants and the response will be ‘More of the same, please.’ There’s a natural tendency in human beings to wish for life to be the way it was when first we discovered it. That’s not a bad thing. Nostalgia for a golden age can be turned into an urgent desire to improve the world. A radical appraisal will not come through the conscious caricature of feeling which is the staple response of the tabloid mind.

But where is Graham Greene in this? Well, his experience at The Times taught him to look carefully at the world, and not to accept everything at face value. He exercised in a long life an extraordinary facility to be where the action is in the world. He saw the Americans in Viet-Nam before they’d arrived. He was in Havana as the revolution dawned. With great charm in his entertaining fiction he persuaded his wide readership to think beyond the obvious, and to look beyond the horizon. That horizon is there still. It hasn’t moved. But there are some obstacles in the way of getting there.

Writing isn’t journalism, although good journalism can be writing. Writing is about expression. Writing expresses feelings, possibilities, wishes and dreams in language that consciously employs irony, litotes, metaphor and ambiguity. Reportage and literature may be complements, but often they are contraries.

View all posts by Geoffrey →
This entry was posted on 16 August, 2012 in homepage, Uncategorized and tagged Beyond the Horizon, Geoffrey Hepenstall, Graham Greene, Journalism as writing, nick victor, the Times. Bookmark the permalink.

3 Responses to Beyond the Horizon