.
LONDON — For the second time in three years, Boris Johnson, a politician whose ambition and superficial charm far outstrip his ability, judgment or principles, is destabilizing the British government and threatening the country’s future.

On Monday, Mr. Johnson, in protest against Prime Minister Theresa May’s plans for Brexit, resigned from his post as foreign secretary. Now Mrs. May’s authority, longevity and ability to deliver a Brexit without causing an economic crisis are in question. But further political paralysis seems certain.

Britain is in this mess principally because the Brexiteers — led largely by Mr. Johnson — sold the country a series of lies in the lead up to the June 2016 referendum on leaving the European Union. They did so because neither Mr. Johnson nor his fellow leader of the Leave campaign, Michael Gove, intended, wanted or expected to win.

At the start of 2016, Mr. Johnson was perhaps the most popular politician in Britain. Supporters and fans mobbed him at train stations and traffic lights; pollsters and pundits thought he could reach the parts of the country that other Conservatives could never touch. But he was also driven and insecure, so desperate to guarantee he would be the next prime minister that he cynically abandoned his own previous positions on the European Union in order to try to secure support from his party’s Euroskeptic right wing.

Because Mr. Johnson and Mr. Gove were confident that the Leave campaign was a hopeless cause, they were free to make ridiculous claims that they had no expectation of ever having to fulfill. They said that Brexit would make Britain both richer and more independent, with more money for the National Health Service, much greater control of immigration and continued friction-free trade with Europe.

Every earnest warning from the other side — about how any Brexit would damage trade, business and jobs — was dismissed airily by the Brexiteers. There were no costs or downsides in this vision of the future.

This casual dishonesty has had devastating consequences.

In the two years since the Leave campaign unexpectedly won, nobody, from the prime minister to Mr. Johnson to the Labour Party, has been able to come up with a plan for exiting the European Union that can satisfy both a majority in Parliament and the expectant public. Why? Because fulfilling the false promises peddled by Mr. Johnson during the campaign is impossible. 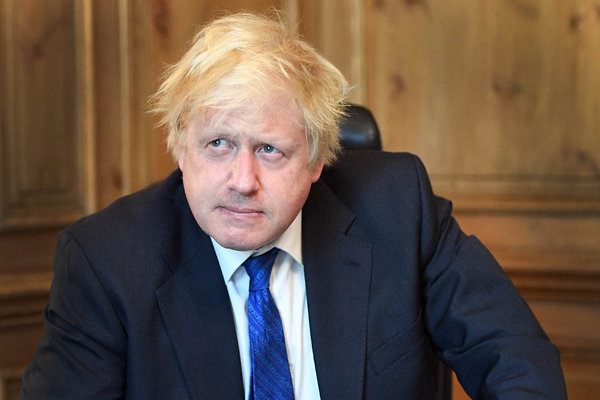 .
The gulf between the easy, prosperous, productive Brexit that its voters are impatiently expecting, and the grim, complicated cost of disentangling economies that have been intertwined for decades has poisoned and paralyzed British politics.

The Conservatives’ leaders cannot admit to the electorate that they were deceived without splitting the party. And instead of apologizing for misleading voters, Mr. Johnson and the other Brexiteers have doubled down, taking refuge in optimistic slogans and vapid promises, refusing to believe the increasingly agitated evidence from hospitals, airlines, farmers, supermarkets and factories that a hard Brexit will damage them all.

Last week, Mrs. May finally attempted to force a recognition of reality on her divided cabinet by coming up with a compromise; a partial Brexit that allows goods free access in and out of Europe at the cost of accepting many European rules. It was an imperfect plan, but still it provided, finally, a starting point for negotiations with Brussels.

For three days, that compromise held, until the first political delusionist, the Brexit Secretary David Davis, broke free, still claiming that in some magical future Britain could get almost everything it wanted, if only the country would just stand by its demands.

Petrified of being outflanked, Mr. Johnson followed suit, bringing with him the implicit threat that he could lead a rebellion against the government that other hard-line Brexiteers will follow. It is a desperate move by a man who has lost almost all the credibility he had three years ago.

All of Mr. Johnson’s weaknesses have been exposed: his lazy reluctance to do detail, his preference for bluster over thinking, his contempt for business. The campaign was meant to secure his future; instead, in damaging the country, he fears he has wrecked his own future, too. As one of his allies told me last month: “He knows that the verdict of history is about to come down on him — and bury him.”

Mr. Johnson seems to believe that this is his last chance to become prime minister: After his resignation this week, he hopes to be reborn as a rebel who will lead the party. But more likely is that he will once again create political chaos without delivering what he wants.

Two years ago, the side effect of Mr. Johnson’s ambitious maneuvering was to split the country and risk the prosperity and security of all Britons for decades. Now, just as a fragile basis for negotiation emerges, his selfish drive for vindication, attention and admiration threatens that, too.

It is petrifying that the deliberate deceptions and wild ego of one man can so mislead a nation. (Americans know all about that.) One insider told me that Mrs. May was prepared for Mr. Johnson’s defection, and will outflank him, persuading wavering Conservatives that the time for fantasy has passed.

But Britain is teetering on the edge, on the verge of making catastrophic, irreversibly damaging mistakes. The danger is that Johnson might tip the balance in the wrong direction once again.

Jenni Russell (@jennirsl), a journalist and broadcaster, is a columnist for The Times of London.

Tweet
This entry was posted on 12 July, 2018 in homepage. Bookmark the permalink.

One Response to Boris Johnson Has Ruined Britain