Call For Change: A Review of Poetry Can Fuck Up Your Finances 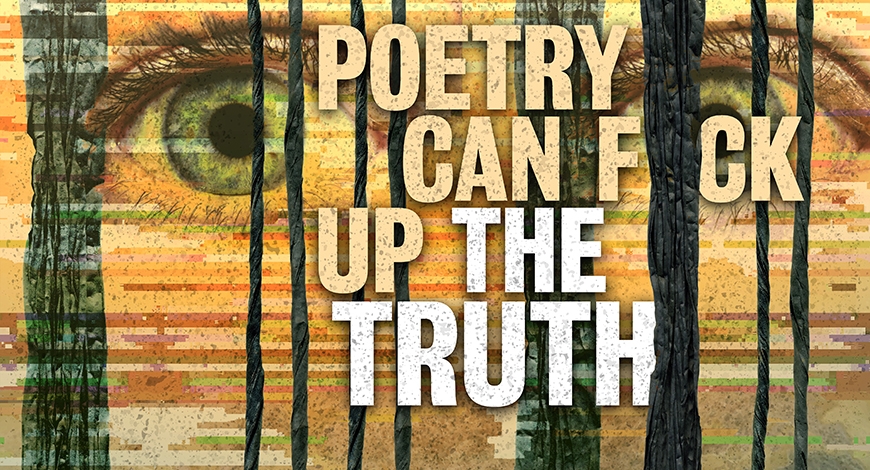 As the esteemed Poet and Artist, Robert Montgomery has recently written and said, ‘Money is a superstition,’ a powerful and revelatory edict that was echoed in The Money Burner’s Manual, the second in Daisy Campbell’s stagings of Poetic collages in response to society’s hottest topics, committed under Heathcote Williams’ Poetry Can Fuck Off banner and hosted at Marylebone’s Cockpit theatre by Dave Wybrow and Brainfruit productions. In the light of recent events regarding this shattered – or at least shattering isle – the notion of the value of money and the part it has to play in and what it says of our lives is explored through expert recitations of the works of Heathcote Williams, Hakim Bey and Jon Harris, writer,magician and founder of The Burning Issue, the only magazine exclusively for money burners. A cast of five including Brainfruit founder Roy Hutchins, famed as Heathcote Williams’ leading poetic representative, Dan Copeland, Viv Boot, Jacqueline Haigh, Tom Baker and sublimely supported by multi-instrumentalist and angel voiced singer- songwriter Mike McKeon, transported a committed cockpit audience into not only the history of money but also the ramifications it has had on our culture as both serving grace and final demand.

Staged around a makeshift sacrficial altar and a raised platform, the performers are able to utilise the versatile stage space of the theatre to both invoke and unify various treaties and manifestoes. The call for change is not just a useful pun to do with the rattling of pocket signifiers tying us all to the ground, but it is also a rallying cry for its audiences, to both reject and seek new futures through the possibilities for renewal in thought and form that poetry itemises. Hosted by Tom Baker’s blokeish devilry and sinister accordion rumblings, dialogues and discourses ensure that the points raised inspire and influence those watching and listening across two hours of intense literary questioning. Roy Hutchins on synth bass and piano and Mike McKeon on everything else subtly underscore intense passages of text when not reading or performing themselves and McKeon’s sublime songs and artful cover versions enhance the flow of words, creating and gifting proceedings with a profound depth of understanding. Unlike the music in Hollywood films which wrongly tell us what to feel, theatre music at its most effective should tell us how to, educating or guiding our responses and acting as a separate voice, another character if you like. So it proves here, with McKeon’s compact musial lair giving rise to all sorts of incidental pleasures, filling the evocative space of the Cockpit and artfully tainting the air.

Like her much missed father, the seminal and irreplaceable Ken, Daisy Campbell is a superb Director and manipulator of the dramatic, comedic and theatrical moment. She creates an intense atmosphere that nevertheless ripples with humanity throughout and allows her performers to act as separate hosts while forming part of a larger ceremony. There is something of the mystical about the evening; a druid’s cloak with a sneering countenance beneath, as the pieces chosen and presented inform us of the self inflicted dark magic we are all practising on ourselves by reducing our own existence within currency’s unholy communion. The root of all evil indeed, but hopefully one we can learn from and this chance for change is exemplified by the space and time given to the three keynote speakers who each talk profoundly in the misuses and abuses that our love of currency wreaks, from writer and KLF biographer John Higgs, Global resilience guru Vinay Gupta, who as a corporate entity in the old century describes himself in relation to money as a ‘former heavy user,’ to the writer and magician Christopher Stone who invites everyone in attendance to a series of magical happenings in London’s financial district on November 7th 2016 from 12.30pm (Meeting on London Bridge by the Two Dragons).

Theatrically speaking this shows real mastery on Daisy’s part, in that she has constructed something whose very foundations can be altered and which can still remain standing, but which will on resuming take the audience straight back to the given moment of revelation in which the narrative or description of a fall from grace on the splintering wings of currency is seen in all of its nerve shattering infamy. This is nowhere more apparent than in Viv Boot’s glorious sharing of excerpts in a voice that uncannily summons Ken Campbell’s, reminding us of the joy he would have taken in seeing his daughter put together such a show and how effectively and uproarously he would have taken part. A further highpoint occurs, quite literally when Jacqueline Haigh appears on the platform over the other performers, in a glittering silver, as a twin tailed dragon like princess, whose additional tube given vagina (handled by Boot) explodes into a cascade of golden confetti while extorting John Harris’ ‘call on all iconoclasts.. to pity the rich while the poor burn.’ Here is theatre in its purest, most alchemical form. Words as literal gold.

Indeed, the words both collude and invoke. The theatre at its purest form is to some extent an act of persuasion. In conventional plays we are invited to believe the lie of fiction, either in term of invented content or thinly disguised reportage. Here, the opposite is true as the facts shared and offered to us cut straight to the heart of what we have done to the world we believe we have made. At one point a stunning rendition of 80’s pop classic, ‘Money (That’s what I want)’ breaks out, led by McEwans drumming on a tambourine while Hutchins, a man known for his energy and elegance loutishly bangs a support pole with a plank of wood. The opening line of this song ‘The best things in life are free,’ has never seemed more relevant after an hour of dissemination and dissent (and perhaps descent also) as we are led down to the depths of ourselves and challenged accordingly and if you’ll excuse the bad pun, accordion-ally by Tom Baker’s dark chuckling and rasping, squeezebox drones.

In the first of the three keynote speeches, John Higgs reminds us of the KLF’s mighty Island of Jura happening in which they burnt a million pounds, a revelatory act still not thoroughly understood by contemporary society. As Higgs says, ‘it is one thing to start to burn a million pounds but quite another thing to finish burning it,’ and Vinay Gupta’s masterful and eloquent five minutes extorts all currently valued objects to effectively describe or justify their own function or else, be found wanting. These and Christopher Stone’s magical exhortations are wonderfully supported by Daisy’s Campbell’s witty, nimble and authoritative production and approach. You see it in all her work, from the early days of supporting her Dad, through her many activities across the culture and recent production of Robert Anton Wilson’s Cosmic Trigger trilogy. She is a visionary and an activist and if this doesn’t make too much of a trilogy of bad puns, we are all the richer for her.

The evening concluded with a focusing on the central altar. In a ceremony initiated and conducted by Jon Harris, the audience were asked to take part in a four cornered series of burnings. Serial numbers of notes were obtained and in small groups we were invited to cremate the selected notes that were already burning in our pockets. For the time it took to go through a couple of hundred pounds the theatre became a place of magic and the eerie silence of ceremonial witness held full and proper sway. The true currency that was achieved could be felt in those quiet moments of reflection shared and exchanged between us, which created on one Sunday night in London a universal truth. As one masterful line from the poet Rumi states, in the show, ‘with a skinful of this wine, would you rush out to commit economics?’ In fine accordance with this profundity, Jon Harris shares shots from a bottle of his birthday whiskey with his attendent money burning audience.

These powerfully themed shows shows will continue at regular intervals. The next, once more at the Cockpit in early January, is Poetry Can Fuck Up Your Borders. I urge you to attend as they tackle this and other artistic and political topics that affect the shapes that you make on the day. The song of reformation has begun and it is even now ratting its way through your pocket and purse. At one point in the show there are reports how someone has sold off the rights to their virginity while another has places the earth on ebay, describing it as ‘used but authentic,’ let that surely be the term by which we are all known, achieved only through the acceptance of the abuse and the reasons and need for revolt. There is still time to decide on new ways of unifications and a new means of social exchange. Perhaps the coming moments will allow your own notions to form and your own inventions to occur. Pause and reflect. Soldier on to adventure. Attend all endeavours. And invest in the truth. In this single show poetry owns us. Now we must let it as we learn what to value and spend.