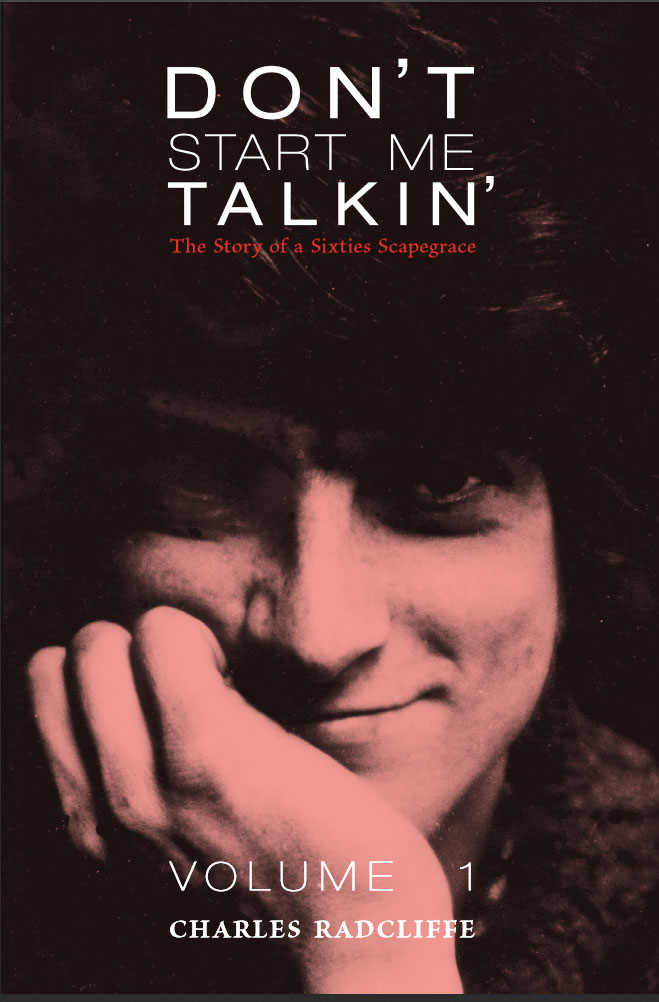 Charles Radcliffe is probably best known for his involvement in the mid-Sixties in radical politics and brief membership of the Situationist International, as part of the outpouring of new ideas and freedom of expression well-described in Jon Savage’s “1966: The Year the Decade Exploded”.

In 1966, he produced two issues of an influential magazine – ‘Heatwave’ – that described this emerging social revolution in progress, with disaffected groupings of youths ‘moving towards explosive self-expression’. The spirit and analysis in Heatwave still resonates 50 years on in the current era of zero-hours contracts, the gig economy, and wall to wall vacuous reality TV shows:

“Opposition has degenerated into a series of disparate and fragmentary protests…..What should be criticised, is, on the contrary, our normal everyday experience of life… All that we see everywhere is a grotesque travesty of human life , half nightmare and half burlesque: a degraded labour we never chose in order to produce an empty, passive, isolated leisure we never wanted.”

Following Heatwave and the Situationist International, Charles Radcliffe continued to be at the centre of the Sixties zeitgeist, including standing trial at the Old Bailey for producing ‘forged’ dollar bills amended with anti-Vietnam slogans, co-editing an underground newspaper, Friends, and moving from London’s burgeoning hash-dealing milieu to becoming one of the last ‘old school’ international hash smugglers of the seventies – no hard drugs, no guns, no gangs, no violence – and serving a lengthy prison sentence.

His two volumed autobiography is an extraordinary document – both a life-story and cultural commentary. He traces in a leisurely, though compelling way, the history of his journey – starting with rebellion against the authoritarian background of ‘prep school’ and Wellington College in the 1950s, and swiftly moving into direct action campaigning against the Bomb in the Cold War backdrop. He takes as one of his epigraphs for the book, the Spanish poet Antonio Marchado’s verse from ‘Proverbs and Songs’:

After living and dreaming

the most important thing is

And certainly the writing displays incredible powers of observation: vibrantly conveying friendships, lovers, collaborators, travel, and places, and an intense sense of the flow of time. In addition, the book includes a wealth of detail, particularly on early days of anti-Bomb campaigning, the London R&B scene and enjoyably learned but unpedantic digressions into films, the blues, and analysis of revolutionary politics and the Situationists.

All of this is covered with good humour, enthusiasm, a relaxed acceptance of human failings. The overall result is is a fascinating book that is highly entertaining and illuminating about what it was like to live at the centre of the Sixties zeitgeist and the aftermath. “Don’t Start Me Talkin’” will surely be one of the key historical documents covering the Sixties in the years to come, and certainly one of the most enjoyable.

[The first edition of the book is sold out and he is currently considering plans for the second edition. Further details are at http://charlieradcliffe.com/ ]

Tweet
This entry was posted on 22 November, 2017 in homepage and tagged Stuart Barthropp. Bookmark the permalink.