Clever and Difficult, Vital and Energetic 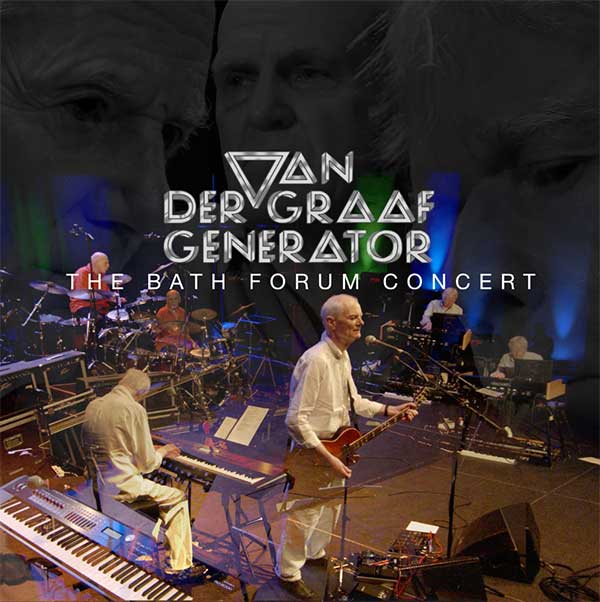 Spring 2022 saw the current trio incarnation of Van der Graaf Generator finally released from lockdown and undertaking a UK tour which had been rescheduled a number of times. The final date found them as The Forum in Bath on March 1st, in great musical shape and with a superb setlist that highlighted both newer and older tunes; you could almost say a kind of greatest hits.

The concert, which is here in full, included twelve tracks, kicking off with the playful ‘Interference Patterns’, then the belligerent and cynical ‘Every Bloody Emperor’, before the arrival of 1974’s ‘A Louse Is Not A Home’, originally written for a band album that didn’t happen, so recorded for Peter Hammill’s solo album The Silent Corner and the Empty Stage. Hugh Banton and Guy Evans both played on that version, so it’s no surprise really to hear the trio energetically nail it live.

‘Masks’ is up next, another 70s track, as is the very wonderful ‘Childlike Faith in Childhood’s End’, from my first and favourite Van de Graaf Generator album, Still Life. Honesty compels me to admit that I miss David Jackson’s saxophones here (and elsewhere), the track doesn’t have as much power as it used to. ‘Go’, which is next, suits the line-up more, as it should do: it was the final track on 2016’s Do Not Disturb, allegedly their last ever (studio) album. It’s a moody, plaintive song, with a resigned air: ‘It’s time to let go’.

But there’s more! The second CD kicks off with the exhilarating and almost-demented ‘La Rossa’ (another track from Still Life) which hypnotically swirls and builds to a hysterical ending. Again, as fantastic as the drumming and keyboards are, it lacks a certain brass element that Hammill’s brief guitar solo can’t totally make up for. It’s not helped by the closing organ swirl either, which sounds like the end of a song by a dodgy pub covers band.

Next are three more recent compositions. ‘Alfa Berlina’ begins with a siren and street sounds, and this strange collage continues behind Hammill’s offbeat singing until halfway through, when we return to a more ordinary (for these boys) song. It’s clever and difficult music, and it’s bit of a relief to move on to the more spacious and relaxed ‘Over the Hill’ (not the John Martyn song) with some gorgeous piano and organ interplay behind Hammill’s relaxed emotional singing. Of course it doesn’t last, there’s some sonic surprises later on in the song.

‘Room 1210’ which is up next is also more recent, a song from the post-reformation era of the band, but it sounds like classic Van der Graaf Generator with it’s keyboard riffs, elegant piano, crisp drumming and Hammill’s soaring vocals. After that we’re on the home straight: a blistering version of ‘Man Erg’, with utterly vicious keyboard and drum interplay, and the existential ‘House With No Door’ to close:

The track first appeared on a 1970 album and here gets a musical rearrangement by the trio which accentuates its sense of melancholy and despair: the keyboards here are particularly outstanding.

It’s been wonderful to listen to the resurrected Van Der Graaf Generator in the 21st Century, since the band first reunited for a single encore song in London. The recent studio albums haven’t always grabbed me, but live their music has remained as vital and energetic as ever, with interesting setlists and new versions of older material. The Bath Forum Concert is a welcome document of a brilliant concert, of a band that never fail to intrigue, develop and take risks as they make music together.

View all posts by Rupert →
This entry was posted on 14 January, 2023 in homepage and tagged Rupert Loydell, The Bath Forum Concert, Van der Graaf Generator. Bookmark the permalink.