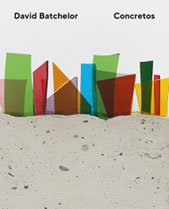 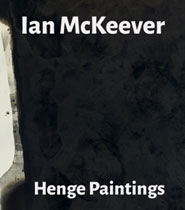 Once one gets beyond ‘content’, the ‘story’ a figurative painting tells or implies, all paintings work in similar ways, concerning themselves with things such as composition, rhythm, pattern, colour, line, form and shape. (Sculpture, of course, adds a third dimension into the mix.) Many viewers and some artists never get beyond the idea of depiction, failing to understand that, for instance, a line does not exist, it is something we use to denote where different colours, or light and dark meet.

Those artists who do actually understand these matters, and have spent their time exploring what painting or sculpture (or indeed film, performance and installations) can do, often choose to focus in one area of research and exploration, sometimes spawning movements or groups. The Surrealists were interested in the subconscious and dreams, Dadaticians in chance and juxtaposition, the Futurists in machines, speed and energy. Others focussed on the subtleties of perception, of what different whites (Robert Ryman) or blacks (Ad Reinhardt) could do; or made art that engaged with political or social issues, or that had to be interacted with, or that tested the endurance or understanding of the viewer; sometimes art that didn’t need to exist beyond a prompt or instruction, as in Yoko Ono’s ‘Snow Piece’, written back in summer 1963:

David Batchelor, Ian McKeever and Sean Scully, however, all make actual physical art objects, as these beautifully produced new books of their work evidence. Although their work shares a concern with colour, they also have very different backgrounds and creative processes, as well as other activities and interests that have informed and shaped their thinking and making.

David Batchelor is a writer, sculptor and painter. I came across him first through reading his books Chromophobia and The Luminous and the Grey which unpick colour in relation to culture, history, mythology, literary and artistic response, and perception, particularly focussing – in the latter – on grey, that most elusive of inbetween colours. He also edited the Whitechapel Gallery/MIT anthology on colour for their Documents of Contemporary Art series.

Batchelor’s interest in colour is foregrounded in his art as well as his writing and research. His drawings, at times reminiscent of sculptor David Smith’s in the way they are sprayed and stencilled, are brightly coloured, witty and engaging; he also takes photographs of ‘found monochromes’ which have also been exhibited and published as a book. He has previously utilised found plastic to make sculpture, sometimes lit from within; other works are more complex assemblages of screens, monitors and lightboxes; and he has made colourful installation rooms and artist’s books (or pages anyway), as well as paintings that are startling in their simplicity: a spray or pool of a single colour above a rectangular black block that produces the illusion of a sculptural mass standing on a plinth. Works are often exhibited in groups and sequences, and Concretos is one such group, although the work (and book) are divided into sub-groups.

The plinths here are physical blocks of grey concrete, into which a variety of different objects are placed. My favourites are the ‘Cons’, where broken glass is used to produce a row of overlapping colours and shapes. Batchelor talks about how a carefully made garden wall, with blue glass set in it to deter intruders, inspired this work. Like many of Batchelor’s sculptures they are simple and very beautiful, much more complex than any writing about it can suggest or reveal. Not only are there new colours produced by overlaps, but there are silhouettes, edges, density, shapes, and sequence to consider, not to mention the effect of different strengths or directions of light on the work.

Many others in his overall series use found objects, whilst my other favourite sub-group, ‘Geo-Cons’, assembles flat towers of colour from discarded paint tin lids. Elsewhere rulers, protractors, coat hooks, wooden trellis, old spray cans, pencils (coloured pencils, obviously), cast acrylic and perforated plastic are utilised, sometimes in busy assemblages, others in simpler forms – although these can then be grouped in varying ways. Away from the ‘Cons’ I am drawn to pieces that aren’t too busy yet have an innate, self-contained complexity: ‘Neo-Neo-Concreto 09’ is a particularly alluring piece with four layers of perforated plastic, whilst 33 and 34 from the same series are reminiscent of bouquets of flowers in the way they produce a vague spreading V shape of complex colour and form. Overall, this is thoughtful, playful art that challenges us to think about what we are actually seeing.

Sean Scully’s work is about colour, but it is also about paint, its physicality, texture, liquidity and viscosity. It is about edges, juxtaposition, arrangement and form, but also about the artist, whose gestures and very being seems absolutely present in much of the work. Scully used to talk about the grids of New York streets informing his work, but over the years he moved away from grids and formal striped works to more loosely-painted stripes and areas of colour, sometimes on assembled blocks of different height canvasses, and then on to vast series of more fluid and gestural work. Oh, and big, industrial scale sculpture: columns and towers and dense cuboids of stone and metal, girders and blocks.

Scully also seems to have repositioned himself as a contemporary Romantic, albeit one who is a workaholic rather than someone who wanders around staring into space and daydreaming. Becoming a father again seems to have changed him, and he is unafraid to talk about ideas of the body and self, of Renaissance art and landscape, the relationship between the physical and spiritual. He has recently produced a few figurative works, made frescoes, altar pieces and a Stations of the Cross series for a church, and generally become a generous raconteur, speaker, visiting artist and mentor, as well as a constant exhibition presence.

Song of Colors, is a catalogue of a current exhibition at the Langen Foundation on the edge of Düsseldorf (housed in a beautiful building designed by the architect Tadao Ando). The show is a survey of over 50 years of Scully’s art, and as is often the way with Scully, offers an intriguing selection of work which includes both new and previously unseen pieces.

New here are three ‘Cage’ pieces, where loose grids and stripes are inset within the other, painted and drawn on aluminium; previously unseen – certainly by me – are some beautiful gouache drawings on card, which are reminiscent in their simplicity and clarity of the work of Agnes Martin. Elsewhere, the vast ‘Migration’ painting seems informed by all the types of work Scully has made to marvellous effect. Containing both checkerboard and striped areas it utilises maroon, black, soft yellow, pale orange and a startling green to flood the viewer with colour and shape. Kirsten Claudia Voigt’s closing essay summarises Scully’s use of the latter well, citing ‘[s]uggestive, unexplored, negated, opening, caught, or perforated space’, although she is also prone to using phrases like ‘phylo- and ontogenetic historicity’. Mara Sporn’s introductory essay is more straightforward and offers a brief historical and biographical overview, starting with a quote from Scully about what Australian aboriginals call ‘the song of life’ and ending with a quote from Neil Diamond [!] which mentions both ‘a beautiful noise’ and ‘the music of life’. It is in between Voigt and Sporn, however, that we find the actual music, the songs of Scully’s work, beautifully reproduced and curated.

Ian McKeever has had moments of grappling with the Romantics, principally in response to Novalis’ Hymns to the Night poems, but that was a long time ago. Initially engaging with landscape and land art, McKeever travelled widely (he still does) and tried various ways of working, including grids of documentary drawing and painting, installing paintings in the physical landscape, and photographing previously buried images, often in juxtaposition to drawings or paintings, sometimes painted photographs. Following explorations of flight, night, waterfalls and islands, there was a period of painting that was almost landscape painting, noticeably in his ‘Traditional Landscapes’ and ‘Lapland Group’.

A real artistic breakthrough seemed to occur when McKeever stepped back and started to let the paint do more work. In 1989-90 he made a series of huge diptychs, mostly in black and white, occasionally with some blue, which featured cracked, blistered, poured and trickled paint. These, which were also informed by elements of earlier work – including A History of Rocks, a multi-piece work which directly preceded the diptychs – said more about landscape than any picture or photograph could.

Since then McKeever has continued to travel, photograph, and sketch – in pencil and watercolour, and create big sequences of thematic abstract paintings, drawings and prints, including the Four Quartets series, the Sentinel series, the Temple series, and a fascinating number of small works, combining wood, paint and photographs, under the collective title Against Architecture, which I was lucky enough to see in London in 2017.

Architecture is, of course, a sort of landscape, albeit a human one (or perhaps a human addition to or intervention in the landscape), and McKeever’s new work responds to that most ancient human intervention, the standing stone. Here the simplicity and clarity of Against Architecture is blown up large, and two blocks or shapes of colour set one against the other in a kind of dialogue. In the interview included in the book McKeever talks about the idea of weight in a painting, the paradox of a two-dimensional painting producing a physical presence, and yet these paintings recall and capture the presence and mass of Avebury’s stones without any attempt to represent or depict. Even the smaller works on paper have a gravitas and presence, as do – though more literally – the series of photographs also included. These get up close and abstract the stone into silhouette, shadow and texture, at times reminiscent of the broken glass in Batchelor’s ‘Cons’. Henge really is, if you’ll forgive the pun, a monumental achievement.

So, three new books from three very different artists. All intriguing and interesting, all featuring work by artists who look, think about and respond to the world about and around them, all worth buying, reading and putting on your shelves for future reference and delight.