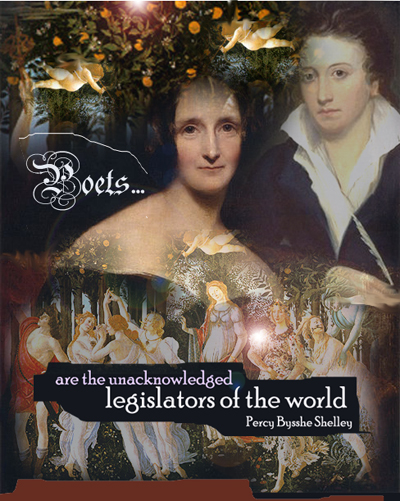 Mankind is full of hatred for each other. To hope or expect for anything better is the mark of the visionary.  Lord Byron

The consensus mentality creates an external force field governed by the inclinations of those who contribute to it and the greater the number the more powerful the force.

This force manifests in the manner of all such invisible fields such as electro/magnetism, micro and radio waves.

The majority view within that field then generates gravitational power which, feeding upon and coercing weaker surrounding views forms a centre of extreme gravity within which creative thought is stifled and cannot escape; a black hole, at the centre of which lurks the government.

The powers thus generated are then subverted by those that wield them and criminally diverted into grotesque and misbegotten value systems which corrupt the natural forms of the electorate.

These natural forms could be considered as containing such standards as: openness, compassion and an inclination towards honesty and truth. The corruption of these qualities is accomplished by the unbending and ruthless demands of power.

That is not to say that government is a bad thing. Governments and other power hierarchies are natural formations that arise and grow rather in the manner of crystals; however, what kind of governance rules depends on the material from which it is formed. In this case the material is human nature, an appalling collection of the darker elements of greed, paranoia, prejudice and hatred, enlivened here and there by a few bright sparks of reason and common sense, which can do no more than hover on the fringes of the consensus view, while protecting their own integrity against this gravitational force.

This analysis is born out by the old aphorism: ‘You get the government you deserve’, which is why, given the inertia and intelligence level of our electorate we are governed by a conspiracy of pathetic buffoons, and until individuals learn to govern themselves they will perforce be governed in this way.

Those who contribute to the consensus mentality do so, not because they are intrinsically unintelligent, but because they fall prey to mental sloth and lose the natural desire to seek for more creative alternatives than the  status-quo will admit. This allows for the crudest views to gain precedence and dominate whatever the current mindset happens to be.

It is a question of values, and the values of the present culture are not of the kind to guide its members into a wholesome and enlightening direction.

It is obvious that those who have created and established these, by now historical values, have done so in the spirit of sheer self-interest, for these values point only to such glorious accomplishments as fame, wealth, power and status etc.

Mortgage: The measure of death.
Security – Is that some sort of joke?

Consider now our ‘leaders, as they act out their delusions of grandeur and gather each day in the tribal meeting house at Westminster to squabble and hurl their insults across the floor and generally give the impression of a barnyard or monkey-house. One would be foolish to expect anything more profound to be expressed by these wannabe wise elders.

Politics as a profession has become, like banking, the ultimate source of a lucrative income for those who love power, rather than the honourable and respected function which it purports to be.

Should the remunerations of these ‘leaders’ be sensibly curtailed, this reduction, they insist, might drive away the best of them. But who decides what this ‘best’ means. Good at managing for instance? Good at business and making money perhaps. But certainly non amongst the present incumbents can claim to be philosopher kings or anywhere near such an exalted role, and the notion that leaders have a moral and ethical, as well as a political role has long ago been entirely abandoned.

Finally, it should not be difficult to propose some alternative values to replace the kind of nightmare scenarios imposed upon our innocent electoral minds. For instance that the poetry and poetic history of these islands are of greater importance than let’s say – economic growth, a low and meanly contrived concept bringing no peace or tranquillity to anyone.

Or that Morality could be seen as a more worthy axiom than the pedantic technicalities of Law, which endows overmuch power to petty officialdom.

That common sense takes precedence in the convolutions of legislation, for legislation cannot give birth to virtue but merely gives rise to political correctness, a stifling syndrome with all the imagination of a wheel clamp.

The planet has woven a black shroud of debt around itself in which its limbs and living lineaments are stifled and can now logistically never be thrown off. For to cast it aside, although granting a relief of many magnitudes to those in debt, would require the kind of decision unobtainable by the weak compromising faculties of the consensus mentality.

Much of this ‘debt’ is accumulated through the offer of credit, (once considered to be the heinous and forbidden crime of usury) a temptation irresistible to those ignorant of its purpose, which is to profit through interest and give power into the hands of the creditor.

The true function of the electorate is to contribute sensible, creative and above all, intelligent ideas to the governors (of all parties) who, owing to the devious laws of power to which they are now addicted, are entirely lacking in any of these qualities.

Now, in the midst of a cacophony of political madness which, since Cromwell, has accumulated an almost unstoppable momentum, is the time to contribute whatever insight is left in the available gene pool of intelligent thought.

After four hundred years of parliamentary ‘democracy’, with its associated assumption of sophisticated, if not always foresightful legislation, it might perhaps be time to relook at the whole foundation and consider the idea of a new constitution.

However, it would seem that any hopes of an entirely new consensus from our complacently sleeping electorate has long flown out of the window and remains the pipe-dream of poets and dreamers.