Posted on 30 November, 2019 by Lawrence Freiesleben 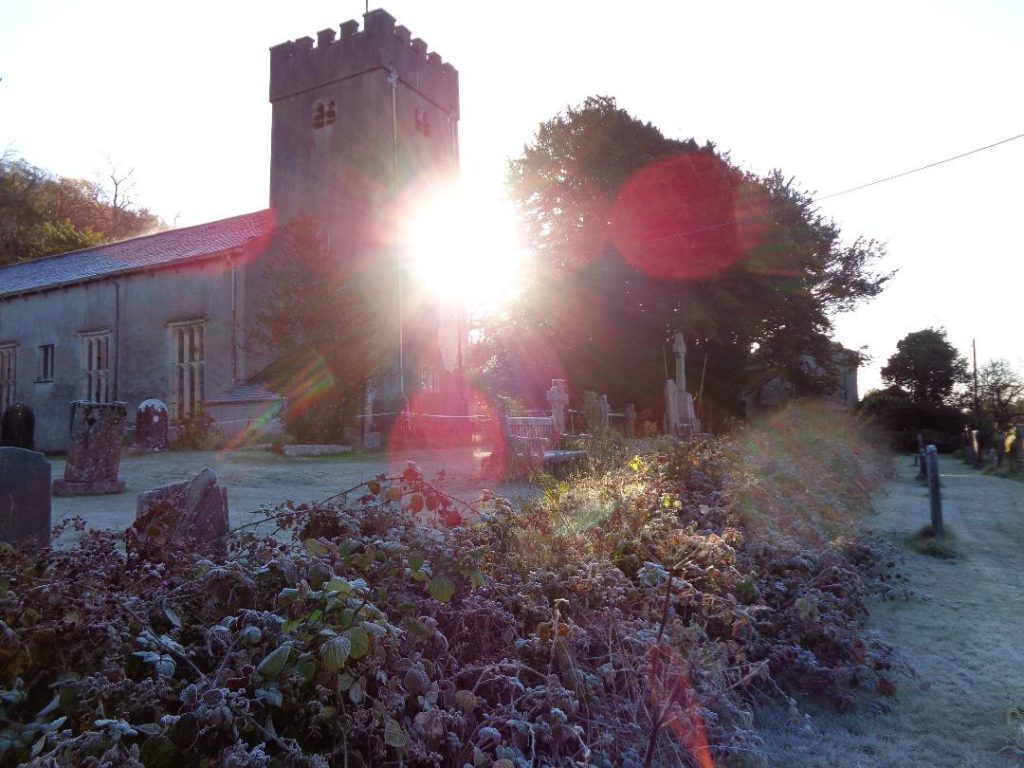 A couple of weeks before receiving Of Mud & Flame[i] to review, one of those frosty mornings, ideal premonitions of winter, drew me outdoors for a long day’s walk.

This local churchyard, above orchards of twisting apple and plum trees, is beautiful any time of year . . . and almost visionary was the atmosphere as I passed through, moving fast to build up some heat, the frost crunching underfoot. The perfect start to a perfect day.

Looking at the photograph later, with ease it can evoke the original impression. Yet in a different context – say if you think of it as a Christmas card – things begin to alter . . . only slightly and perhaps depending on your attitude toward Christmas? (or Wastemass as my dad refers to it, among other less kind names. But his view of the image would be extreme already, for its essence would make him feel “too bloody cold”).

Stick on a religious implication or message and the change becomes more severe – heightened or corrupted, depending on your point of view.

“We were gonna be married in that church til we ad an argument about bein vegetarian. We both were, but I told ‘im, if dinosaurs still roamed the earth, I wouldn’t mind eatin them – at least the bones wouldn’t get stuck in your teef – I always ‘ated fish. That was the beginnin of the end.”

Probably such a monologue doesn’t alter the dawn churchyard but only derails your thoughts? Or maybe the rising sun becomes primordial? Dinosaurs from an overheard woman on the X6 bus from Barrow, usurp the place entirely. The church loses all rational context.

By contrast, I once watched a squirrel scuttling up and down those church walls with ease – and every time it came down forwards, it gave a distinct, unnerving frisson of Dracula.

What with the render cracking dangerously from the tower[ii], a forceful impression the place can give, is one of Folk Horror – that loosely defined genre which Of Mud & Flame, sometimes extends to include the 1974, Play for Today, Penda’s Fen[iii]. More obvious examples in film would be The Blood on Satan’s Claw (1971) or The Wicker Man (1973). Given the appropriate music, at low light, the churchyard might fill you with dread.

Later, on the day of that frosty walk, I encountered a strange antiques storehouse out on the marsh. The area was “Strictly private property” according to a man who challenged me. The green dotted line on the old map carried no weight with him: “Thar went 50 yere agen” (or some less-false dialeckt to that effect). But he stayed polite, his dogs only wagged their tails and he finished with “No worries.” (NO WORRIES – I ask you, what is local dialect coming too??).

Later, suspecting this calmness was a clever ploy and he and other Deliverance (1972)[iv] style hillbillies were going to pursue me as soon as they’d loaded their elephant guns and blunderbusses, I took to the fell beyond ‘Back O the Fell Lane’ and soon lost myself in the thorn trees, rocks and bracken. Short of bloodhounds, no-one could follow anyone through the roughs below Raven Crag.

Finally emerging, I made for the stub of the ruined tower – with its high prospect of Foulshaw Moss, the Kent estuary and the whole coast beyond, having a sort of lunch (weird selection of leftovers grabbed from the fridge) . . .

Looking back, I wonder that considering my sudden paranoia, I still paused to take the Nothing of Note photo below. It was not even out of gunshot on the private hidden lane to the antiques storehouse and nest of hillbillies. But perhaps I never entirely believed the being hunted-down scenario? Was the message on the blue plaque reassuring – or self-aggrandising? Could I be the first obscure artist to disappear in this region – just to prove the sign wrong? 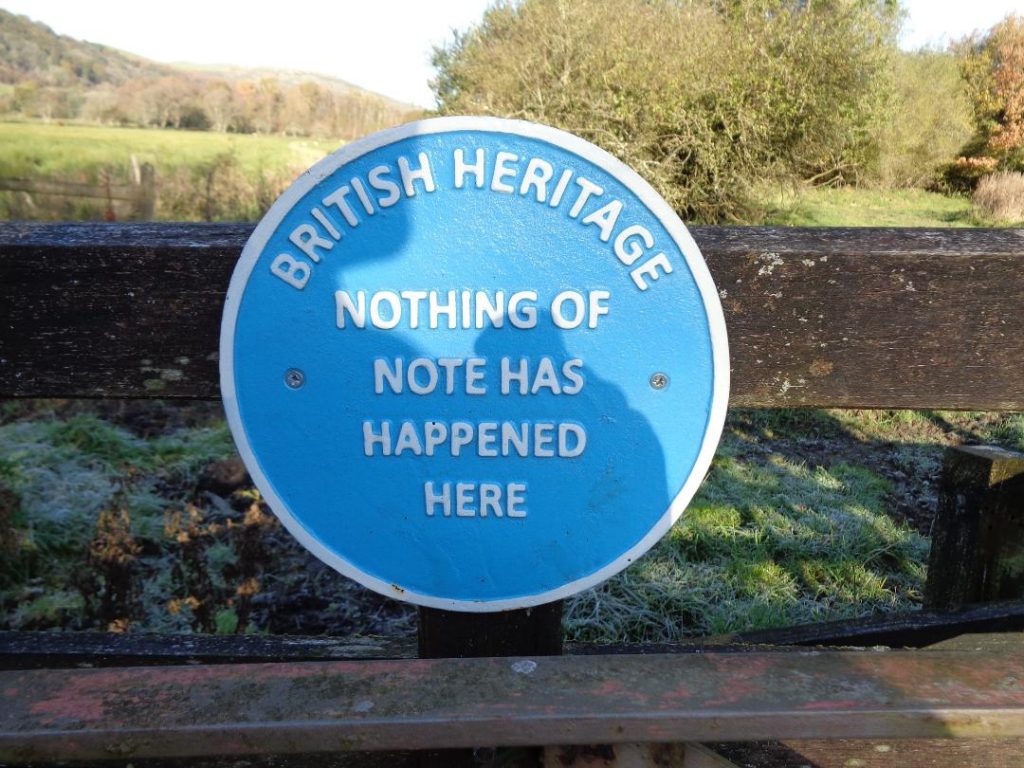 And, why did I think of Deliverance at the time when there are English archetypes far more appropriate to the landscape – slower and less direct, more refined than the extreme violence of the Georgia back-country and the harrowing rapids of the Cahulawassee River.[v]

Finally, to give a visual example of context, at the end of the day I came across a house haunted at magic hour – somehow cosy and welcoming . . . yet also full of foreboding? 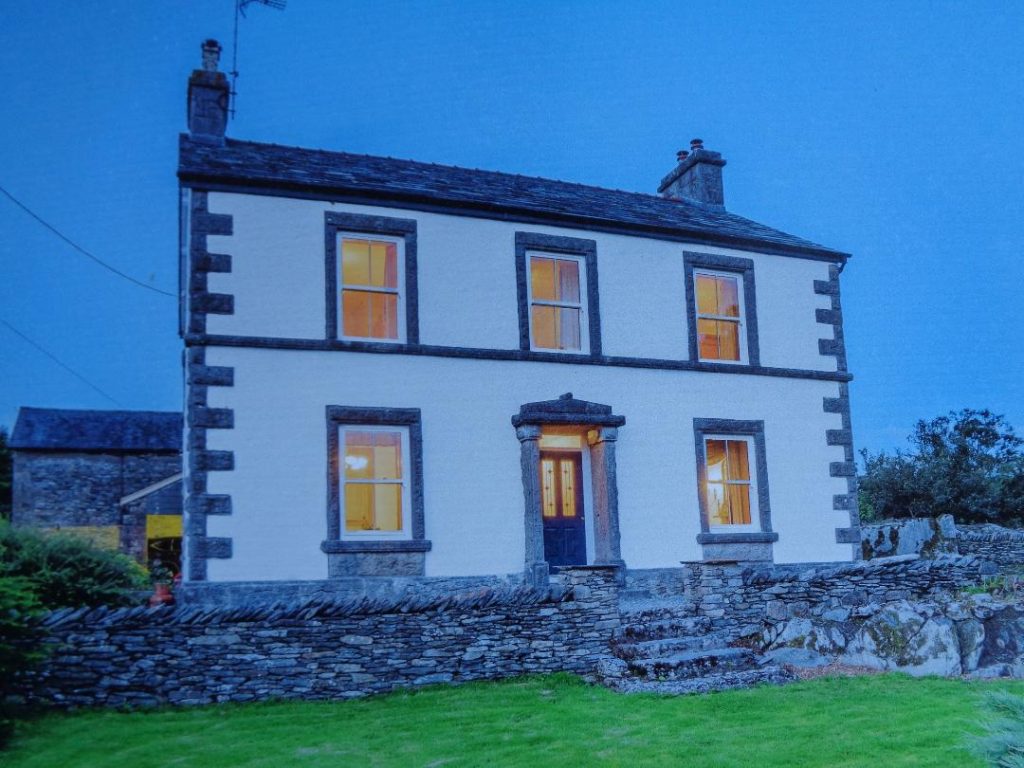 Except that I’m lying, actually I came across the Estate Agent’s board not long after descending from the church, and only ever saw the house itself, half a mile away, on the far side of a river, as I approached the strange antiques storehouse and hillbilly nest – on a path that no longer exists. 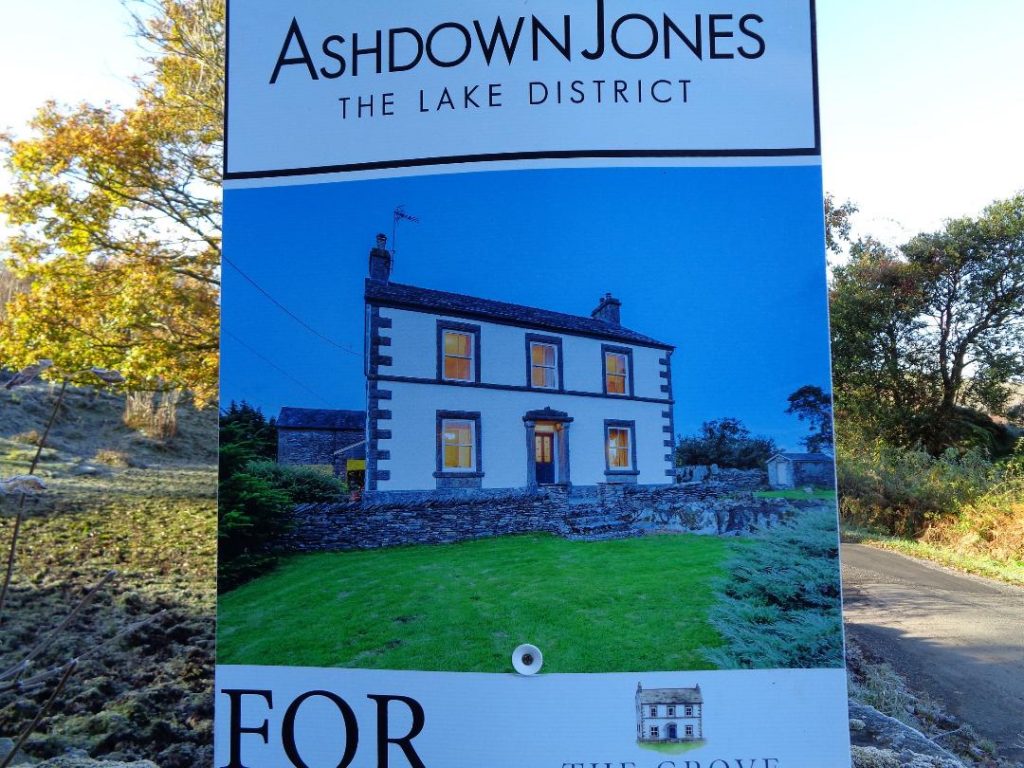 [ii] Lacking the money for repairs, if you look closely, the area beneath part of the tower is subtly fenced off.

View all posts by →
This entry was posted on 30 November, 2019 in homepage and tagged Lawrence Freiesleben. Bookmark the permalink.