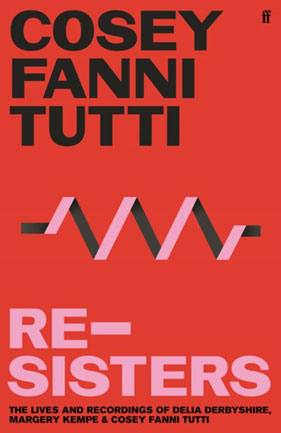 In review by Alan Dearling

This is a surreal, strange, and sometimes aggressive read. It’s like an Art Manifesto. In fact, that’s pretty much exactly what it is. A call to arms by self-proclaimed individualist, Art, Sex and Magic supremo, Cosey Fanni Tutti. A mash-up of three lives, three women, three ‘outsiders’. It’s a frantic art-piece – these are ‘Resisters’ – three pre- and post-feminist, Re-sisters. It’s about music. It’s about sex. It’s about being a woman and misogyny.  Ownership of one’s own body, exploitation and societal mores, rules and condemnations.

It is also a rollicking, roller-coaster read. And it frequently hits men and their views below the proverbial belt. I didn’t really know what to expect from the book, but it’s much more cerebral, challenging and fun than I anticipated!

Cosey’s contention is that there is a significant umbilical cord (and sometimes chord) that links all three women’s lives. Their ‘otherness’. Their being ‘fringe-dwellers’. It is easier to perceive in Delia and Cosey, less so in the strange life and world of Margery Kempe. But it just about ‘works’ as a loose concept for one of the main themes of Cosey’s book: women as outsiders. Women living in ‘sidereal’ time, outside of the norm. She herself has been an industrial music rebel in Throbbing Gristle and as half of musical and sound and art experiments with Chris Carter. 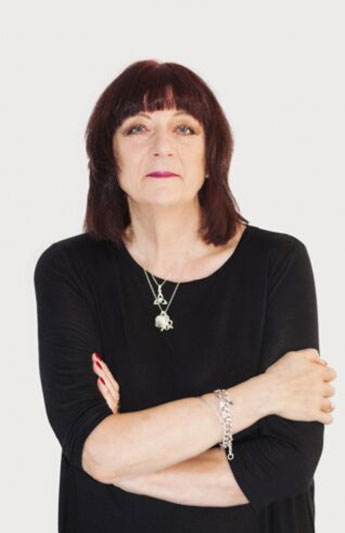 ‘Sin’ from Chris and Cosey, Carter Tutti, (reminds me of Suzie): https://youtu.be/uVda7eWDLtI 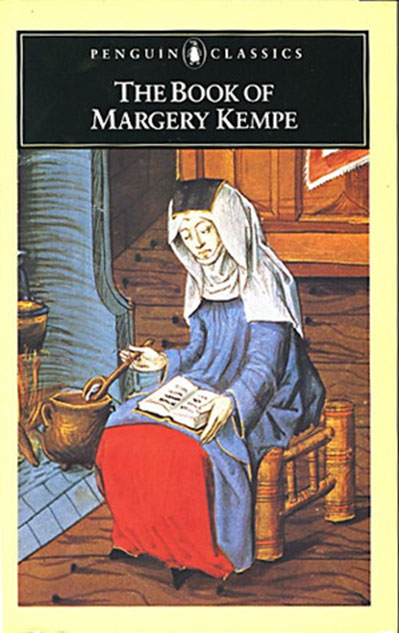 Delia Derbyshire, Margery Kempe and Cosey Fanni Tutti were all ‘resisters’. They resisted the control by men, and patriarchal society and organisations. Margery (1373-1439) had 14 children in the fourteenth/fifteenth centuries and probably many more miscarriages and still-births. She then refused to honour her marriage vows to husband, John and became celibate. She also wrote about it in her autobiographical book. Hers was a subversive spirit. She’s a sinner and would-be saint. Margery went on many pilgrimages, was interrogated many times by church elders, and conducted a marriage with God! She also claimed to have heard ‘harmonic sounds of heaven’ played by angels. So, there is a musical connection too. And like, Delia and Cosey, she lived a life, lived ‘to excess’.

Delia Derbyshire’s music is hard to obtain. She was regarded as a technician/arranger of music and so the vast amount of her ‘works’ are archived, essentially ‘buried’ and subject to copyright. But she was probably far more responsible for the original ‘Dr Who’ theme than composer, Ron Grainer, who is credited with the composition. According to Cosey in this book, he only provided some concepts such as ‘swoops’, ‘sweeps’, and ‘wind cloud’, which, “Delia interpreted in Ron’s notes as white noise, and ‘swoop’ as sine waves from valve oscillators.”  Delia painstakingly turned the images into electronic sounds, spliced together in the BBC Radiophonic Workshop. It became one of the earliest and most famous electronic pieces of music, the ‘Dr Who theme’. Delia was something of a legendary eccentric, using snuff and alcohol to feed her mind and works, and bisexual, like Cosey herself. But so much of her work has drifted into obscurity, despite being called, ‘The Godmother of Techno’ by some for creations such as, ‘Dance from ‘Noah’ ’, a 1972 schools’ radio drama. https://www.youtube.com/watch?v=Hw7VNHbxtU8

Cosey, we believe, will release ‘Delia Derbyshire: The Myths and the Legendary Tapes’, her original soundtrack recordings for Caroline Catz’ acclaimed film about Derbyshire, in September 2022 via Conspiracy International. 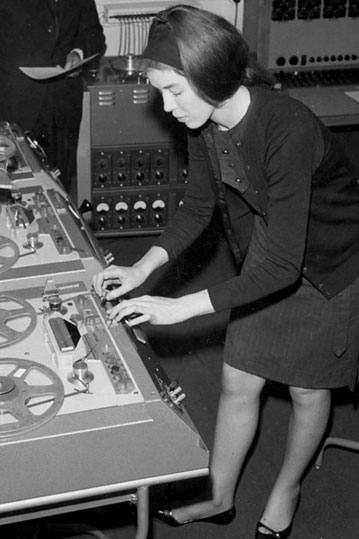 From Wikipedia: “After Derbyshire’s death, 267 reel-to-reel tapes and a box of a thousand papers were found in her attic. These were entrusted to the composer Mark Ayres, who had salvaged the tape archive of the Radiophonic Workshop, and in 2007 were given on permanent loan to the University of Manchester for preservation. The tapes consist primarily of material from Derbyshire’s freelance projects (e.g. works for theatre productions, films and festivals), some of her BBC work (the majority of Derbyshire’s BBC work, including the original version of the Doctor Who theme, is housed in the BBC Archive Centre at Perivale), off-air recordings of interviews with Derbyshire and recordings of music by other composers and musicians, including Karlheinz Stockhausen, Krzysztof Penderecki and Can. Almost all the tapes were digitised in 2007 by Louis Niebur and David Butler, but none of the music has been published due to copyright complications.”

Actually, my over-riding memory of the ‘Re-sisters’ book will be images of Delia Derbyshire and her life on the margins, including the ‘magic gloves’ she wore to hide miniature bottles of rum and brandy within! I also learned more about Delia’s contribution to one of my all-time favourite album’s, ‘An Electric Storm’ by ‘White Noise’.  Here’s: ‘Love Without Sound’: https://www.youtube.com/watch?v=Tpf8_zn-xDs 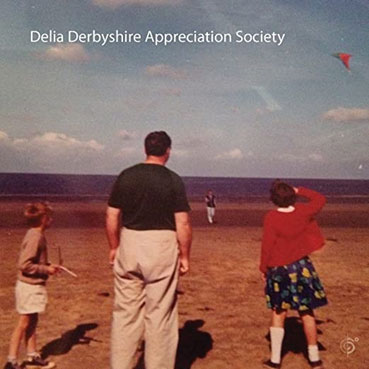 A lot of the tracks have also been re-mixed. Here’s a dubby, spacey one from Steve Hillage and Miquette Giraudy, performing as ‘Mirror System’: ‘Cloudface’: https://www.facebook.com/watch/?v=1685045541585082

Cosey Fanni Tutti: ‘Re-sisters’ is essentially an ‘Ideas Book’. Subversive. A triumph of will. Cosey ends the book:

“On looking for (Delia’s) will amongst all the paperwork about her house, her partner Clive came across the document in a brown manila envelope. It was clearly marked in large black lettering not with ‘WILL’ but with the word ‘WON’T.”

And the original Dr Who theme: https://www.youtube.com/watch?v=75V4ClJZME4

Defiant to the end. Recommended.