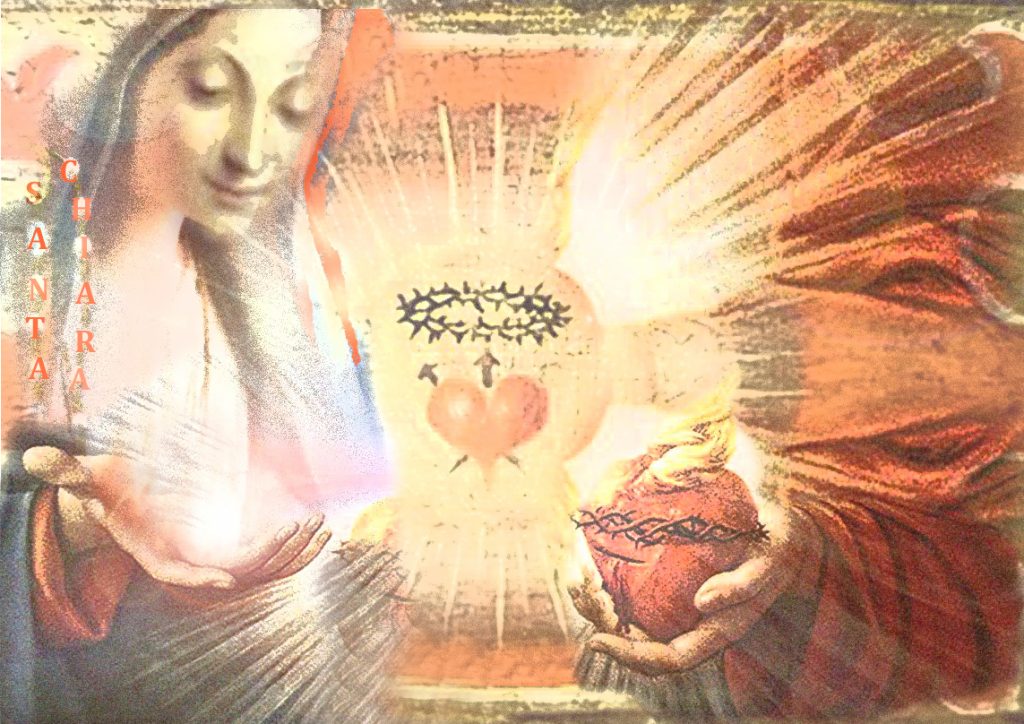 The heart of the matter is the heart –
Not the factual core of the circulatory system,
Which beats 100,000 times a day, pushing 5,000 gallons of blood
Through the body every 24 hours:
No, not that heart, but the heart at the heart
Of a long list of idioms.
‘A man after my own heart’, ‘Cross my heart and hope to die’,
‘Eat your heart out’, ‘Your best interests at heart’,
‘My heart goes out to you’, ‘You’re all heart’.
And again: ‘A heart of stone’, ‘A heart of gold’, ‘A black heart’,
‘Faint of heart’, ‘A noble heart’, ‘A heart filled with love’.
On and on it goes, and nothing whatever to do
With the real heart, the muscular organ,
The size of a clenched fist, which sits
In the chest, slightly to the left of centre.
So the question is, why do we ascribe so many conflicting qualities
To an unknowing, complex pump?

Our casual, misplaced perceptions, with regard to
The imagined attributes of the heart,
Derive from the medieval understanding of a number of works
By Aristotle, written during the fourth century BCE:
Most notably De Partibus Animalium and De Anima.
Aristotle identified the heart as the most important organ of the body,
The first to form, and the seat of intelligence, motion and sensation;
A hot, dry organ, that was the centre of the body’s vitality.
The other organs simply existed to cool the heart.
He compared it to the sun, placed in the midst of the planets;
Pouring heat and light over the other organs.
In this regard, Aristotle differed from his teacher, Plato,
Who placed the mind, via the physical brain, at the heart of things.

Aristotle’s erroneous conclusions were echoed by the Greek physician,
Galen, as well as in Judeo-Christian, Hindu, Buddhist and Taoist
Religious thought and symbolism – and even the religion of Ancient Egypt
Regarded the heart as the seat of emotion, thought, will and intention.
It would, therefore, be churlish, even heartless,
To dismiss such misconceptions, via the sharp lens
Of contemporary cardiovascular research and knowledge:
There is, after all, a kind of logic in placing the heart
At the centre of everything, given its location in the body.

For medieval thinkers in the Aristotelian mould,
The heart was considered the principal, and most powerful of organs;
The de facto originator of action, thought and feeling –
And crucially, in Catholic tradition, the seat of the soul.

***
In the year 1308, on the 17th of August, from her bed in the
Central Italian monastery of Santa Croce in Montefalco,
The abbess, Chiara Vengente, expelled her last breath.
The nuns, who gathered round her bedside, hoped to ensure
The safe passage of their spiritual leader from this world to the next.
Chiara had made it plain to the five sisters – Francesca, Illuminata,
Marina, Catherine and Helen – that Christ was in her heart;
She felt Him there, nourishing her at all times.
It was, therefore, no surprise to the nuns when, after her death,
Chiara’s body refused to decay or rot, for a full five days.
Clearly, the spirit of Christ within was miraculously at work,
Defying the scorching heat of Italy in August.
On the fifth day, unable to resist their curiosity any longer,
The sisters decided to remove Chiara’s heart with a razor.
They then placed the potentially divine organ in a box.
It was on the sixth day that Sister Francesca was driven
To return to the box, in order to further examine its contents.
She sliced the heart in two, and was amazed at what she discovered,
For contained within was a miniature sculpted image
Of Christ on the cross, along with several other tiny objects
Associated with the Passion: the nails hammered into Christ’s body,
The whip of His flagellation, and the spear which pierced His side.
However, these objects were not made of wood, but carved out of flesh –
The flesh of Chiara’s heart: proof positive that soul and heart
Were one and the same, made holy, via the living presence of Christ.

Francesca was so excited by her find, she brought the matter,
Along with the heart, to the attention of Church authorities,
Who – despite a degree of scepticism – accepted her word.
It wasn’t too long before a cult of devotees formed,
Dedicated to the miracle of Chiara’s sacred heart.
Over the course of the following centuries, paintings were commissioned,
Which showed Christ Himself placing the cross in Chiara’s chest.
Prints were made available of the heart and its miraculous contents,
And these were circulated far and wide – and finally, in 1881,
Pope Leo XIII confirmed Chiara was a saint of the Catholic Church.
Today, the heart, complete with its cross of muscle, is contained
In an ornate metal reliquary on the high altar at Santa Croce,
And although it’s black with age, there’s still no trace of decay or rot.*

Modern language is deeply charged with a medieval association
Between the heart and certain emotional states; an association
Which runs counter to the actual physical truth, a truth
Discovered by William Harvey in the 17th century.
Most physicians at the time assumed the lungs
Were responsible for moving blood around the body.
What Harvey theorised, via the publication, in 1628, of de Motu Cordis,
Was that “the blood in the animal body moves around in a circle
Continuously, and that the action or function of the heart is to
Accomplish this by pumping. This is (the) only reason
For the motion and beat of the heart”.
Although Harvey’s conclusions were considered controversial,
And were met with scepticism, derision, abuse, and even violent threats,
Within the space of twenty years they came to be generally accepted.
The heart was not the originator of thought, feeling and action,
Let alone the seat of the soul, imagined or otherwise.
However, irrespective of the facts, the deep connection
Between the heart and any number of entirely unrelated
Sensations and emotions persisted, and remains to this day.
So ingrained is the persuasive power of the idiomatic heart,
It often seems as if reality has suffered a bypass,
As a certain form of medievalism still reigns supreme.

The question of whether the contents of Chiara’s heart
Were divinely implanted, or if they developed naturally,
As a result of her absolute faith, or were skilfully crafted by
Francesca, with her sharp razor, using the heart muscle as raw material,
Is beside the point.
The entire miraculous episode of Santa Chiara was willingly believed,
Because of the perceived connection between the cognitive heart
And the seat of the soul – ill-conceived perhaps, but perfectly plausible.
Of course, now we know better, despite our continued use
Of medieval terminology, with the heart at its centre.
Old habits die hard.

However, what if the association was actual?
What if, by dint of some peculiar alchemical procedure,
The physical heart really did contain the hidden soul of its bodily host?
These days, there’d be no need to wait for death to arrive,
Before being able to examine the contents of the heart,
Since modern technology is more than capable
Of revealing the secrets that lie deep within.
Imagine, then, how we might separate outward appearance from inner reality,
By way of the radiological equivalent of Francesca’s sharp blade:
How we might tell truth from falsehood, how we could spot the bad apple, Before being obliged to bite and swallow…

It’s intriguing to wonder, for example, what lies at the heart, in the heart,
Of the most heartless, stone-hearted, empty-hearted of men –
The current holder of the presidency of the United States of America.
Perhaps the next time he’s obliged to undergo his yearly medical examination,
In order to assess his ‘fitness’ for high office,
He might be persuaded by a suitably attractive female doctor –
His ‘type’, obviously – to stretch out beneath an oversized CT scanner,
In order to accomodate his wobbly, orange-tinted body and enormous ego,
And to have his heart thoroughly ‘sliced’, via two-dimensional,
Cross-sectional images around an axis.
Provided the machine doesn’t emit a shriek, and explode,
In a kind of automated, automatic response at the freak show beneath,
The secret contents of the soul within the heart could prove telling.
Without knowing precisely what might be uncovered, it’s tempting
To surmise along the following lines: a quivering, fat, white slug,
Wrapped round a dollar bill, a gun, and a tiny, tiny short iron.

Dal cuore di santa Chiara, to a heart of darkness…
It’s more than enough to make the heart sink, weep, and bleed.

View all posts by Dafydd →
This entry was posted on 7 September, 2019 in homepage and tagged Claire Palmer, Dafydd Pedr. Bookmark the permalink.