Days and Nights in the Deep Freeze 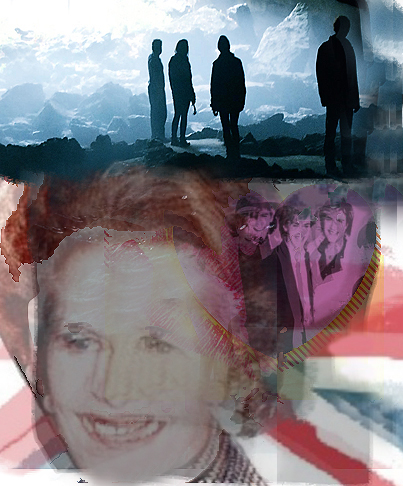 Despite the cloying neo-tropicana
of Duran Duran and their harlequin rivals
we feared a mini-Ice Age when the Thames would freeze
and yuppies would skate from bank to Bank.

And even now, my hands grow gloves as I think of the day
when, at minus seven at noon, with additional wind-chill
I couldn’t open the door of the office where I worked
and had to stand there, mouthing, in the hope of admittance.

So my shoulders still move in time with the beat
of the pibroch that is ‘The Ghost Never Smiles’
by the Edinburgh band, Cindytalk, and I shiver at the thought
of the gothic streets of that city on a sharp December night.

No warmth in that time or in its politics
and so much of its music laced with that frost –
the soft womb never as remote as then,
the tribes on the move across the ice.

Tweet
This entry was posted on 28 May, 2015 in homepage and tagged 1980S, Claire Palmer, empty music, Norman Jope, Thatcherism. Bookmark the permalink.