A Poem by Henry Howard, Earl of Surrey, and a translation into Contemporary Politics, from Surrey with the Fringe on Top

Th’Assyrian king, in peace, with foul desire
And filthy lusts that stain’d his regal heart ;
In war, that should set princely hearts on fire,
Did yield vanquisht for want of martial art.
The dint of swords from kisses seemed strange ;
And harder than his lady’s side, his targe:
From glutton feasts to soldier’s fare, a change;
His helmet, far above a garland’s charge:
Who scarce the name of manhood did retain,
Drenched in sloth and womanish delight.
Feeble of spirit, impatient of pain,
When he had lost his honour, and his right,
(Proud time of wealth, in storms appalled with dread,)
Murder’d himself, to shew some manful deed. 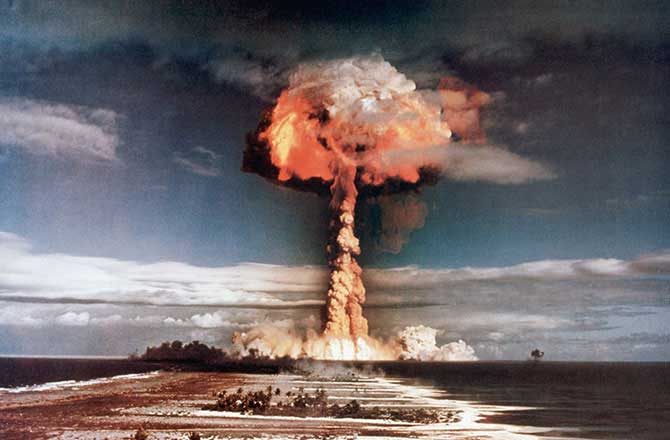 In peacetime, no warriors in frillies will defy this decree:

‘These suicidal fairies can’t be trusted to blow things up

and kill people with ‘overwhelming force,’ his spokesman said.

Gender’s stiff agenda. But Trump’s all trump and no guano!

Surrey’s Saradanapalus is clearly a ‘sissy’, the sort to say,

I love balloons but nobody knows what makes ’em fly!

As our man says: What’s the point of nuclear weapons

if you can’t use ’em? Kim Jong-un knows how to make them fly.

Inhuman masculinity is ‘unmanly’ in my book. Books! Who

Feeble and febrile, if he ever faces dishonour, loses his right to govern,

I fear that, out of his wealth in a storm of rage, he’ll rise,

thumb on button, and whoosh us all to show some ‘manful’ deed.

Tweet
Tweet
This entry was posted on 14 March, 2018 in homepage and tagged Robert Sheppard. Bookmark the permalink.