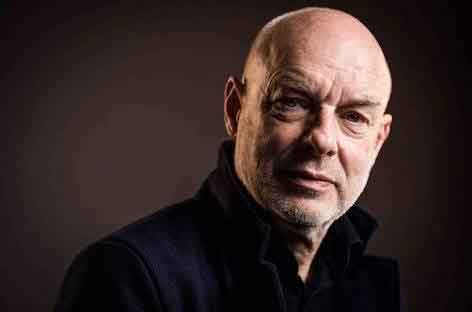 Was popular music not thoroughly changed in the late ‘60s and early ‘70s? This was the era of the introduction of the Moog synthesiser which we find in the likes of King Crimson’s In the Court of the Crimson King or Tangerine Dream’s Zeit. Well to be precise there was more than one transformation at play. The synthesiser came in, though in a limited way, and then by 77 came the advent of punk, down with progressive rock, though it still lived on, in with 3 chord in a garage punk and post punk rock; if keyboards at all, not a Moog but a Roland.

While we had Switched On Bach, Tan Dream thoroughly and restlessly plumbed the depths of what synthesisers could do in albums like Phaedra and Stratosfear. No band in Britain really matches that. Pink Floyd imparted of some of this sensibility but Kraftwerk or Can they were not.

Well, what is synthesiser music? Some refer to it as space music, or new age or just electronic. Like analogue guitar instrumentation with Lou Reed’s Metal Machine Music, synths can do noise, but so can digital.

But the ’70s saw a remarkable intervention by Brian Eno, who in essence was exploring what synthesisers can do. With Roxy Music, In ‘Every Dream Home a Heartache’ was an early demonstration of ominous and unsettled, yet strangely captivating noise atmospherics, ‘and every step I take’.

Eno endeavoured to bring in synth music not in a cacophonous or intimidating kind of way but quite subtly, affectingly and thoughtfully. No big statement or push, it was to be ‘ambient’ music. This in a sense is an appropriate tag. One might have ‘ambient for the chill out room’ or ‘climb the walls aesthetica’ for people with too much energy to burn (punk, grunge, hard rock etc). Eno goes for restraint and understatement when compared eg with Tan Dream or Jean-Michel Jarre (‘Oxygene’ etc). Eno described himself of course as a ‘non musician’.

Eno’s discography has seen some very interesting developments. Eno left Roxy Music in 73. There was Here Come the Warm Jets (73) and Another Green World (75) with Eno’s perhaps resistant and slightly mannered vocal delivery, ‘Baby’s On Fire’ perhaps a highlight.

Then came the collaborations with Bowie from Low (77) and later David Byrne. One could imagine an ambient album as a bit like the B side to Low. But it’s not all atmospherics. And Philip Glass decided to orchestrate Low and Heroes. And Eno’s work is not so far off the ‘space’ or ‘new age’ music of Steve Roach, who aims for a kind of spacious, oceanic palette (eg Structures from Silence).

As noted, ambient is not about loudness or noise, there’s a subtlety to it perhaps lost in the likes of Flock of Seagulls, Gary Numan or OMD. One might consider it music for ambient spaces, and many of the albums take their cue from particular locales (airport, Lizard Point etc).

Latterly Eno has been promoting Reflection which can serve up multiple pieces according to instruction, a kind of generative music, and still quite experimental. Most of us might prefer to settle for a Playlist than four or five takes from Reflection, but generative surely still has a long way to go.

With our current taste for nostalgia and vinyl, we now find four Eno LPs rereleased on vinyl, beginning with Discreet Music (75), ‘a clear step toward the ambient aesthetic’. Yes this was not yet ambient’s fruition. Eno noted nods to Erik Satie and his keyboard ‘furniture music’, ‘a minimalist work using tape-delay and synthesizer’. Discreet Music did include tape loops, following Eno and Fripp’s No Pussyfooting but it was still essentially of a background nature, not perhaps strongly grasping the attention if attempting foregrounding. But grabbing the attention is not perhaps what Eno had in mind, perhaps this music was intended to float, percolate, infiltrate in the background. Discrete Music is an early effort and I think lacks peaks or momentum to an extent.

One could only describe Music for Airports as a breakthrough. The mesmerising effect of the tape looped backing vocals is evident, and indeed works very well once the keyboard has been added to it. It feels almost like a foundational statement, technologically not seriously difficult, with perhaps some nods to the earlier loops in the US of Steve Reich, eg ‘It’s Gonna Rain’.

Past Airports which was in four hypnotic parts, Eno undertook a good many shorter compositions on Music for Films and On Land, although there are plenty more to find elsewhere. Apollo also dealt with visions of the moon landing and space. Films has lots of tracks, some 18, all really miniatures, from ‘Aragon’ to ‘Final Sunset’. There are some studio musicians here. The three versions of ‘Sparrowfall’, building on layers and variations, perhaps demonstrate how to do an exeunt, while ‘Final Sunset’ is exquisitely poised, among others.

The pieces of On Land are well worked out eg ‘A Clearing’ and ‘The Lost Day’ (9 mins) This strikes me as perhaps more successful than Apollo or Films which had objectified referents. Here there are some references to place, but it is quite subtle.

But there is something elementary to Airports where the looped vocals kick in, a foundational (for people who don’t like foundations) moment, that’s at 2/1, as if scarily but benignly washed up on a desert island, waves of sound advancing and receding. I don’t know that other Eno pieces can quite match this’ Discreet Music perhaps serves as a prelude.

From On Land, ‘Dunwich Beach 1960’ is particularly affective but it has a nostalgic air about it, one might compare it to ‘Old Land’ from After the Heat. How to do endings, how to be usurped, the (perhaps influential) figure in the background, feeding off memories.

Eno did later work with U2 (The Joshua Tree, Achtung Baby) and has also been active with Coldplay . It’s of the background, but when the foreground goes where are you?

It’s work of considerable moment. Besides ‘Every Dreamhome’, Eno has pretty much eschewed noise in favour of what we might call effects. He has a few quite affecting vocal tracks like ‘Baby’s On Fire’, ‘Taking Tiger Mountain’, ‘By This River’.

One wonders where it all goes. But whether it’s ambient chill out or wondering where those amazing synths on U2 or Coldplay came from, it is worth attending to this extraordinary contribution of Eno’s: ‘you and I underneath a sky…/wonder why we came…impressions chosen/ from another time’. (‘By This River’, Before and After Science). 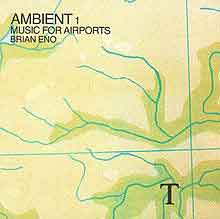 So there is more to Eno than just these four albums, where Airports and On Land are likely the stand outs, but this is when the big break happened, when it became acceptable to do instrumental, synthesised ambient music. And of course how to background more familiar pop or rock music. It was a bit of history in the making. It is here we find the opportunity to grasp in situ a quite epochal shift in British popular music taking place. One can anticipate that the alternative scene will be resonating for some time with its effects. 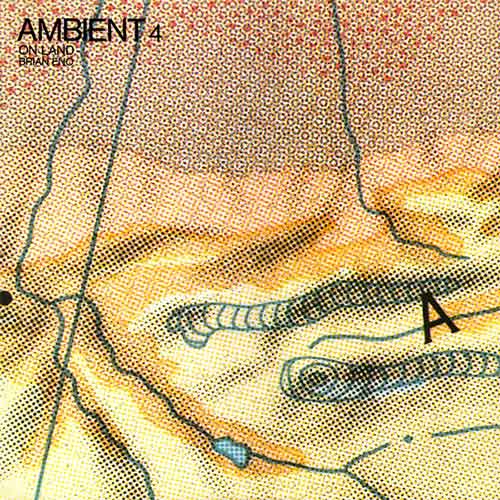 Tweet
This entry was posted on 20 October, 2018 in homepage and tagged Brian Eno, Clark Allison, Discreet Music, Dream On, Music for Airports, Music for Films, On Land. Bookmark the permalink.