Not many people know that Richard Wright, renowned for his 1940 novel Native Son, and his 1946 autobiography Black Boy, wrote thousands of haikus — about four thousand actually — all of them in France, in self-imposed exile from the United States, during the last 18 months of his life. 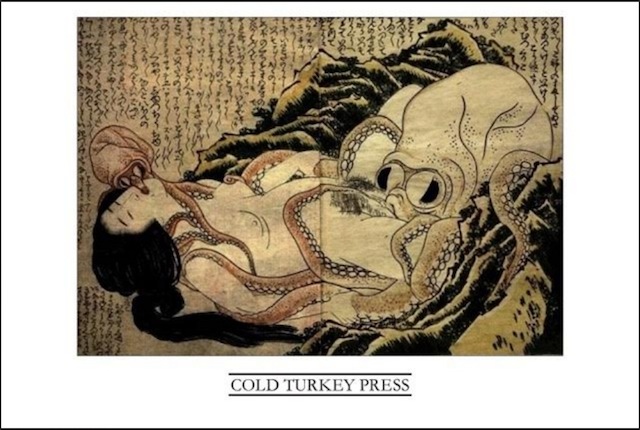 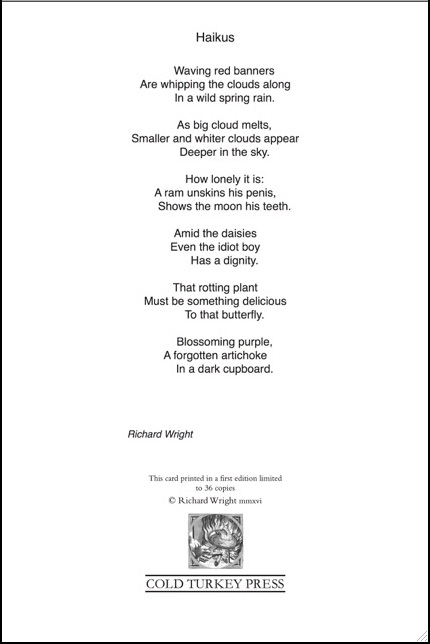 Wright prepared 817 of them for publication in 1960, the year he died — but except for a few they remained unpublished until 1998 when his selecton finally appeared in print (with an introduction by his daughter Julia Wright) in Haiku: This Other World. I chose a dozen or so from the book, and Cold Turkey Press publisher Gerard Bellaart arranged six of them (Nos. 454, 488, 491, 579, 803, 812) in that order as commentary for the Hokusai card. About 120 of Wright’s haikus are online here. Only No. 579 (“amid the daisies…”) is among those.