“END OF DAYS” is the last piece of artwork created for the Word/Image Novel AH POOK IS HERE by WILLIAM S. BURROUGHS and MALCOLM MC NEILL. It defines the moment when the ‘track’ finally ran out. There was no money to support the project; the term Graphic Novel did not exist, there was no market for a book of that kind. Work would continue sporadically for another two years, then it would be abandoned altogether.

The image is the final 10 feet from a 25-foot long, continuous sequence illustrating the climax of the narrative in which “VIRUS B-23,” the agent of Biologic Mutation, is released. “The Biologic store is now open…” (WSB) – any species can – and will – now mate with any other. For human beings it is the definitive END OF DAYS.

To evoke the idea of successive waves of mutation over TIME, each, new evolutionary iteration is revealed within a graphic of ‘future ejaculates’. The intention was to create a rainbow of color transitions to suggest the Mayan full-spectrum cosmogony of their MANY GODS in opposition to the black and white, either/or, Judeo/Christian ONE GOD. Because the image was abandoned before color was added, this graphic device is not so apparent. The color comp shows the way the sequence would have unfolded, with BATS, BIRDS and FLYING FISH containing the ‘present’ outgoing/’future’ incoming scenes.

The mutant Bird image also suggests the confrontation between the Mayan and Judeo/Christian worldviews: The Mayan priests are said to have flayed their sacrificial victims and danced in their skins as a perk to the proceedings. In deference to that idea, the mutant wears a human skin suit to show that all human systems of Control are now extinct. 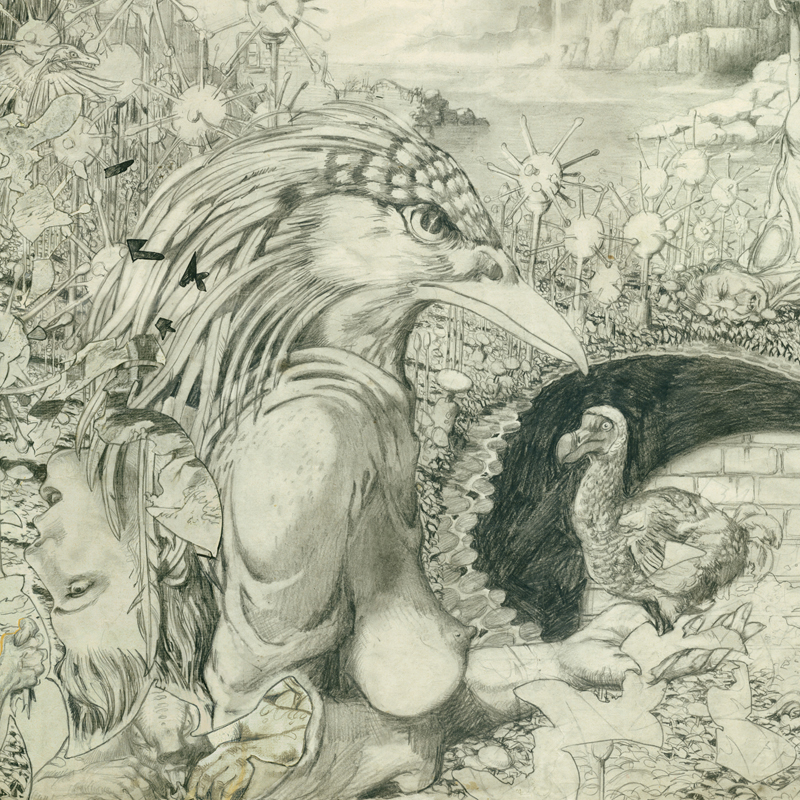 First to go in the process of such human purging, would be the WORD… 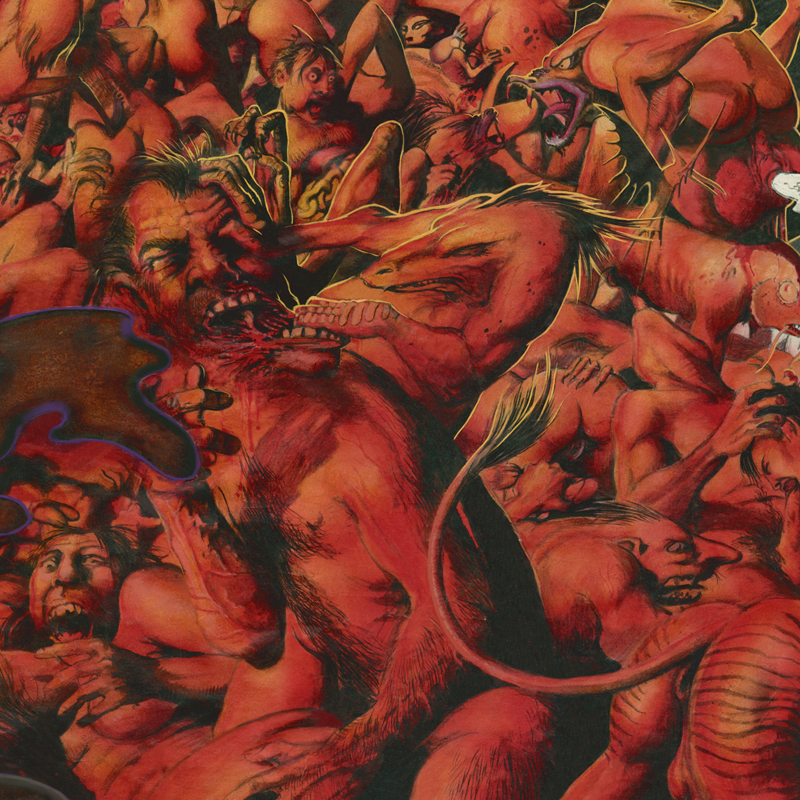 ‘Track’ is an appropriate term for the imagery of AH POOK IS HERE since it was a book concerned with TIME: The perception of TIME, the Control of TIME and the possibilities of ‘traveling’ within it. Burroughs subscribed to a pre-determinist view of TIME, in which ALL TIME already exists, or as he described it, is “pre-recorded”. The conventional linear temporal model – the “WORD/IMAGE TRACK” – as Burroughs called it, can conceivably be circumvented to reveal ‘inevitable’ events elsewhere in this overall reservoir of TIME. He used ‘Cut-ups” to that end: “Cut the word lines and the future leaks out.” (WSB) The serendipitous juxtaposition of Cutup text is reflected in the similarly, fortuitous image juxtapositions that occur in the evolutionary transitions. 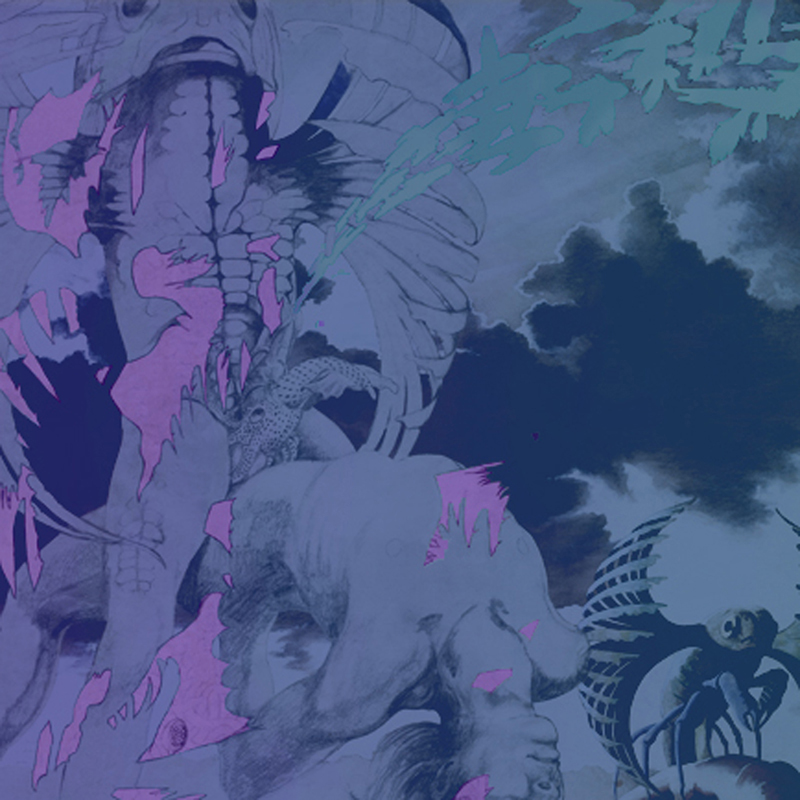 That the track for AH POOK IS HERE ran out in this way was in itself, in a sense, inevitable. AH POOK is the Mayan God of death and regeneration – he inherently embodies the notion of incompleteness. OBSERVED WHILE FALLING, the book about the project, is in turn the seemingly inevitable reincarnation of that IDEA – the IDEA Burroughs expressed in the first two paragraphs of the AH POOK text:

“The Mayan codices are undoubtedly books of the dead; that is to say directions for time travel. If you see reincarnation as a fact then the question arises; how does one orient oneself with regard to future lives?”

AH POOK IS HERE was the overt fictional medium for a deeper enquiry into the inherent nature of words and images themselves, in particular with respect to TIME. It was a form of Metafiction, a literary device in which the author deliberately places himself within the narrative in order to set up a dialogue of creative exchange between fiction and fact – in an attempt as Burroughs described it “…to make it happen”. Over the course of almost four decades AH POOK did indeed “happen”, and many of its fictional elements were realized as fact. Given Ah Pook’s essential character, these facts often bordered on the uncanny:

OBSERVED WHILE FALLING was unexpectedly, and incontrovertibly, brought to life by a dead man, another English artist who had also collaborated with an American writer on the subject of the Maya 160 years before. In effect, an individual, whose creative and personal life trajectory often matched Mc Neill’s precisely,  ‘traveled’ forward in Time to confirm AH POOK’s underlying premise, and revive a project that had been lost to the record for more than 30 years. The event expressed as fact, the fictional element within AH POOK, of an individual traveling from past time to influence a like-minded individual in the present.

The book was first published in 2012, a year when the prescience of AH POOK’s overt narrative was coincidentally most apparent. The predictions of a Biblical “End of Days” – which occurs with consistent regularity throughout time – was for the very first time, coincident with the perceived Mayan “End of Days” in the termination of their calendar Long Count. That it happened within a Western political, framework of escalating social control and media censorship, consistent with the methods of AH POOK IS HERE’s protagonist John Stanley Hart, is testament to Burroughs’ prescience as a writer. The fact that it would take the project’s image complement, years after he was dead, to make that apparent, demonstrates the potential of Word and Image working with mutual intent on an IDEA across TIME. 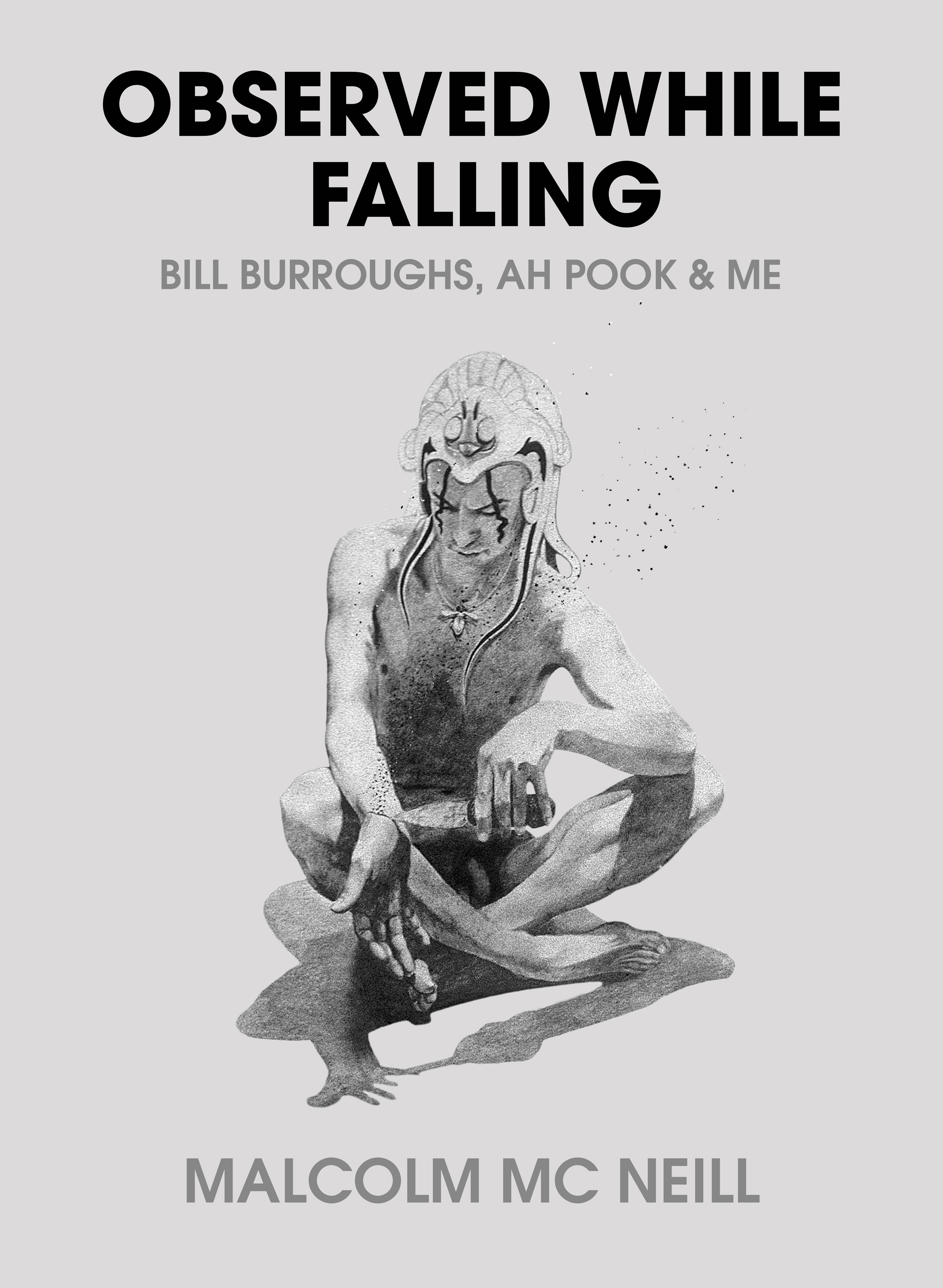 PSYCHOANALYSIS, ART & THE OCCULT is a symposium organized by VANESSA SINCLAIR and CARL ABRAHAMSSON scheduled for MAY 6th – 9th at CANDID ARTS TRUST, 3 Torrens St. London. END OF DAYS is part of the gallery show accompanying the event. Opening reception for the show is May 5th.

One Response to “End of Days” Psychoanalysis, Art & the Occult