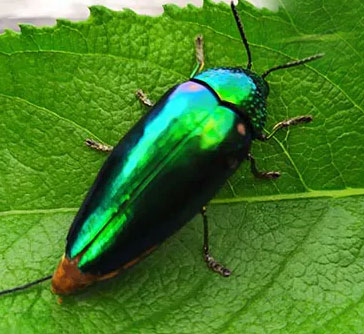 ‘Adopt an at-risk species’ said the ad. Marcia clicked on the link, which took her to a catalogue of endangered life forms. By donating a few dollars, the site claimed, you could help keep these creatures from extinction. The choice of which life forms should be preserved was left to the donor. ‘That one looks cute,’ said Paulo, her ten-year old son, pointing to the image of a small newt-like animal. ‘Axolotl salamander’, she read from the screen. ‘Is it real?’ he asked. ‘It looks like something created in CGI. You know, for Disney or whatever.’ Marcia scrolled on down the list. The number of animals and plants was daunting. ‘Depressed river mussels,’ she read, ‘Oahu tree snail, corpse flower.’ ‘What’s a corpse flower?’ Paulo asked. She clicked on the photo and a text box opened with a description and information about conservation efforts. ‘It gives off a scent which smells like decomposing flesh,’ she said. ‘Cool, that has to be worth preserving,’ Paulo said. ‘Let’s sponsor that one.’ ‘Make a list,’ Marcia said and continued scrolling down. ‘What about this jewel beetle,’ she said. ‘Isn’t it pretty?’ The image showed an iridescent, pale blue-green bug. Paulo wasn’t impressed. ‘Here’s one you’ll like, hornet robber fly…lives near dung, and feeds on grasshoppers, beetles and moths.’ Paulo gazed at it for a moment, the large black eyes and hairy thorax, then added the insect’s name to his list.

Tweet
This entry was posted on 13 August, 2021 in homepage and tagged Simon Collings. Bookmark the permalink.