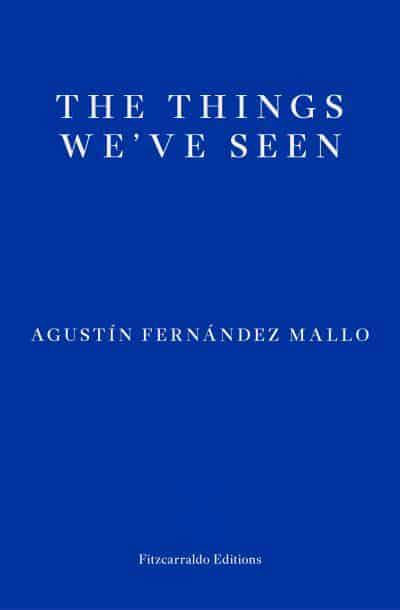 So what have we seen? If you are one of the characters in Lallo’s long, meandering novel, The Things We’ve Seen, which is in three parts, or books, you have seen everything and nothing. You have convinced yourself you were the fourth astronaut on the moon landing, you are exploring the Normandy coast, you are visitor to a strange artists’ colony housed in a former place of imprisonment and torture. You are caught within a web of the present day, supposition and intuition, memory and hopes.

Mallo’s three parts do not link, and parts of the story or stories within each part do not link; It is like real life: ideas, experiences, perceptions and emotions scrambled together into some kind of narrative, which stumble and trips over itself as the past is misremembered and reconstructed to suit the moment. Details of films the narrators know, you will know (or I know) are recounted or interpreted wrongly, stories focus in on the wrong character or event, everything is changed and reinterpreted to suit the moment.

It makes as much or as little sense as you want it to. There’s nothing difficult about the language, what is being described, or what is happening; the book is realistic and engaging but if you want some big ending, or even some big meaning or story, you won’t get it. The reader must make of these 480 pages what they choose to.

Mallo’s previous Nocilla trilogy was episodic and fragmentary, including sections of non-fiction, stories, tales, images and asides. Nocilla is the word for the Spanish version of Nutella, the word used to evoke the everyday and mundane as a necessity for fiction. The Things We’ve Seen dispenses with fragmentation in lieu of meandering storylines of the everyday in all its delusional, complicated, splendid but ultimately ridiculous banality. It is a slow-moving whirlwind of a book that reveals and speaks of the complexities of our inner and outer lives. 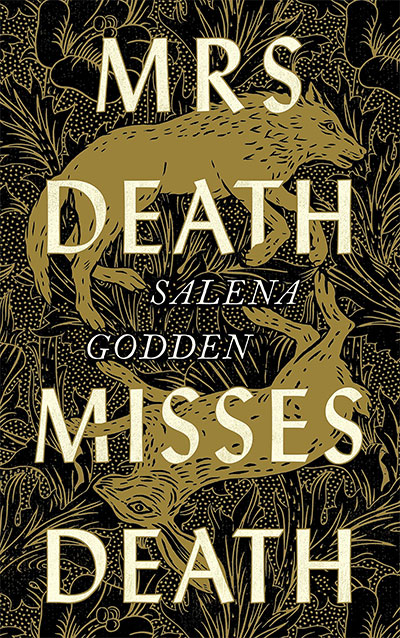 If, however, you prefer things fixed and final, then you might prefer Salena Godden’s Mrs Death Misses Death. It, too is episodic but it focuses on Death, here re-imagined as a Mrs not the usual male grim reaper, and her relationship with a variety of characters. The book is at its best when Godden brings historical characters to life, inserting Mrs Death into the scene, but elsewhere there is some appalling sixth form poetry (basically broken-up prose) and some self-obsessed writing about every topical issue you can name: the Grenfell fire, racism, sexual abuse, alcoholism, violence, familial disputes, etc etc. All, of course, are important and real concerns, but unfortunately having characters spout banalities about them in a novel won’t help.

Foreknowledge of our own death is one of the things the human race shares, and the idea of Mrs Death as muse and companion to Godden’s protagonist is a good one. In the main however, the book falls into clichés and generalisations, is too busy informing the reader and directing them how to respond to accomplish much. For the confusing reality of being human and all the problems that entails, you’ll be needing Agustín Fernández Mallo and to think for yourself.