Exclusive: I Can Reveal the Legal Advice on Drone Strikes, and How the Establishment Work 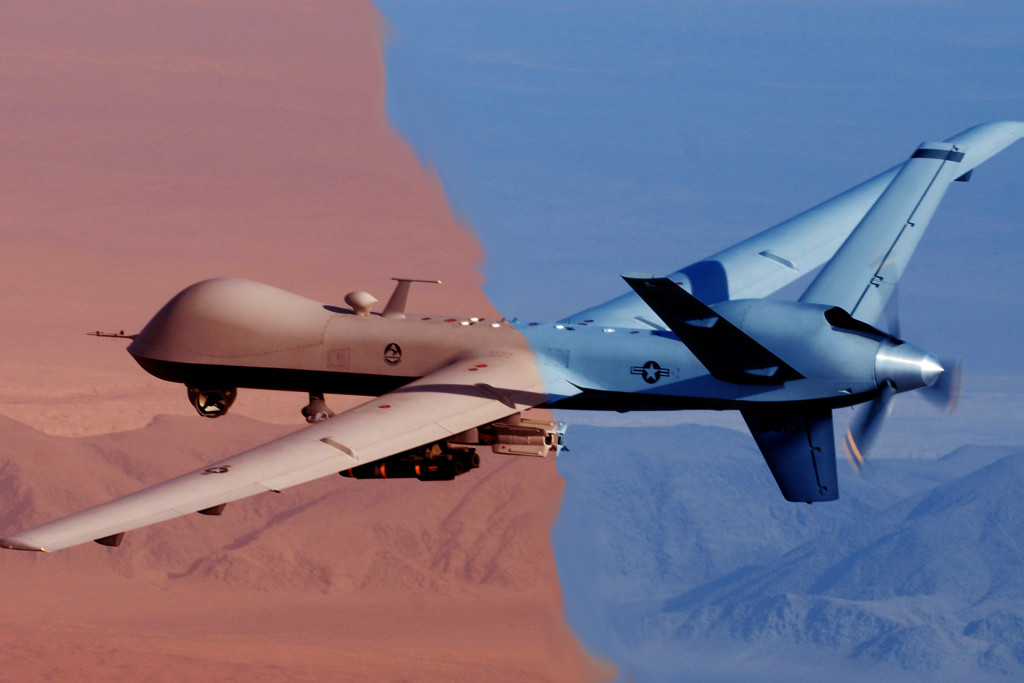 This may be the most important article I ever post, because it reveals perfectly how the Establishment works and how the Red Tories and Blue Tories contrive to give a false impression of democracy. It is information I can only give you because of my experience as an insider.

It is a definitive proof of the validity of the Chomskian propaganda model. It needs a fair bit of detail to do this, but please try and read through it because it really is very, very important. After you have finished, if you agree with me about the significance, please repost, (you are free to copy), retweet, add to news aggregators (Reddit etc) and do anything you can to get other people to pay attention.

The government based its decision to execute by drone two British men in Syria on “Legal Opinion” from the Attorney-General for England and Wales, Jeremy Wright, a politician, MP and Cabinet Minister. But Wright’s legal knowledge comes from an undistinguished first degree from Exeter and a short career as a criminal defence barrister in Birmingham. His knowledge of public international law is virtually nil.

I pause briefly to note that there is no pretence of consulting the Scottish legal system. The only legal opinion is from the Attorney General for England and Wales who is also Honorary Advocate General for Northern Ireland.

The only known occasion when this did not happen was the Iraq War. Then the FCO Legal Advisers – unanimously – advised the Attorney-General, Lord Goldsmith, that to invade Iraq was illegal. Jack Straw asked the Attorney General to dismiss the FCO chief Legal Adviser, Sir Michael Wood (Goldsmith refused). Blair sent Goldsmith to Washington where the Opinion was written for him to sign by George Bush’s lawyers. [I know this sounds incredible, but it is absolutely true]. Sir Michael Wood’s deputy, Elizabeth Wilmshurst, resigned in protest.

In consequence Blair and Straw decided that, again for the first time ever, the FCO’s chief legal adviser had to be appointed not from within the FCO legal advisers, who had all declared the war on Iraq to be illegal, but from outside. They had to find a distinguished public international lawyer who was prepared to argue that the war on Iraq was legal. That was a very small field. Blair and Straw thus turned to Benjamin Netanyahu’s favourite lawyer, Daniel Bethlehem.

Daniel Bethlehem had represented Israel before the Mitchell Inquiry into violence against the people of Gaza, arguing that it was all legitimate self-defence. He had also supplied the Government of Israel with a Legal Opinion that the vast Wall they were building in illegally occupied land, surrounding and isolating all the major Palestinian communities and turning them into large prisons, was also legal. Daniel Bethlehem is an extreme Zionist militarist of the most aggressive kind, and close to Mark Regev, Israel’s new Ambassador to the UK.

Daniel Bethlehem had developed, in his work for Israel, an extremist doctrine of the right of States to use pre-emptive self-defence – a doctrine which would not be accepted by the vast majority of public international lawyers. He clinched his appointment by Blair as the FCO chief legal adviser by presenting a memorandum to the House of Commons Foreign Affairs Committee in 2004 outlining this doctrine, and thus de facto defending the attack on Iraq and the Bush/Blair doctrine.

A key sentence of Daniel Bethlehem’s memorandum is this

“It must be right that states are able to act in self-defence in circumstances where there is evidence of further imminent attacks by terrorist groups, even if there is no specific evidence of where such an attack will take place or of the precise nature of the attack.”

There is a fundamental flaw in this argument. How can you be certain that an attack in “imminent”, if you are not certain where or what it is? Even if we can wildly imagine a scenario where the government know of an “imminent” attack, but not where or what it is, how could killing someone in Syria stop the attack in the UK? If a team were active, armed and in course of operation in the UK – which is needed for “imminent” – how would killing an individual in Syria prevent them from going through with it? It simply does not add up as a practical scenario.

Interestingly, Daniel Bethlehem does not pretend this is accepted international law, but specifically states that

Bethlehem is attempting to develop the concept of “imminent” beyond any natural interpretation of the word “imminent”.

Daniel Bethlehem left the FCO in 2011. But he had firmly set the British government doctrine on this issue, while all FCO legal advisers know not to follow it gets you sacked. I can guarantee you that Wright’s Legal Opinion states precisely the same argument that David Bethlehem stated in his 2004 memorandum. Knowing how these things work, I am prepared to wager every penny I own that much of the language is identical.

It was New Labour, the Red Tories, who appointed Daniel Bethlehem, and they appointed him precisely in order to establish this doctrine. It is therefore a stunning illustration of how the system works, that the only response of the official “opposition” to these extrajudicial executions is to demand to see the Legal Opinion, when it comes from the man they themselves appointed. The Red Tories appointed him precisely because they knew what Legal Opinion would be given on this specific subject. They can read it in Hansard.

So it is all a charade.

Jeremy Wright pretends to give a Legal Opinion, actually from FCO legal advisers based on the “Bethlehem Doctrine”. The Labour Party pretends, very unconvincingly, to be an opposition. The Guardian, apparently the leading “opposition” intellectual paper, publishes articles by its staff neo-con propagandists Joshua Rozenberg (married to Melanie Phillips) and Rafael Behr strongly supporting the government’s new powers of extrajudicial execution. In summer 2012 Joshua Rozenberg presented a programme on BBC Radio 4 entitled “Secret courts, drones and international law” which consisted mostly of a fawning interview with … Daniel Bethlehem. The BBC and Sky News give us wall to wall justification of the killings.

So the state, with its neo-con “opposition” and media closely in step with its neo-con government, seamlessly adopts a new power to kill its own subjects based on secret intelligence and secret legal advice, and a very weird definition of “imminent” that even its author admits to be outside current legal understanding.

That is how the state works. I do hope you find that helpful.

This article has been updated to reflect the fact the Daniel Bethlehem is now retired from the FCO.

One Response to Exclusive: I Can Reveal the Legal Advice on Drone Strikes, and How the Establishment Work