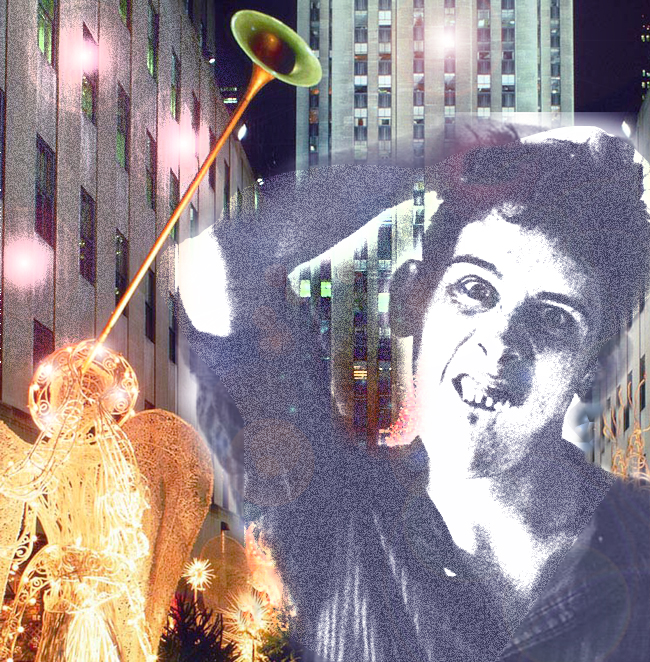 A few years ago the BBC made a tit of itself by trying to censor the
Pogues classic ‘Fairytale of New York’.

As everyone knew, it was 20 years too late. The song
had already lodged itself in our consciousness. We
love it. It makes Christmas more authentic. It’s
deliciously filthy. And an absolute tear-jerker. The
mystery is how it ever got past the censor in the
first place without suffering the same fate as the
Pogues’ searing political anthem ‘The Birmingham Six’
or, indeed, the group’s original name Pogue Mahone
(Gaelic for ‘kiss my arse’), both of which were banned
in the 1980s.

Shane MacGowan – who began his career as the
self-styled Shane O’Hooligan – is of the punk era
which seeks to shock, to offend, to court controversy.
(“You’re a bum, you’re a punk…”) These brushes with
the censor are always a result. ‘God Save the Queen’
by the Sex Pistols was a defining moment in English
cultural history, especially as the authorities
pretended the song was Number Two in the charts when
it was really Number One. (Did they do the same to
‘Fairytale’ which also reached Number Two?) Naturally,
the ban added to its marketability.

But ‘God save the Queen’ was banned for its sentiment,
not for its foul language. What is it about ‘Fairytale
of New York’ that got away – until 2007 – with the
use of words like ‘faggot’ and ‘slut’? (Not that these
words are especially bad).

Interestingly, an Irish academic, Terry Dolan, tried
to defend MacGowan by claiming that the Irish often
use words in a different way to their dictionary
definition. He has pointed to Greek etymology and to
other meanings e.g. ‘bundle of twigs’, but this is
beating round the bush. When MacGowan uses the word
‘faggot’ he means ‘faggot’, not bundle of twigs.

But it is innocent. For starters, we’re dealing with dramatic
characters. One of the many reasons the song is delightful
is that it presents a female character accusing a male
character – her own long-term lover – of being a homosexual.

Perhaps this is the subtext of the song? The male
character is not only an alcoholic, a gambler and a
petty criminal, but a closet homosexual. Perhaps he has
deliberately got himself thrown into prison where he
will be surrounded by other men who have only one
sexual option? Why does he keep going on about ‘the
boys in the NYPD choir’? Why does she say ‘Happy
Christmas your arse’? Is there a double entendre in
the title: FAIRYtale of New York? Or even in ‘bum’?

Then again, women sometimes accuse their men of being gay
in the heat of an argument. It always makes them squirm.

MacGowan is a fine lyricist who – like Morrissey – is
always playing with gender. It’s a good trick:
confrontational, subversive, disturbing, it throws
everything into confusion. His song ‘The Old Main
Drag’ handles the issue of rent-boys very sensitively,
and with gritty realism:

“There the he-males and the she-males paraded in style
And the old man with the money would flash you a
smile.
In the dark of an alley you would work for a five,
For a swift one off the wrist down on the Old Main
Drag.”

‘Lorca’s Novena’ – which also uses the word ‘faggot’ –
is a brilliant elegy for the gay poet, murdered by
Franco’s fascists:

“The years went by and then the killers came.
They took the men and marched them up the hill of pain
And Lorca the faggot poet they left till last,
Blew his brains out with a pistol up his arse.”

None of this is the work of a homophobe.

And anyway, poets are androgynous animals.

MacGowan is a literary man who knows there is no such
thing as bad language, only bad usage; and he uses it
well. Alfred Jarry, Charles Bukowski, Henry Miller,
Patti Smith, James Joyce, J.D. Salinger do the same.
In ‘The Sickbed of Cuchullain’ MacGowan folkishly
but thoughtfully uses politically incorrect terminology
to make an anti-Fascist statement:

His sharp use of ‘Paks’ rather than ‘Pakis’ clearly indicates
he’s one of the good guys.

The American poet John Wieners – who was raised in an
Irish Catholic family in Boston but whose name is German
slang for penis – deploys titles such as ‘ A Poem for
Cocksuckers’ and ‘A Poem for fairies’. Ostensibly
offensive,  the intention and effect are deeply sympathetic. This
is a poetry of, by and for outsiders.

MacGowan is hardly likely to be a gay-basher when his own hero,
– the fighting Irishman, Brendan Behan – was hyperactively bisexual.
(Behan’s own prison  song ‘The Old Triangle’ – which MacGowan
sang lovingly on the Pogues’ first album – evokes a certain
homoerotic tension between the narrator, the ‘screw’ and the
‘lag’, though the lag is dreaming of his girlfriend ‘Sal’ and, in the
final heartily heterosexual verse, the narrator is dreaming of the
seventy-five inmates of Mountjoy Women’s Prison).

‘Faggot’ is also early 20th Century American slang for
‘woman’ implying ‘lump’ or ‘hag’. But this definition
is not applicable here – unless the male character is
really a female-to-male transvestite! MacGowan’s use
of the word is writerly. It’s Kirsty MacColl who
intones it. And her character not only accuses his of
being a faggot, but a ‘cheap lousy faggot’. This, with
its connotations of low-level prostitution and STDs,
is more of an insult – even if it’s only coming from
‘an old slut on junk’.

Rumours abound that in the rough years on the street
between his expulsion from super-posh Westminster
School (to which he won a scholarship) and his
founding of punk band The Nipple Erectors, MacGowan
may have done a few stints as a rent-boy. After ‘The
Old Main Drag’ the phrase ‘cheap lousy faggot’ is the
next clue. As the word ‘punk’ is an Elizabethan term
for prostitute, perhaps MacGowan is the most authentic
punk of all?

Peter Tatchell has not unreasonably expressed concern
that the song gives carte blanche for mainstream radio
to play other tracks which include derogatory slang
words for homosexual; and there’s a lot of nasty ones
about. But Tatchell’s always huffing and puffing.
Instead of abiding by general rules, each case must be
judged individually.

‘Fairytale’ is a folk song which uses the language
people speak in a memorable and compassionate way. It
is less a Christmas jingle than a Christian poem. The
song is one of those works of art that transcends its
medium and seems like all the arts in one: a film, a
novel, a musical. It is a tragi-comedy which makes us
laugh and cry in the course of its 3 or so minutes.

This is why the BBC’s insertion of the ‘bleep’ a few years ago
was far more offensive than that which was being bleeped. The
BBC did well to listen to the general public and quickly remove it.
It can be said in their defence  that they briefly added to the gaiety
of the nation. (I mean that in both senses i.e. jollity and
naffness…)

I’m sure MacGowan himself had a good chuckle
at the time, but it’s worth remembering it happened just as he
was turning 50 and that his own birthday is actually Christmas Day.
It was a nice birthday present-cum-Christmas present that he could
hear his own song again without any would-be PC sabotage.

‘A Fairy Tale of New York’ is also the name of a novel
by the Irish-American author J.P.Donleavy, a satire on
the U.S. funeral industry. MacGowan is following in
the footsteps of Lou Reed whose
prostitution/drug/transsexual classic ‘A Walk on the
Wild Side’ also takes its title from a lesser known
book. Here, it’s a clever literary allusion which sets
up the Irish-American theme, but also hints at the
ironic disparity between Donleavy’s cynical business
tycoons and MacGowan’s low-lifes.

Finally, it turns out that ‘faggot’ may have been used
circa 1555 as another word for the pyre on which
witches and heretics were burnt. Jump onto your faggots,
boys! Time to be tied up! Time for your arses to feel the
heat!

More disturbingly, the etymology of the word Fascist itself is:
‘bundles, faggots.’