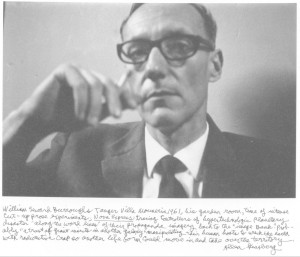 This event honours The Final Academy which took place in London 30 years ago this October, and which featured William Burroughs, Brion Gysin, and Psychic TV.

Words of Advice (Dir. Lars Movin, Steen Møller Rasmussen) features previously unseen footage of Burroughs on tour in the late 80s, plus rare home movies of Burroughs in Kansas towards the end of his life. Contributors include Patti Smith, John Giorno, Islamic Diggers, and Bill Laswell.

Scanner is one of the leading electronic musicians of his generation. In 2004 he was commissioned by Tate Modern to create their first sonic art work. He is a contributing editor to kultureflash.net