FOR THE MIGRANTS OF MARAZION 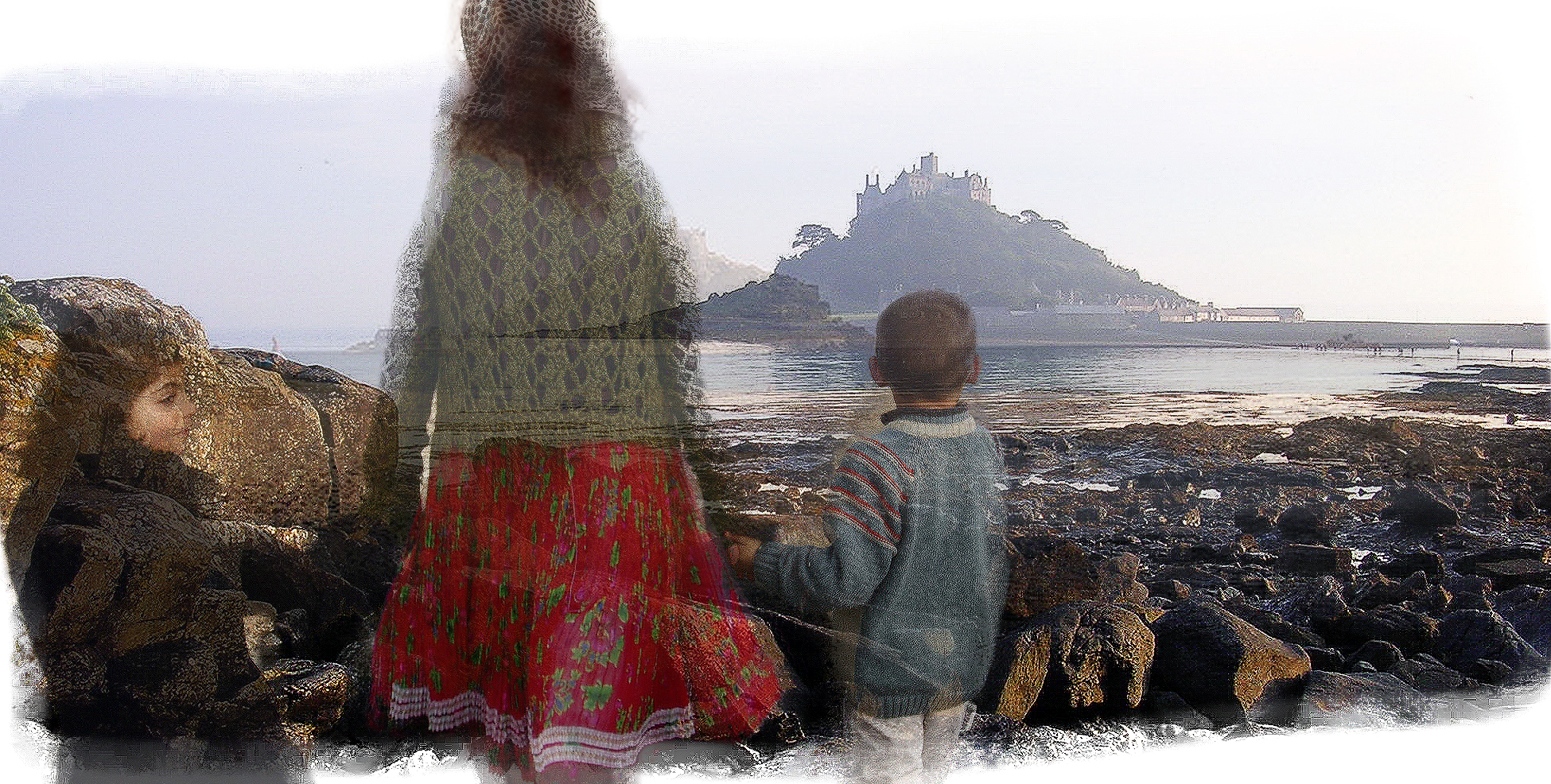 Sat out on the beach beside a one man tent
wrapped up in blankets close to sunset
as we pass them—are they family ?
Tourists ? Not quite (that woman at the end
looks like a Romany…). But like us ?
You mean our brothers and sisters,
is that what the man is saying?

No one bats an eyelid: the photographer with tripod
poised in the river channel’s outflow
trying to get the best sunset shot—
The trio with their ebullient dog
reined in, bounding our way—
St. Michael’s Mount behind rising out of the water
like a film set for a fantasy island
as if it’s just landed there
for the sun to illuminate on cue
as they sit huddled for the last of the light
or the for the whole night ? We can’t say.

But the old woman in the pottery shop near Lamorna,
next morning, is telling her diffident daughter
about all the clothes coming in to the church in Truro,
and how it’s going to take three large containers
at least to get them out again to where they belong

where as long as we don’t answer
they can only come still closer
with their witness and their message
to the humanity we’re part of, or separate from
or somewhere as uncomfortably in between…
the liminal edge where the spirit breathes unsleeping