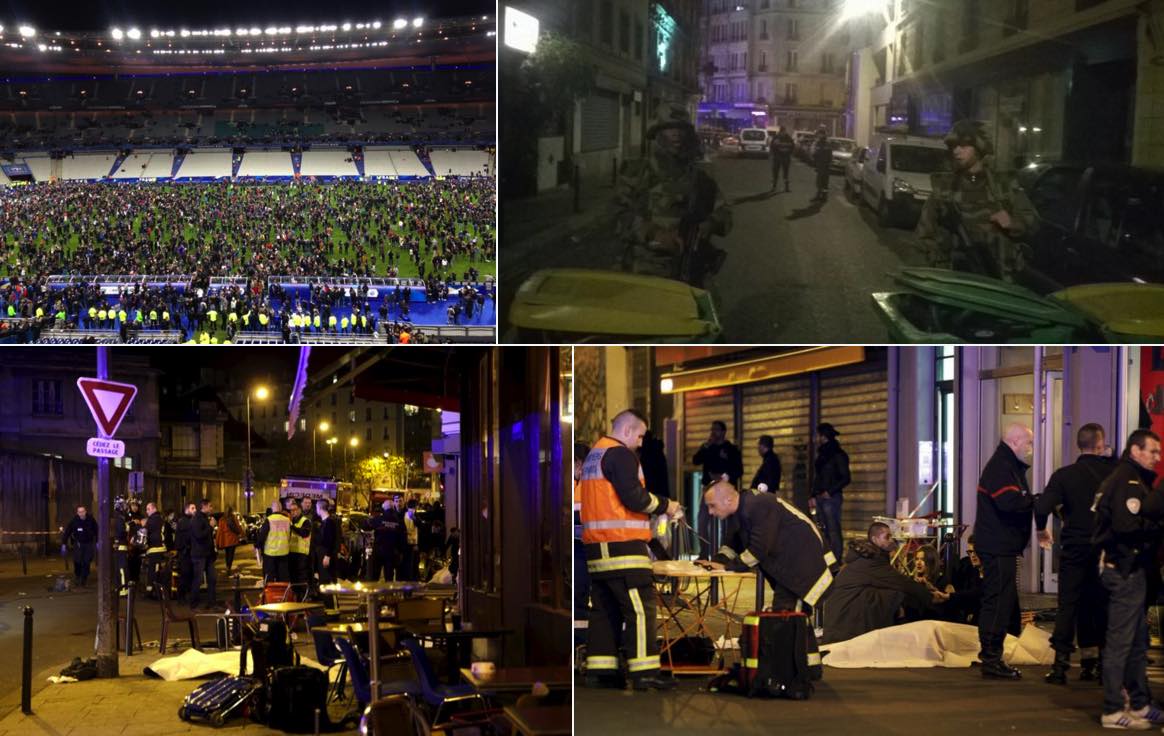 Fuck the murdering bastards who killed the people I don’t know,
the tourists and residents, the concertgoers, the lovers, the locals,
the people who are just like me and didn’t deserve to die.

Fuck the cops and soldiers on the street, killing those who killed,
ready to also murder, willing to do what they’ve been told
and trained to do, ready to shoot anyone upon command.

Fuck the politicians jumping on the bandwagon, pretending
that they care about anything and anyone, inventing groups
and movements that don’t exist as an excuse to go to war.

Fuck the bankers and the manufacturers getting rich on violence,
selling weapons to each other and then feigning surprise
if they get used: we know who you are.

Fuck those who draw lines on maps and divide up the world
into countries, religions and races.

Fuck this mess we’re in, and those who revel in it,
the reporters with nothing to say, the commentators
and interviewees getting paid to talk about death.

Fuck all those who abuse their power, and those of us
who won’t take responsibility for our own lives;
what lazy, uncaring bastards we are.

Fuck the rain and the wind, the grey cloud and storms.
Fuck the world outside. What a mess we’re in.

Tweet
This entry was posted on 14 November, 2015 in homepage and tagged Friday 13th 2015, Paris shootings, terrorist attack. Bookmark the permalink.

One Response to FRIDAY THE THIRTEENTH