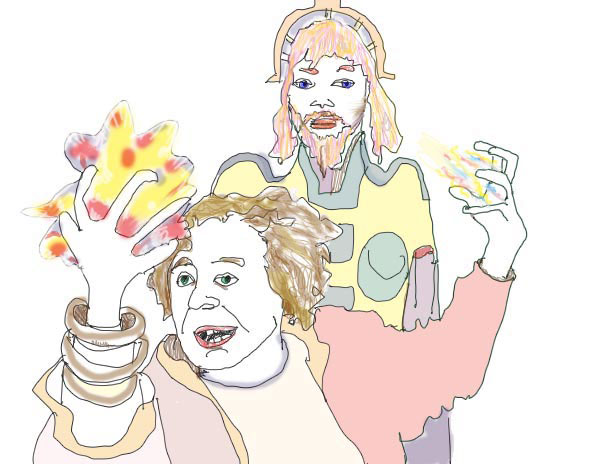 Over the balcony, and into the morning air
fresh as the rising light where your eyes are flung

Cities of the future emerging out of the mist
down there on the valley plain
out of the sun-dissolved veils of cloud now
detail by detail of the white sides of buildings
and their red-tiled roofs, heralded first by the birdsong

then the farm vehicles, tractors, moving, ploughing
these fallow fields

as the sounds of the morning multiply
birthed into the light

reborn into the light

as the contours slowly sharpen

And then the crows, raucous, floating
harbingers of shadow and of truth
for where our work begins, and the sun

reveals everything in its time…and to be done.

How to turn around ?
The cities spreading like ganglia, devouring
the earth flinging back wind, waves, flash floods
the experts in paid-up denial when it’s plain to see

The world wants its sleep

Business as usual ? Money on the edge,
the whirlpool spiral sucking under
in each national debt…until we see
there is only one economy

We seal the surface and the rain has nowhere to go

You walk out of your office, and you lie on the grass.
The distance gets shorter each time.
It’s a better choice than cocaine.

Stressed-out workers glued to screens…
the trees drinking in rain.
You breathe the air, tree-cleansed.

In Seoul, they’re crossing the river
to walk on either side of it into the city
and this is the great water’s crossing:
children skipping over stepping stones.

One giant leap ? No: hundreds, thousands
millions of tiny steps

precise and discreet as the flight of swifts.

Is it a hole busted in the city wall
so the Kaiser can enter by car
or is it the same man dismounting from a horse ?

The Zohar says go to you,

Look, you’ve got time on your hands
look at your life…it was flashing by like a flood,
and now you can walk in the rain.

At stroke of midnight
God shall win
—WB Yeats, ‘Four Ages of Man’

DH Lawrence said it
Satish Kumar has walked it
(from India across Dartmoor)
Abraham lived it, unknowing…

And this is our journey now, taken in hand
out of all we think we can control.
How else would you reach Modern Man ?

He is so cunning and intellectual
so rich, so resourceful and so sexual
how else would you show him the bankruptcy

of his post-modern autonomy ?

Nature, his backdrop on a screen
maybe on holiday. Like a trip to the zoo.
A moment to remember all the animals
as much in prison as he is.

God holds the key. Freedom waits.
He sits in his cell with the door open, unable to leave
as his unknown shadow lingers outside…
waiting for him to come, calling himself pilgrim.

View all posts by Jay →
This entry was posted on 24 December, 2015 in homepage and tagged christmas, Jay Ramsay, nick victor. Bookmark the permalink.