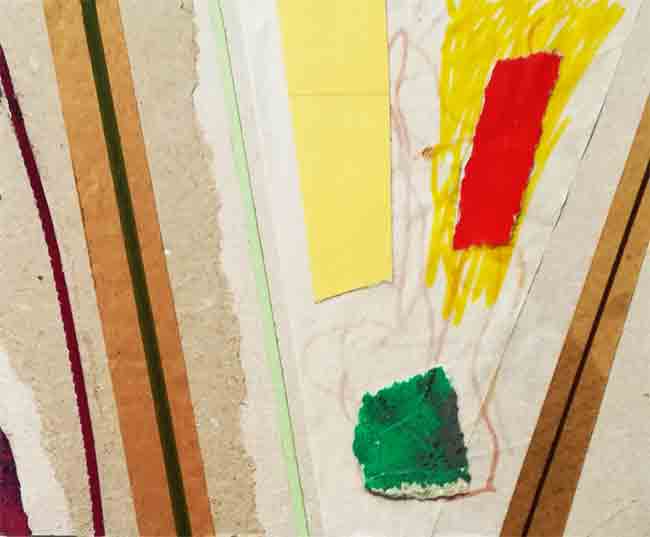 Key to unlock the energy stuck trusting that material will declare itself. Changing the relationship to the feelings in the memory, taking responsibility for past fear across the bridge of dreaming. This too will pass texts between two couples – calling in a shadowy fixer to take the edge off joy. Against beliefs which structure misery I am sharing my knowledge of the connection between earth and air. Look after your heart – silent and deep.

Breath leading to a purging in revisiting the situation. I spoke out, giving dignity to it, rolling my hands around the globe of the group. I am not a victim of this story any more. Losing the stops in the breath, a crystal placed on my solar plexus, felt the floor flowing under my back. Part of me didn’t want to return, to face the memory out of the circle. Could I think of the future of the poem only for the time I was writing it?

I resisted the pull to presence, critical of the performance that pollutes my joy. Fitted fingertips together horizontally making an ascending vertical stack. Coming off the floor into expansion, I noticed my body contracting, arranging itself for the next movement, so I went more fully inside with it, before expanding again. Shaking feet and legs whilst keeping toes on floor, shoulder to shoulder, head to head, a squeeze of uplifted hands in the memory of touch.

Went through the high, black turnstile. Hard to accept imperfection, the idea of death. I was drawn to the fire: curious, if naïve. When I faced it again later, the gesture was two hands – one going out from the torso, the other going out but coming back at once. The animals went in two by two into my heart, gave back another layer, an old criticism. The whole is operating.

Scott Thurston is a poet, mover and educator. He has published fifteen books and chapbooks of poetry, including three full-length collections with Shearsman: Hold (2006), Momentum (2008) and Internal Rhyme (2010) and, most recently, Phrases towards a Kinepoetics (Contraband, 2020). Scott is founding co-editor of open access Journal of British and Irish Innovative Poetry and co-organized the long-running poetry reading series The Other Room in Manchester. Since 2004, he has been developing a poetics integrating dance and poetry which has seen him studying with dancers in Berlin and New York and collaborating with dancers in the UK. Scott is Reader in English and Creative Writing at the University of Salford where he has taught since 2004.

Tweet
Tweet
This entry was posted on 21 August, 2021 in homepage and tagged Rupert Loydell, Scott Thurston. Bookmark the permalink.