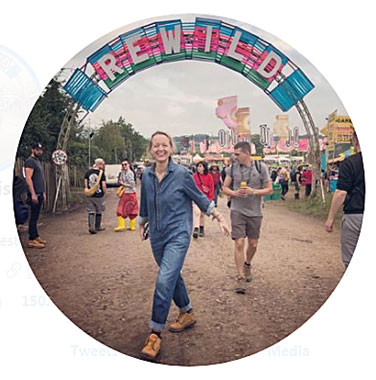 Held on the same day: two events  – one, a virtual, on-line, pay-to-view Glasto event in the UK – and a second ‘live’, crowded, extravaganza, Eurovision song-contest in Rotterdam. Two very epicentres of the musical universes. Diversity – Vive la Difference! But, are Coldplay and Damon Albarn et al., cutting edge and alternative anymore? Is every entry into the Eurovision contest, pop trash, devoid of talent, and just plain, naff?

Sadly for Glasto organiser, Emily Eavis, her curated event was beset by technical gremlins. Many punters couldn’t get onto the live-stream platform, many tickets were refunded, and a free, repeat stream of Glasto acts was shown on-line, during a second, catch-up day. 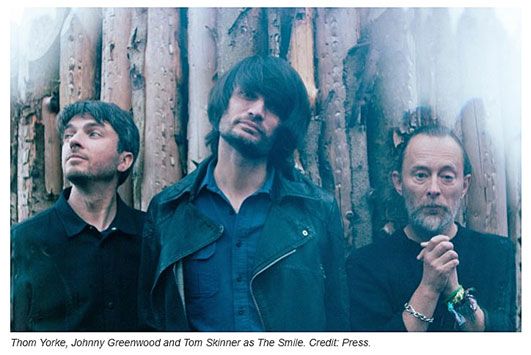 The debut at Glastonbury  from The Smile, the new trio from Thom Yorke, Johnny Greenwood and Tom Skinner look interesting. I will certainly look out for them and their new music.

The Dutch Eurovision Final was the end of a long journey of nine filmed events, each with 3,500 members of the audience filmed, six rehearsals and three live shows, culminating in the Grand Final on the Saturday night streamed live to terrestrial TV for over four hours. It was sometimes facile in the UK show, especially with Graham Norton’s incessant chatter, coupled with his poor knowledge of music. But, there was a double-helping of voting – first from the voters from the official 39 participating countries taking part, AND, from the phone-in public from those same countries. In all, 26 countries actually had entries in the Grand Final. It  turned up some unusual styles of musical offering – heavy metal, French chanson, world folk, indie, and ‘yes’, lots of gooey, glittery pop confections. The new voting system seems to have injected some new vigour into the format and probably gave Italy’s Måneskin –‘Zitti E Buoni’, their winning votes. They were certainly eye-catching, energetic, noisy and genuinely rock ‘n’ metal with their song. It really was quite exciting stuff – not quite The Prodigy, but pretty good. “Make some noise”, indeed!

The UK entry, ‘Embers’ from James Newman, looked and sounded ‘tired’, sad and a bit old-hat. ‘Nul points’ for the UK entry for a second time in Eurovision history.

The UK public awarded its 12 maximum points to the Lithuanian entry – a bonkers, wild and imaginative performance with a genuine’ whizz, bam and thank-you maam’ about it from The Roop with ‘Discoteque’. A lively dance track with a bit of flair. Sort-of a kinky Kraftwerk, with shades of Talking Heads. Maybe. I like them.

The French entry was classy. It was very close to winning. A belting chanson that is well worth giving a listen to, from Barbara Pravi, with ‘Voila’. 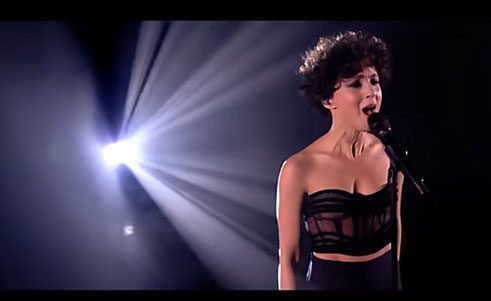 It is a song which would have sounded good in an old-fashioned black and white movie starring the likes of Bogart and Bacall.

So, Eurovision or Worthy Farm? I’m not sure anymore. Certainly, Eurovision 2021 had flashes and flourishes of classy, Euro-Trash. Not too bad for a washed-up old musical Dodo!

Tweet
This entry was posted on 29 May, 2021 in homepage and tagged Alan Dearling. Bookmark the permalink.