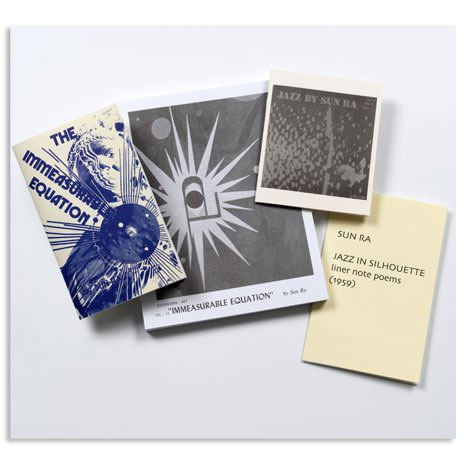 Jazz composer, band leader and musician Sun Ra claimed to be born on Saturn and only visiting planet Earth. Some have suggested he pushed this to extremes as a way of diverting racism and hatred: better to be weird than black. Others suggested he was deluded, crazy, or brilliant at marketing; whatever the case he made some of the most far out music around, managed to keep a big band going for many decades and ran one of the first ever independent record labels, releasing myriad albums in many versions with different tracks and handmade sleeves: a record collector’s nightmare!

Sun Ra was also a fine poet, producing freeform texts which mixed spaced-out lyrics with social observations & critique, re-presenting black spirituality as a mix of alien gnosticism and heretical christianity. The poems drew on early American spirituals, Bible stories, Black consciousness, the counterculture, science fiction, hallucinations and visions, messages from space, and interior thought to riff on a multitude of obsessions, observations and obscurities. They were often printed on album sleeves, read or chanted over improvised music, and were occasionally gathered up into lo-fi mimeographed books and pamphlets. Now Corbett Vs Dempsey have obtained permission from the Sun Ra estate to produce four publications in a limited edition of 1000 copies, carefully reproducing the originals.

First up are two thin pamphlets first issued with early Sun Ra LPs. The small square (CD size) stapled booklet for Jazz by Sun Ra mostly contains recording details from the album, along with notes about the music and three poems, one of which is interrupted by a plea to America:

There is a great need for America to give all of its CREATIVE ARTISTS a chance.
I believe that America is big enough and broad enough to realise that it is not
possible to substitute anything for ART & CULTURE.

The same piece goes on to declare that ‘America must not be afraid to face the future, because the hope of this country is the future’ – and we all know how that turned out!

The future is also the subject of some of the work in the ‘liner note poems’ for 1959’s Jazz in Silhouette: 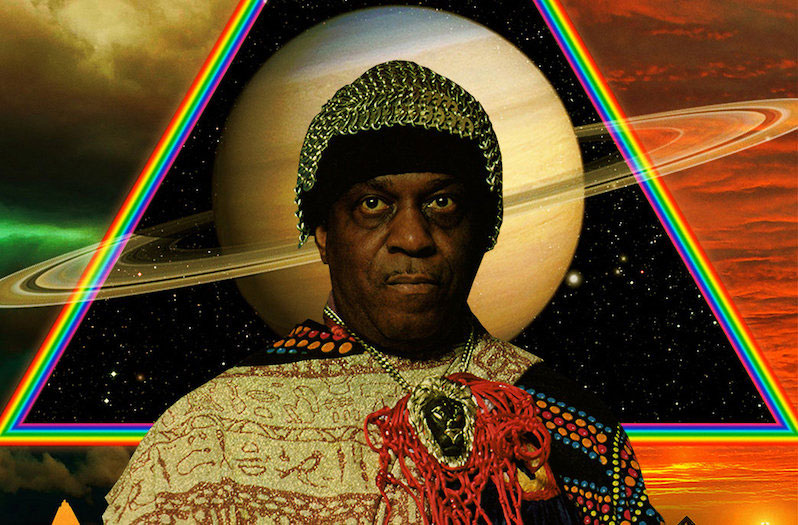 THE SPACE AGE CANNOT BE AVOIDED

Skilled culture is the new weapon of nations,
The new measure of determination as to whether a nation
Is ready to be a greater nation is art.

And one of the great arts is music, which Sun Ra declares to be ‘a plane of wisdom’ and ‘a universal language’.

Early Sun Ra music is fairly accessible, drawing on the likes of Duke Ellington and other 20th Century bandleaders to create complex variations of tunes with powerhouse ensemble playing and featured soloists. It must have been strange to find Sun Ra’s exhortations and declarations within your album sleeve, though it might perhaps have sat with the American dream of space exploration and jet-set design at the time.

Sun Ra’s music would later encompass not only big band jazz but avant-garde composition, noise, improvisation, early synthesizers and electronics, chants, songs and demented cover versions, with something for everyone if you knew where to look. Many didn’t, which meant punks picked up his mainstream jazz releases when they were looking for noise, and the opposite for mainstream jazz audiences. Albums came in and out of print, legally and illegally, with both major and obscure labels; some weeks the racks were full, next week they were in the cut-out bins, then they were gone. Some albums got renamed, some were so poorly recorded they were unlistenable, others would startle and shake the listener with their innovative sonic exploration. Whatever the state of play with regard to the ebbing and flowing of cultdom and the availability of music, Sun Ra and his Arkestra kept on playing and touring; and Sun Ra kept writing.

The two volumes of The Immeasurable Equation are the most important publications by Sun Ra. They have been reproduced in various forms over the years, as well as excerpted, repackaged, anthologised, sampled and plundered. It’s good to have them in these definitive versions, although it has to be said that previous paperback editions are easier to read and carry around, particularly with regard to volume II which is republished here as a massive side-stapled brick of paper printed on only one side! 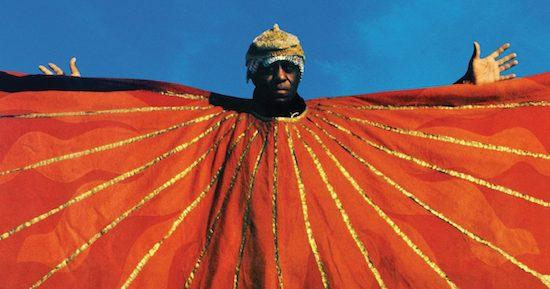 Just as the music got weirder and better, Sun Ra’s poetry also changed. Ra lived his life as a Saturnian in exile, an alien visitor, and his poetry is often written from that point of view. It is rooted in an infinite cosmos, with multiple planes of existence, and endless visions of both past and future. Sun Ra observes, exhorts, declaims and encourages us Earthlings to change our world for the better, using music to transform and improve things. Like some messianic figure, without any desire to be worshipped, he often talks not only of knowing more and of being wise, but also of going ahead:

Some have seen this kind of aspiration to a heaven elsewhere as an excuse to avoid civil rights issues, others as simply escapism, whilst many see it as a playful subversion of christianity and utopian idealism. Others accept that Sun Ra really was from elsewhere and maybe could see other planes of existence, that he offered humanity a rare view of the cosmos, offering hope and possibility, be that literal or metaphorical. Sun Ra’s angels, humans and gods are bound together through music and its vibrational powers: powers that can heal, unify, uplift and encourage, that are bigger than humankind’s problems.

There’s no doubt about it, Sun Ra was a visionary, a one-off original, who managed to produce a huge amount of startlingly original music and writing that continues to confuse, confound, challenge, bewilder and delight those who engage with it. These beautiful poetry books may be an aside to the music, but they help explain and contextualise it, help us to listen to the world around us. As ‘The Sound Image’ poem says:

This the music is like a journey
Which is endless

The music is not only just music.

The music is the living mirror of the universe.

View all posts by Rupert →
This entry was posted on 14 August, 2021 in homepage and tagged Extensions Out, Plus: Four Poetry Books, Rupert Loydell, Sun Ra. Bookmark the permalink.