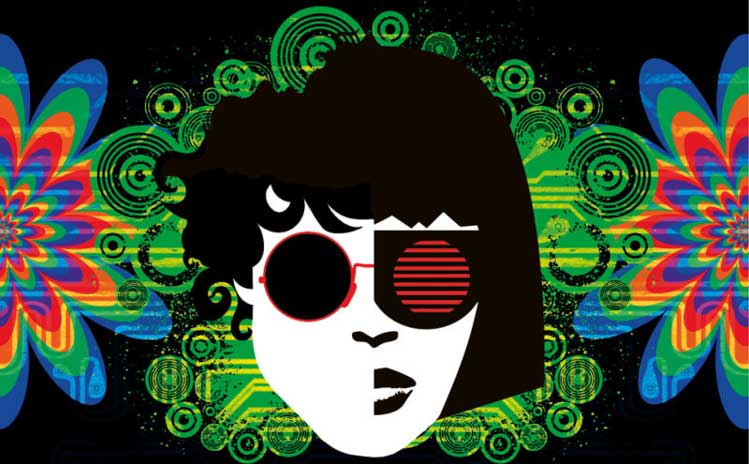 ‘Musician due in court following arrest on 10 sexual abuse charges’

Jerry is slightly blasé: his mind is still in the Sixties, when everything was groovy and the girls just wanted men, and the men just wanted girls.

Jerry brushed off calls to change course. ‘What we see around this court room are strong views on the issue of love. What we are doing as a nation is ensuring we are doing everything we can to leave love behind,’ he said.

Whatever its sex, Jerry’s future is predetermined by the entrenched belief that males and females do all kinds of things differently, better or worse, because they have different brains.

Jerry’s analyst has analysed the data on sex differences in the brain. She admits that she, like many others, initially sought out these differences. But she couldn’t find any beyond the negligible, and other research was also starting to question the very existence of such differences. For example, once any differences in brain size are accounted for, ‘well-known’ sex differences in key structures disappear.

Which is when the penny dropped: perhaps it was time to abandon the age-old search for the differences between brains from men and brains from women. Are there any significant differences based on sex alone? The answer, she says, is no. To suggest otherwise is ‘neurofoolishness’.

Jerry is not sure how this sits with the jury, but has instructed his representatives in court to throw it into the mix of gossip, hearsay and boasting he is using to argue his case.

His mind is now in the future, when everything will be groovy again and the girls will want men again, and the men will get the girls. ‘I want to be consumed by lustful flames,’ declares Jerry.

‘Statistically, I should be in prison, dead or homeless’

Statistically, Jerry has spent more time in prison, dead or homeless than any other person alive.

An Excel spreadsheet is available which contains the underlying data. Sadly, these got his name wrong: this is not the age of independence, it’s the age of interdependence. Numbers were assumed, and statistical models were never tried or tested, Jerry was never asked to work out what exactly it was he was trying to do or say.

But there are reasons for hope. As Jerry argues in his new book, people today have ‘an inalienable right to participation’. The driving forces of the 21st-century networked society are centripetal, not centrifugal; they inexorably draw energy away from the centre. The people have a right to death, homelessness and prison, a right Jerry is keen to see used.

Jerry heaves a demonstrative sigh. ‘Can you spare me 10p for a coffee?’

‘Private charitable institutions serve something that doesn’t exist anymore,’ claims a financial investigator. ‘We can no longer defend the growing of poppies as an investment strategy, and certainly not the harvesting and distribution of opium.’

Jerry looks puzzled. ‘But I’ve always done it man. It’s kept me going for centuries, I mean I bought my house in Westbourne Grove on the back of it… The bank took a stash of it as collateral; I had to sleep with the manager too.’

Jerry likes the idea of charitable aid that she doesn’t need. Even yesterday, a colleague was with a friend who said, ‘All the kids are doing it, do they want me to stop now?’ Jerry’s very capable, she’s conscious of being in the world, and making something that people are watching. She likes being a voice that says ‘You don’t have to enter the public arena I live in if you don’t want to, just give me the money.’

Charity has a contemporary relevance for her, too. Her speech details how most modern charities were started by her, despite being told to ‘give it a rest luv’. I have historically had the most to lose,’ she says, ‘and have therefore been the fiercest fighter for my cause.’

In the financial ambition revealed in her business plan, her spirit roars.

It is a critical week for Jerry, with many in the House of Commons having been expecting to vote on her deal. She needs a politics that’s genuinely and transformatively new, but it won’t be found in the pubs and bars of Notting Hill or Westminster where she currently spends her time. It will be built by Jerry’s friends, lovers and financial friends and their employed thugs.

Weird rituals and coded ways of behaviour underpin politics. Institutions were created by Jerry for a certain purpose. But after the Sixties and decolonisation, these institutions don’t exist anymore, and Jerry needs to befriend young people so he can understand and face a world that has already changed. When you see people yelling about Jerry Cornelius and the pigs, you are made to think. These things may sound medieval and anachronistic, but these stories are echoes of her politics and business world.

Jerry refuses to admit how ridiculous she is, and how she does not understand computers. She will be sending the boys round to your house very soon. They will offer you money or kick your head in, sometimes both.

‘The bruised body is merely a remedy for democratic decay,’ says Jerry.

‘We are living a malady of narcissism at the moment’

When Jerry Cornelius was 19, instead of the frankly unbelievable age he claims to be now, he and a girlfriend travelled to New York City. Because this was his first proper trip to the city, it was one of the rare times in his life when he didn’t have a clear sense of where he was or wanted to go.

So they ended up in what he describes today as ‘a bad area’. ‘I think we were down the Lower East Side and, because I looked cool – a London boy, well-dressed and styled – this man thought I was a rich tourist,’ he recalls today, his signature blond bouffant bouncing in the sunlight. But 19-year-old Jerry, even when lost in the big city, was unflappable. When the man wouldn’t leave him alone he whipped out a pistol his mother had given him in case of emergencies: ‘If you touch me one more time, you’ve had it!’ he shouted.

That was when Jerry realised he was the most important person he knew, and began a long-term pattern of abnormal behaviour characterized by exaggerated feelings of self-importance, excessive need for admiration, and a lack of empathy. He often spends time thinking about achieving power or success, and on his appearance; often takes advantage of the people around him, across a variety of social situations and time zones.

Just what is at stake is illustrated by an even bigger story from last week, the announcement of the closure of the Cornelius Club. An exclusive membership is now in despair, but there wasn’t a thing the advisory board, the local MPs or the police could do. This is why people know the world is broken: power has been separated from responsibility. Jerry will just up sticks and go.

View all posts by Rupert →
This entry was posted on 16 March, 2019 in homepage and tagged Rupert M Loydell. Bookmark the permalink.

2 Responses to The Jerry Cornelius Chronicles of Brexit Britain #3 Gossip, Hearsay and Boasting