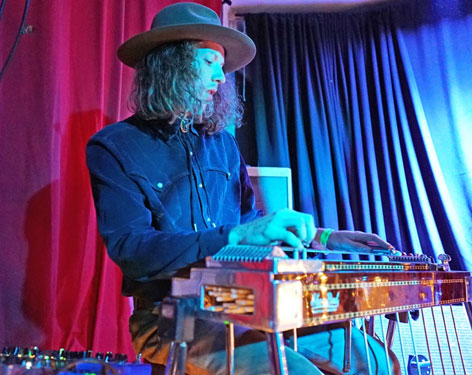 In another time and place – probably the late 1960s/early 1970s, the Hanging Stars would be a high-profile super group. They could hold up their collective heads and music alongside the likes of The Byrds and Crosby, Stills and Nash. They’re a tight outfit. Great playing, interesting and sometimes intriguing songs, and lots of intermingled sounds that make up a rich musical tapestry. A panoply of pedal-steel guitar, solid bass and drums, jangly guitars and a slightly off-kilter, edginess that makes this very much a band punching above their collective weight. And they put on a strong visual show too. 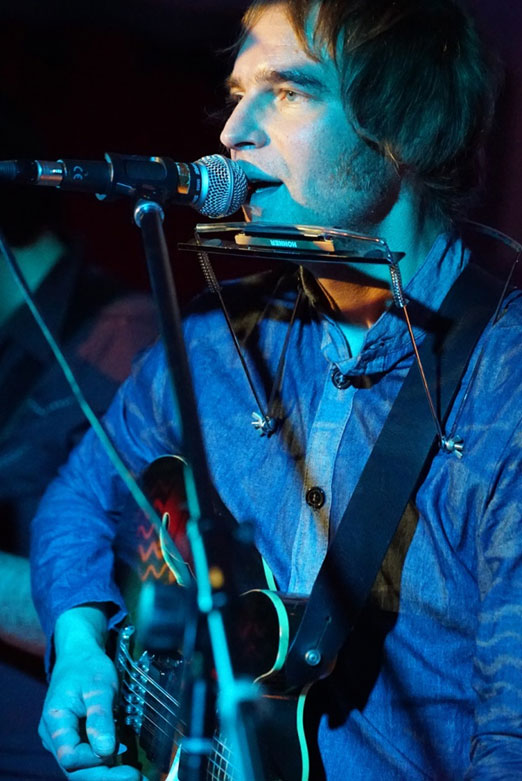 It’s music that conjures up the American west. Down and sometimes dirty subject matter and grand panoramas, alongside the boozed-up domestic tussles that offered so much inspiration to the Eagles, the Flying Burrito Brothers, The Band, Buffalo Springfield, Emmylou Harris, Gram Parsons, Neil Young and the UK’s Matthews Southern Comfort. In more recent times, it has provided a musical recipe and backdrop for bands like Calexico and the more harmony-based, Fleet Foxes.

You can almost taste textures and the smells of travelling light, horses, bar-rooms, love discovered and lost, yearning soul-searching. Their current live performances feature songs from across their three albums. It’s a strong set, plenty of catchy, sing-along ‘toons’. Plenty of opportunities for the audience to enjoy a good jig about. 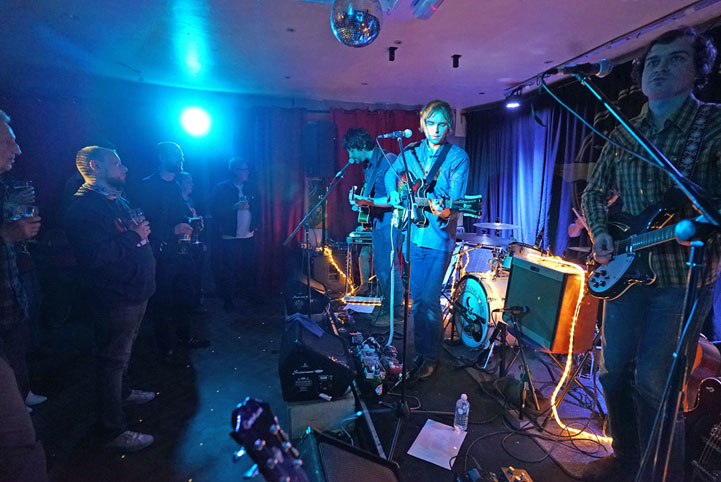 During the lockdown, they played a version live, on-line, for their many fans at Farringdon’s Betsey Trotwood pub venue of the title track from their new, third album, ‘A New Kind of Sky’. Lovely stuff: https://www.youtube.com/watch?v=bjUFXAvjplY

And here’s another of their tracks: ‘I will please you’ in a live video: https://www.youtube.com/watch?v=r4cwY6-BT4E

Here’s what their own publicity says about them:

“The Hanging Stars channel the sounds of The Byrds, Big Star and The Flying Burrito Brothers with hints of Mojave 3 and The Allah Las – mainlining the dying embers of the early 70s psychedelic folk and cosmic country scenes.

The Hanging Stars are currently touring their third album of beautifully crafted Cosmic Americana – ‘A New Kind of Sky’.”

I hadn’t personally seen them for about four years. Live at the Golden Lion in Todmorden felt like some kind of homecoming. These were their people, their audience – the followers, the acolytes! This was one of their first performances since lockdown. It was a memorable one. They’ve grown in confidence, in stature. They have a more diverse range of songs and have an added intensity, which really came through in some rousing, crowd-pleasing encores.

A time for collective celebration of great classic music, performed live with great sound quality and ambience. Sweaty, happy, dancing people, both the punters and the band members. Lots of albums and T-shirts sold. A great night out – enjoyed by all. 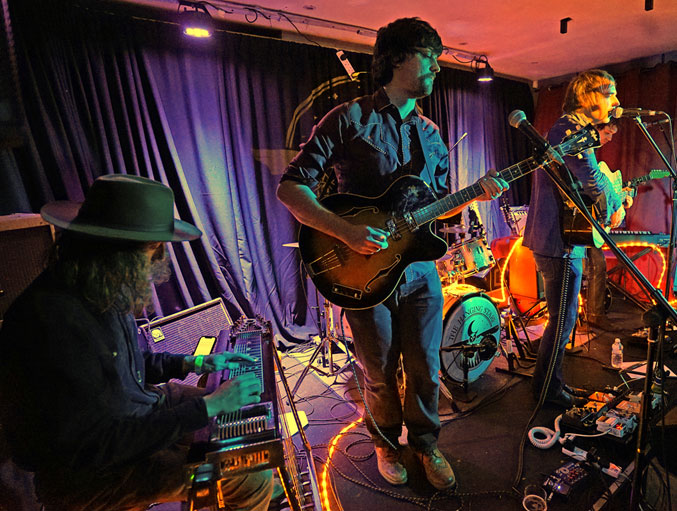 The event was organised by Dark Matter at the Golden Lion:

Tweet
This entry was posted on 13 November, 2021 in homepage and tagged Alan Dearling, Hanging Stars. Bookmark the permalink.