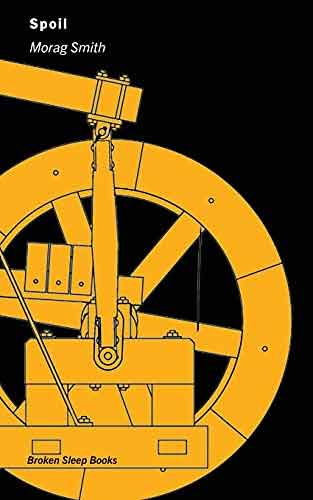 Morag Smith’s poems are haunted by the past, both historical and personal, and a desire to return:

What she can do is conjure up various possibilities of home, versions of belonging, tentative histories and the stories she has lived and learnt about.

The book opens with an incantatory wish to be transported back to ‘the Island of Tin’, using the ancient sky disk as a talismatic focus. Then we are transported to pre-tourist trap Heligan and Smith’s youth, with goats and wilderness. Elsewhere she tells stories about her days living and travelling in a van, despairing of poverty, vandalism, evictions and abuse, but also celebrating her freedom in poems like ‘Eye on the Mirror’:

But it is the land that rules this collection, Smith’s own heart, the mined-out and abandoned rocks, failing industry and wildnerness:

she declaims in ‘Prima Materia’. It is hard to know if this is tin or ore personified or Smith’s own lineage. In ‘Salt of the Earth’ she insists

later, in the same poem, as she finds her own place in the scheme of things, she declares that she is

The past pulses
through my boots

Many of the poems channel these pulses. Specific carns and abandoned mines are named and discussed, and there is a stunning sequence of four poems which focuses on the bal maidens, young women exploited by mine companies to break stones and collect ore for hours on end, at minimum wage.

Adrift in mizzle and mist, living in communities of shared poverty and temporary residence, Smith finds hope and purpose in ‘trying to touch that impossible line’ she compares to the edge of an infinity pool. It is a line of history, of resistance, of power and celebration. Morag Smith is a poet as strong as rock, as fluid and musical as water. Spoil is an amazing debut.

You can buy Spoil direct from the publisher at
https://www.brokensleepbooks.com/product-page/morag-smith-spoil

View all posts by Rupert →
This entry was posted on 20 November, 2021 in homepage and tagged HAUNTED CORNWALL, Morag Smith, Spoil. Bookmark the permalink.

One Response to HAUNTED CORNWALL