HEATHCOTE’S WILL IS THE WAY 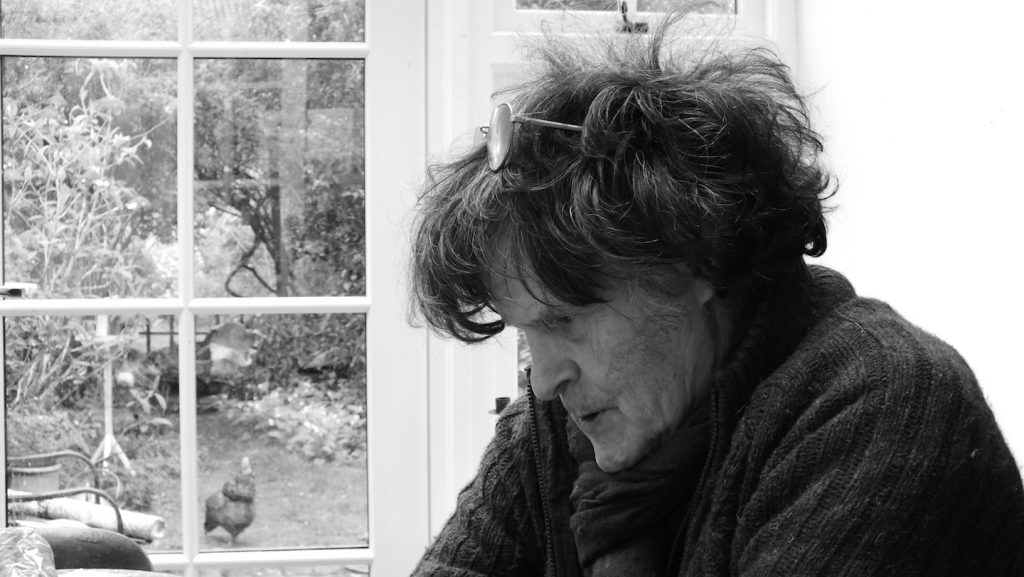 Heathcote Williams’ personal lockdown
Occurred throughout the final years
Of his living. The former rake and Poet
Prince of West London, spent those latter days
Unconfined, while remaining mostly
In his upstairs room in Oxford, working away,
Writing volumes; ecstatic words that sparked
Towers of faith and belief for gold times.
His emphysema curtailed, if it didn’t cage him,
Completely, but with the beauty of his physical
Form unreflected, the poem mirrors he made
Showed what’s real. How he would have raged
Through all this, denouncing Trump
In a Trochee, and Johnson, too. In sharp verses
He’d have had Cummings speared. We would
Also have had all the facts, prised and rhymed
With each shadow; mountains of research
Crushed to tablets that God would have
Whispered and scored for his ear. He would
Have set each heart to full sail as we crested
The seas he set for us; waters to rise
And replenish, as like him, we remained,
Not prisoners in our homes, but somewhat
Wary captives, keen on it all, stilled, but
Thriving, as like the Prospero he played,
His Word Island was a truly magical place
Free from pain. Heathcote Williams wrote
As most breathe, and he communicated
With the countless, as those he prized
And loved received letters and postcards
And calligraphic envelopes every day.
When he slept, I’m not sure,
For so many waves brushed his shoreline,
And while counting them he wrote
Of them and for them too, in full sway.
With all of the swagger and ease
Of the once wild boy of tamed cities,
Writing seismic plays inside cupboards,
This one man psychedelic tore language apart
Like plump fruit. He would have exposed
The blown heart and let the juices
Run through his writing. As with his
Beloved Webster and Marlowe, he lanced
Each stopped line to bleed truth.
We need his voice more than most
And we need him back more than ever.
Tragically for us and his children
And his grandchildren too, we will not.
And there are so many others of course,
Who could have set us straight and wrought
Anthems of both change and action;
Those cosmically caught star glazed authors
Of magic and sound, image, plot; indications
Perhaps that soon become premonitions.
For the prophecy in a poem is how it elevates
From the page.  It is the means of ascent.
Sadly this unique man and poet ascended,
But looking down he looks after the greater
Context now we all face. For life on earth
Is a draft, that life beyond is refining.
And he was always refined, polite, gracious,
As the breeding he dared stayed inbred.
So this one vital man and his fountain pen
Summoned fountains. His words restore
When encountered, either through his
Mellifluous voice, or when read. His written
Will was the way. And his spark will always
Ignite our direction. When I think of our friend
Love still rivers, finding him alive,
And delivered, and supernaturally, far
From dead. For John Henley Heathcote Williams
Was a light that would scour through this cast
Darkness. A one man drug, vibe
And movement that would have assauaged
Every doubt. He was Man as Day, as every word
He wrote coloured evenings. He was heat and
Hope flashing, just like the lightbulb I once saw
Him remove from his mouth. And so, I kiss you,
My friend. As all who loved kiss you. Find us again,
H. We need you. For now, a new truth
Has been written, and as we wait, silenced,
We won’t really know how to begin when this ends.
But what I do know is this, that somewhere
Out there you’ll pass comment.  On a manuscript
Made from Cosmos, the great poet perfects it:
For even in death, love defends.
David Erdos May 23rd 2020
https://www.youtube.com/watch?v=-AC0Lo4WqA4
Tweet

View all posts by David →
This entry was posted on 23 May, 2020 in homepage. Bookmark the permalink.