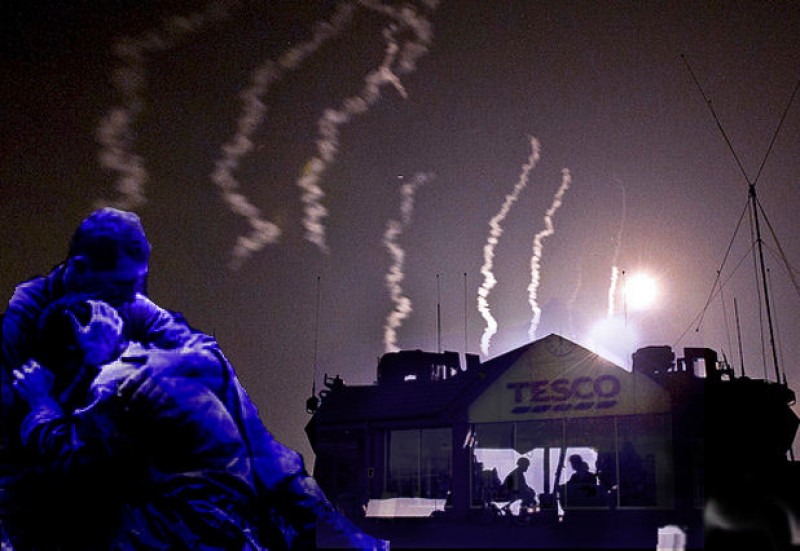 It’s six in the morning. I have been awake since one. Today was my first day back in London.

I felt like an itinerant friar emerging from his sheltering hedge to find himself in a battlefield. My task for today was to get my phone working on a UK network.

As I walked out the front door I was ambushed by my Spanish tenant, with not a single word of English, who dragged me to the overflowing, stinking manhole at the side of the house. Who needs Esperanto?

Okay. Fixing the phone required shuttling from shop to shop across North London, picking up a small piece of misinformation at each step leading on to the next stage of the hunt. They finally fixed the phone in Brent Cross Shopping centre. Everybody knows that.

First thing I did was ring Her.

“It’s tomorrow or nothing.” She announced. The word ‘nothing’ sent my heart to my boots and the word ‘tomorrow’ sounded a fanfare.

“Tomorrow would be splendid,” I croaked into the phone, my heart bouncing between ground and sky like a bungee jumper.

Driving back to the house to have a go at rodding out the drains, another tenant rang to say there was a break-in and the house was full of police. And for this I spent half a day fixing the phone! Still, She there had been there.

I made the executive decision that an unblocked drain could save me a hundred quid. And the Mets would pay nothing. I slunk into the house, put on my rubber working clothes, and – armed with my faithful bundle of drain rods – clambered into the pit. I emerged, half a shift later, slimed and defeated. No way could I clear that drain.

I trudged upstairs to the crime scene.

“Oo are you?” demanded a blue-clad giant.

Coming from a slime-covered geriatric with an armful of crow-bars, in weary but clearly educated tones, the statement carried great conviction.

“Now if you don’t mind, I’d like to install these four new lock and key sets.”

The Law uttered a contented grunt, probably the first time he had heard any sense that day. I might even have puffed life into the dying ashes of his hope for humanity.

It takes a good builder’s mate about half a day to change a lock, but I only had a coule of hours to change four before the tenants arrived back.

However, as I hewed my way through maladjusted retaining screws, I mixed up the key sets, and then a counterattack from the angle-grinder cut a neat millimetre wide groove along the top of my right index finger from knuckle to nail.

Whilst I was dressing my hand in the bathroom it occurred to me that I was attacking a planet-sized ball of rock and mud with my teeth and fingernails. However great my courage, skill and determination, my efforts could only destroy me.

I paused, aware of the seldom granted choice to continue the fight, or to take a step back and walk the battlefield, like Her bringing simply herself to the wounded in the horror. I had frequently wondered at Her strength. Now I recognised its source. Her limits were not the limits of a warrior. She had taken a step back, merged with creation. She was part of another order, her nature shaped by different agency

I am too close to beat to retain much pride. I thought of Her and took my step backwards, out of the battle, turning, stumbling towards the next moaning heap of mud. Probably I won’t get much done, certainly I won’t win, but I have taken a step back and am no longer subject to victory or defeat. Perhaps this occasional awareness of choice is the gift of Grace; if not I have no idea of its nature.

View all posts by Mike →
This entry was posted on 19 February, 2013 in homepage. Bookmark the permalink.