Hope in the Holiday Season 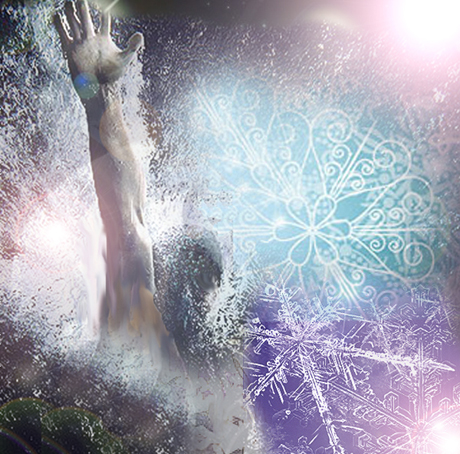 Untold millions (billions?) of people across the world are waking up to official lies, cover stories, and conspiracies.

These people are crossing the bridge, so to speak, to see what’s on the other side.

The question is, do they stay there once they’ve crossed over, or do they try to retreat back to their former positions as ordinary citizens with dimmed perception?

It’s quite a trick to a) maintain the status of “normal person” while b) seeing through the enormous ruse.

In fact, in the long run, it’s impossible.

Therefore, the retreat backwards involves self-induced mind control. In other words, the enlightened person un-enlightens himself. He re-educates himself to accept all the lies he saw through.

He “rejoins the church” he once quit. And he does so with a fervor.

Not long ago, I spoke with a college professor who detailed that journey:

“About ten years into my career as a teacher, I became aware that I was educating my students into a whole series of official stories that were egregiously false. So I began to expose the lies in my classroom.

“This led to a clash with officials at my school. I realized my neck was on the line. I had to make a choice.

“I decided to survive. I went back to accepting what I knew was false. The process by which I did this was…you could call it self-administered brainwashing.

“I’m certainly not proud of it. But that’s what I did…”

The teacher went on to tell me he knew a number of other professors at various colleges who’d done the same thing. They weren’t proud of it, either, but they’d made their bed.

In our society, our culture, the see-saw is swinging back and forth. People are discovering truth, and then they are denying its implications.

In some cases, these people work for companies they know are part of the problem. Others work for government agencies. Others are in the military or the police. They’re caught in the middle.

The intention is to drive people back into their lives as obedient citizens, as opposed to free people who are seeing more and more of the truth.

Television, of course, plays a central role in this effort. Aside from what is laughingly called the news, the endless proliferation of crime dramas and sports coverage fulfills the desire for well-defined outcomes:

If the fictional hero is “fighting against the establishment,” it’s revealed he’s really battling “a rogue element.”

So the television audience can rest easy. It’s all okay. The authorities are on the side of the angels.

People caught in the middle tend to see retreat as their best option. They first looked for some stable platform on which they could stand, in order to send the old order to its demise, but not finding it, they opted for safety.

However, the itch and discomfort and the moral crisis don’t dissolve. They remain.

It is in this tension that new ideas and new solutions are born.

We are brought up to believe that if something is wrong, there is a prescribed solution; if not, nothing was really wrong.

This is the big lie. This is a prominent piece of mind control. It’s successful because official bodies are full of prescribed solutions. They appoint themselves princes of solutions. They breathe and excrete solutions every day.

Promoting and bringing about a wider gulf between the rich and the poor is another official strategy designed to force people to fall in line. Those on the edge of sinking into poverty are less likely to step out and defend conspiracy researchers and citizen reporters.

So it’s all the more unusual and forceful that we are seeing this relentless building wave of anti-establishment research. It means that people all over the world are fed up with the status quo and the official scenarios put in place to protect it.

There was a time, 30 years ago, when the best way I could get information out was to give lectures, have them taped on audio cassette, and send the tapes to friends and allies.

Fortunately, that time has passed. Now, thousands and thousands of researchers are being read, seen, and heard online.

On some days, it doesn’t seem like we’re winning. But we are.
Keep it up. Find ways to cross that bridge from official stories to the truth and stay there. No one said it would be easy. It’s always tempting to sink back into a trance.

But we do have an inherent desire to see things through. It’s strong. It’s compelling. It’s real.

Some years ago, a painter friend sent me the following note. Its implications are universal:

“I used to be a house divided. I knew the work I wanted to do wouldn’t become popular in the marketplace. I was torn in half. I knew how to please the powers-that-be. But then it occurred to me: what would happen if I catered to the dominant culture and still failed to prosper? That would be the ultimate irony. If I went my own way, to the hilt, and did the work I wanted to do, I would have freedom, and the joy of looking at what I had produced. I wouldn’t go to sleep every night wondering what the hell I was doing. I would know.”

That spirit is very hard to kill. In the long run, it’s impossible to destroy it.

It keeps resurfacing, like a dream that is more real than waking life.