How He Wrote Us into Existence – A Fiction 16 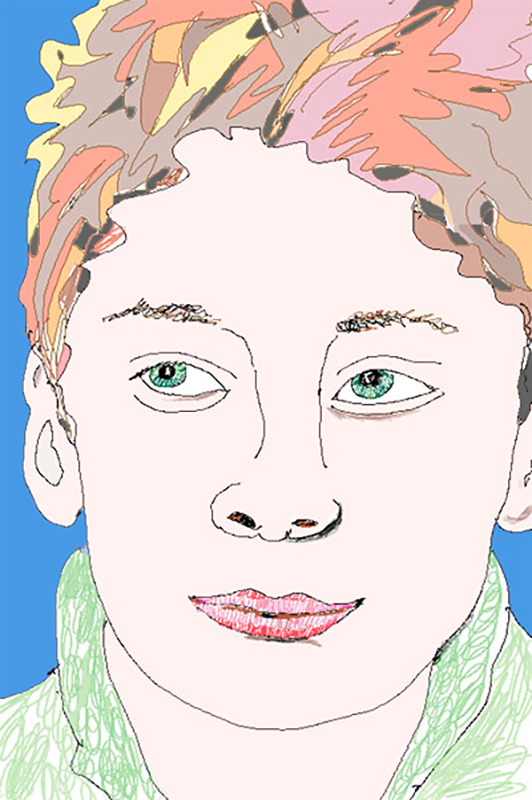 Time ate away uncle’s sight. At first nearness became his extension, and then the light dimmed and the field narrowed down a thread. On that thread ropewalked a few books we gave him on the occasion of his birthdays or Christmas or a day we made special because we felt penitent for letting him leave on his own, and hence we bought casseroles and books. I read him the regular prints. I often changed the endings. I pared down the character details to the ascetic essence the author had intended to, and then kept feeding more details to establish his point. I turned the comedies into tragedies I turned thrillers into social commentaries.

We sauntered into cafés and ordered the bare minimum. I would watch the people around our table. My description would be challenged by my uncle. Later I realised that his reverse osmosis worked on my lacunae. He put fleshes on my skeletal expositions and annals.

I told Prisha that in one way I had the same right over my uncle’s dilapidated property that his plants had over the plot of land they grew up on, and if, in this dire need, we should perish somewhere, there would be no better building to house our ruin.

Elora shouts, “Got them.”

We rush. She points out at the cat and its kittens.

The eggs or the creatures inside those are yet to be found.

My uncle whispers from his conspicuous corner, “You should add more to what you see. You can see the creatures. You cannot describe them because you are lazy.”

I shake my head, tell Elora to let the Cat handle her kittens and the feline must find her own safe-place for her progeny. The cat approves. Prisha says that she have seen cats shift their children at least thrice between the time of their birth and the time they begin to eat solid foods.

Now, I ask all what can happen to a creature that comes to this world by the mean of eggs as their vessels. The creature will be vulnerable, even if it is one of those dragons Elora reads about these days.

We step inside, and Prisha closes the door; I insist all should wash, as I do since the outbreak made my OCD an asset and an attribute.

We gather downstairs. Poet never worsened the puzzle the basement has been since we arrived here.

We combed the place. Poet’s tablet. Poet’s laptop. Poet’s dresses in a heap on the bed on the floor. Done. Now we search the darker arena of discarded cardboards, magazines my uncle used to read, books and an unused santoor.

The crawling feeling I have shrieks when I reach beyond the dusty wood ladders and stools meant to be used for lime paint and whitewash the house. I watch the tiny fledglings behind the heap of discarded painting brushes. How did they move from Elora’s temporary hatchery made from two plastic boxes and blazing light bulbs? Prisha touches my left shoulder, and because I have read about these terrifying moments and I have seen such scenes in several cinematic expressions her icy fingers do not flinch me, but I forge juddering and twitching the upper part of my body nonetheless as if I am startled because surprise and fear seems real, typical, normal and sane.

I extend my index finger and say as if not about those one winged bird-like creatures, but about the worrisome political pandemic we are encircled in I state, “Rise of the right wings.”

Behind me, others have gathered their emotion. Poet says, “Those too, represent the pointers of a significant but ephemeral dot in the timeline of history.” The miniscule, orange all skin-yet-to-grow-any-feather mortals raise their one wing, the right ones, to protest against the world so dissimilar to their own balance.

Outside rain pelts every hard object. I hear my uncle guffaw the laughter of a decent human life unleashed from all its shackles of decency after its death.

Tweet
This entry was posted on 21 August, 2021 in homepage and tagged Kushal Poddar, nick victor, theeditor. Bookmark the permalink.