How He Wrote Us into Existence – A Fiction 18 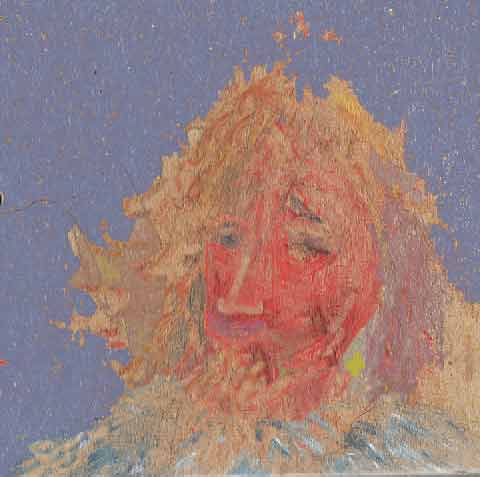 We don decency to open the door of our room and find Poet standing on the landing of the first floor stairs.

“Someone is trying to break in.” He hisses.

The first thing I do, even before trying to listen to the almost silent night to ascertain the facts, is to open the drawer and unsheathe the knife. Prisha wrapped it in soft crimson silk, the leftover from one dress she brought from her side of the family. It has a dragon and a phoenix appliqué, and perhaps it has the origin in the China Town or the part of the city that used to go by that name.

Unleashed, the knife looks formidable even in this world of gun power and drones.

I rush downstairs. The knife refrains my wife from saying ‘Don’t go alone.’ I am not alone. I have the omnipotence of Cain’s jawbone. I have the evil of someone defending himself beginning to relish the process. Although the reason behind such a crack a crib escapes my rationale; the burglars know their houses; they observe, holds their patience, they can remind you about the purchases you made and forgot, and they also knows the number of people living in your house. Ours run on a spartan budget. Three adults live here. My hair tingles. They may be misled by the recent purchase made for Poet at the local wine shop. An Islay Scotch at the time of pandemic taxation can uncork possibilities. And that the burglars may come ready for three adults scares me. I hold the knife, begin to whisper to my uncle, “You lived alone. Okay, not in the time of a plague, and facing desperate people searching for any source of income. What should I do?”

It takes several years, months, days, hours, minutes and seconds to alight stairs. I watch me descending, and then I become my uncle who died, breathless, down the stairs of my paternal house, and I become reverse Rebecca on the stairs, and then I suffer a flitting vertigo moment; I am all too mundane, a person who cannot even write a letter to his friends.

If Poet and Prisha pursue my steps I am unaware of that. I can hear the tiny noise now. Yes, someone wants to come inside. Surreptitiously. Violently.

How attention works. I, as if for the virgin time, see the knife is quite long, sturdy, serrated, sharp, in spite of its age and those stains and scratches. I notice stick insects and tiny flies near the staircase lamp. The time has ripened for a short spell of gale, and ensuingly a longer period of rain. Stairs gather dust, and sometimes a household help in plague mask battles with it before accepting the loss.

The noise comes from the backdoor. It sounds apologetic, as if my father moves objects in the corridor, and feels guilty about the ruckus because my mother may wake up to a feat of asthma.

I can fall down these. Stairs. End of the play. Or worse, beginning of a tedious tale of suffering and living on wheels. I think and shift my sweaty grip on the knife. It has a nice hold, and its black hold grasps my hand.

By the time I reach the ground floor landing, the burglar, a thin and sunburnt one, has penetrated the farce of a sangfroid that this house is. At that point, I realize both Prisha and Poet hover over my shoulder like the angel and the devil in some cartoon I almost fail to recall.

The entire scene may be replayed with some canned laughter if we survive this intrusion and the pestilence. At least the burglar wears a mask. Every moment is a joke.

One solitary burglar disappoints me. I have one knife and unless this person matches me with something more violent some hazy scruples and gallantry forbids me to yield the sharp serrated edge of my intention.

The man hides his surprise at seeing us equipped and waiting for him. He too has a faux-military knife. No set of scruples would have helped us if he had a firearm.

Elora makes us jump when she says in soft intonation, “Hello.” She stands on the upstairs landing on her toes in order to have a better view of this turgid opera.

The burglar clears his throat and lowers his weapon, “Can I have something like some bucks, water and a leftover meal?”

“Of course.” I say. Prisha scurries toward the kitchen, and Poet relaxes behind me, and I can hear a rustling of his muscles settling. This is the first time I hear such a noise. It reminds me of a haunted house I visited as a child daring my friends. I could not make it beyond the steps, and still I could hear the night inside the house, and it was a lovable May afternoon.

“What is your name?” Elora asks from upstairs. This way, I imagine, the God speaking may sound.

I still have the knife pointing sideways at I. We keep staring at each other. Prisha urges us to move our drama into the kitchen and raises her voice as if the pitch cannot reach our daughter, “Stay where you are.”

“Do you live at the desolate movie theatre?” I ask. People find all kind of extra hands in that place.

I nods, his mouth works on the hasty sandwich. Poet must have gone downstairs. He, in slow motion, extends his hand toward I. He has one hundred.

Long after the burglar who calls himself ‘I’ left I fall asleep beside my wife holding me tight, and witness a dream –

Some foggy street skids beneath our feet – two of us walking, the daughter in cardigan and pullover and jeans, and her hands bunched in and pendulating as one, and I quivering, an apparent apparition.

The evening looks for more people, albeit this, a plague year, the emptiness is full of people gone, inverted hallucinations of those who live.

I say to my daughter, “Holla. It is okay to feel sad before the day reels.”

View all posts by Kushal →
This entry was posted on 4 December, 2021 in homepage and tagged Kushal Poddar, nick victor. Bookmark the permalink.