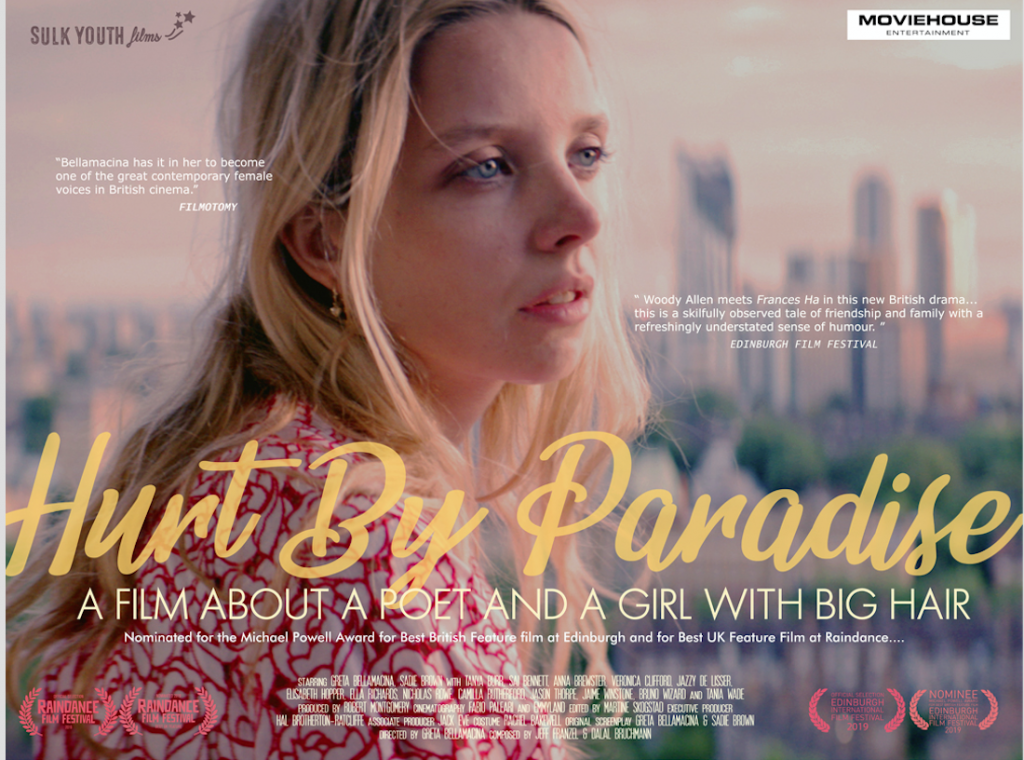 How can I explain why I like Hurt by Paradise so much?

That alliance with the restless makers of art saturates the film. Who else can celebrate that kind of life except those who live it?

So, let’s take it on its own terms as a work of poetry in a playful relationship with film. The poetry isn’t a chore, or a lecture. Poetry is the sea it swims in. It dances in and out of the dialogue. Suddenly and unexpectedly it pings out and arrests your attention.

The film is set in London and Margate. At one point it visits a clairvoyant. That’s like the Wasteland, right? And the comparison holds. This is the voice of culture speaking in a vacuum, in a world that refuses to admit its value. It holds, and also it doesn’t. No-one has a breakdown or a mystical revelation like dear old Eliot. The film has another tone: it is joyous, scatty, irrepressible. On Margate sands I met my online buddy and it was all a bit odd, really… Except that, unlike the Wasteland, it speaks directly about the distorted relationships of a digital age. See?

The protagonist is a single mother who lives in London and can’t get her poetry published. Like Sylvia Plath, right? She is compared to Plath by an obnoxious agent, but only insofar as death has not yet conferred celebrity on her work.  But the ghost of Plath is strong in this story. Greta struggles with her baby, as did Plath. Plath wrote to her child: ’I am no more your mother than the cloud that distills a mirror to reflect its own slow effacement at the wind’s hand…’ That could be Greta. She does alienation and the death-wish, but, ffs…! Plath and Eliot are continuously up for discussion, and so are Cassavetes and Jarmusch and Woody Allen, and it’s a relationship that is funny, tender, questioning, unresolved. It’s the kind of relationship you have with a poem. The kind of relationship you have with other people, through the game of poetry. That’s what it’s about.

I can’t think of another film that does the same, so simply and with such relish.  To do that requires a light hand on the tiller. There’s a line in the Wasteland where Eliot tries to describe what it is like to make a film like this: ‘the boat responded gaily to the hand expert with sail and oar…’, and that’s how the whole business of being a film is treated here. It’s instinctive, unpredictable, light, sure.

But serious about the words. Not deadly serious. Just more serious about the words than anything else. The structure of the film, the lead between the glass, are titles that extract telling phrases, like Woody Allen did in Hannah and her Sisters. But this film does it better. Allan quoted the canon, the American greats, ee cummings. Hurt by Paradise quotes itself. It doesn’t lean on the classics for support. It doesn’t need it. It trusts its own inspiration. It’s a beautiful act of self-confidence. It’s a delicious dare.

‘Why do you always bring your child to the audition’ goes one phrase. As a single father, who brought up his own children and struggled unsuccessfully to make another relationship, that phrase struck me as lyric perfection. At every audition, there was my child. Too right. The story has followed two women juggling a child while they try to pursue the hopeless dream of a creative career, and somehow come up with the situation that generated the phrase. And the phrase is so good  that the film extracts it, to contemplate it, and I recognized it like a friend.

The film is full of characters, but they all confound expectation. The absent father who imitates pigeons. The pilot whose pick-up line is bleak riff on Milton. The Madame Blavatsky who really really enjoys the blatant fraudulence of the whole act. The mother who is a domineering nightmare but whom the film cant help respecting for the way she can mold a phrase… They are all losers who surprise themselves, and us. These are all great performances, risky and delightful. You have the feeling that the film got lucky, and the lucks holds.

The same tone of restless, tender amusement goes for the whole montage, as though the film image itself, that fetish, were just postcards, a collection of visual stuff that passes by, a kind of collage. It is the words that stay in your mind.

And that is an important subversion. In conventional wisdom, the image dominates, and the words are its servant. The way Hurt by Paradise turns that on its head is what charms me the most, and makes me wish infinite success to this happy subversion of cinema, this sweet love-song to the muse. It can only gladden hearts in times of bombast and devastation. 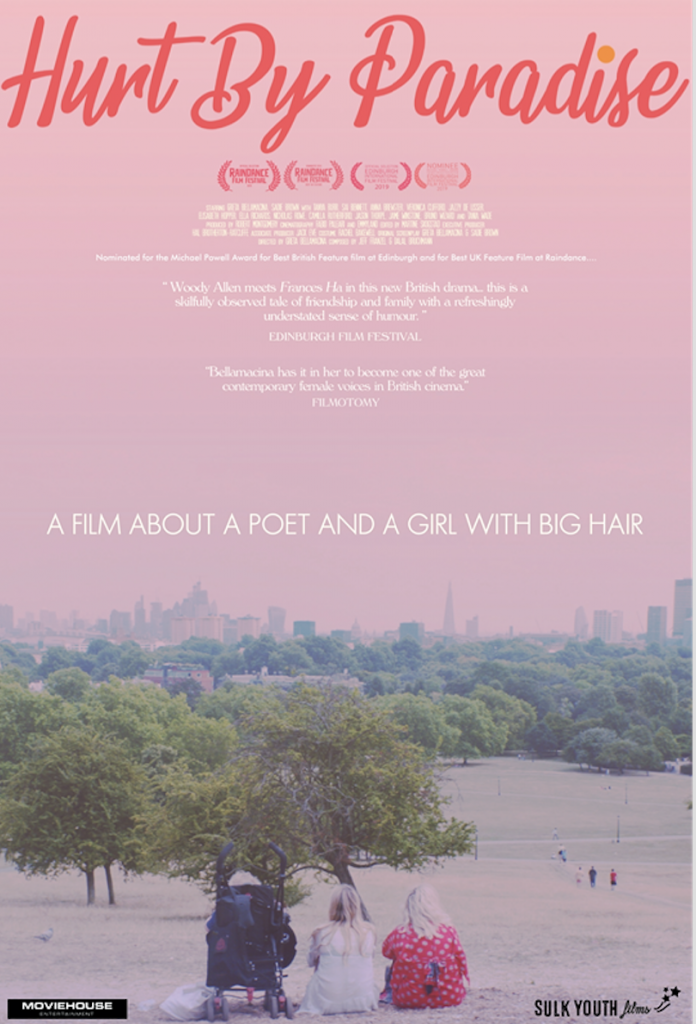 Tweet
This entry was posted on 12 September, 2020 in homepage and tagged Angus Reid, Greta Bellamacina, Hurt by Paradise. Bookmark the permalink.