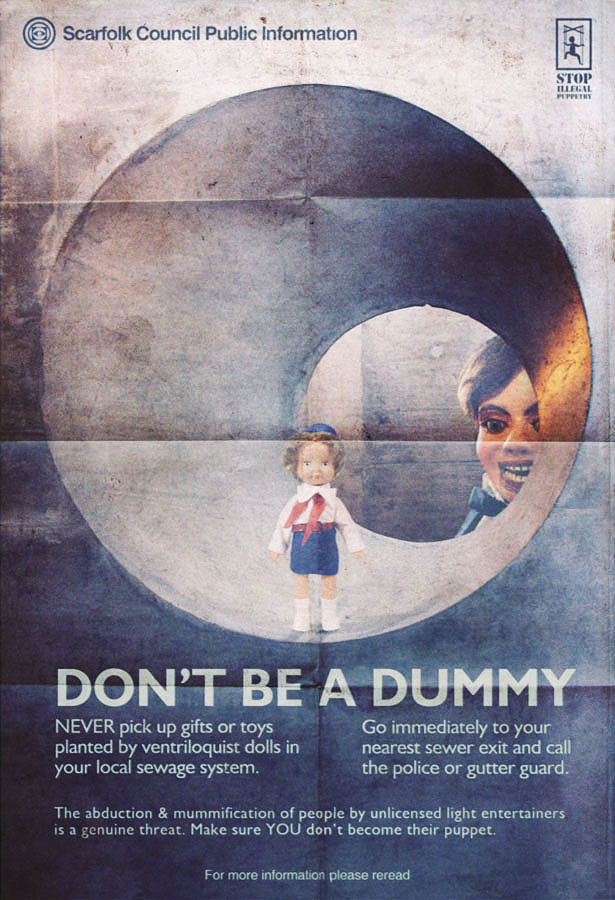 By 1977 the numbers of puppeteers and ventriloquists roaming Scarfolk’s sewers had reached crisis point.

Initially, they had claimed their sole intention was to entertain the many outcast citizens who had been ordered by the courts to live out their remaining days in the sewer system beneath Scarfolk’s streets. It became apparent, however, that the ventriloquist’s real motives were far less salubrious.

In the maze of subterranean concrete tunnels they lured people with sweets, toys and other gifts and abducted them. Then, through a complex process of mummification which permitted the subject to forever retain partial consciousness, the abductees were turned into so-called ‘breathing dummies’ destined for the northern, illegal club circuit where ‘haunted ventriloquism’ had become popular.

Though haunted ventriloquism conversions were outlawed in entertainment, they continued to be applied in politics for many more years.