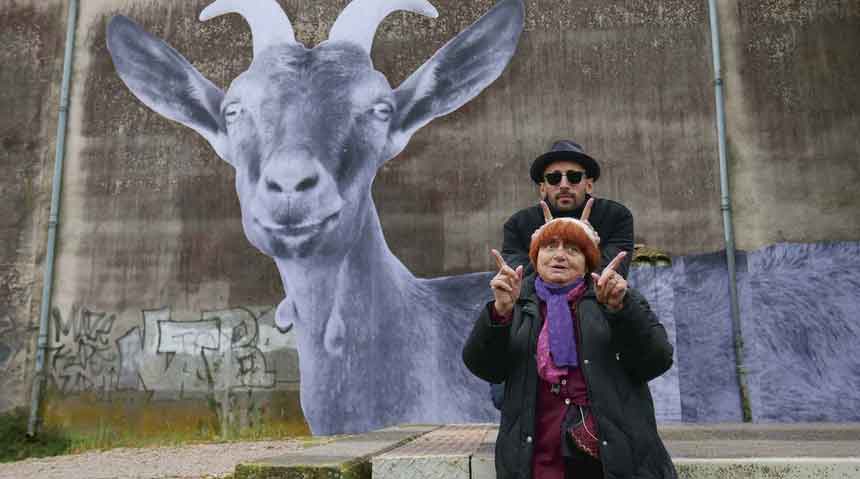 89-year-old Agnes Varda has never allowed herself to be penned in. Now a retrospective at the BFI looks back on a varied and extraordinary career.
,
,

One of the delights of the Oscars hoopla last year occurred not at the main ceremony but the Governors Awards, a side event in which industry veterans are celebrated by the Academy.

Angelina Jolie and Jessica Chastain stride out to the podium to announce the next honoree: 89-year-old Belgian filmmaker Agnes Varda. And so on to the stage bounces up Varda, whose pageboy haircut is a striking two-tone of grey and bottle-dye brown. She makes a breezy, joyful speech, and invites Jolie, in her heels a good head taller than the diminutive Varda, to take part in an impromptu dance. The moment, which quickly went viral, turned a piece of stiff ceremony into a playful spectacle. If you don’t know Varda’s work, this wasn’t a bad introduction.

Well, now there is an opportunity to get to know her even better. The BFI is at the start of a two-month retrospective of the filmmaker, from her early work in the mid-1950s to her enormously vivacious more recent documentaries. This week in cinemas throughout the UK is the re-release of her fiercely moving 1985 drama Vagabond. And the Liverpool Biennial is to host a new installation by Varda later in July.

That Biennial appearance marks the latest phase of Varda’s career: in her late 70s she reinvented herself as a multimedia artist. Varda, you sense, has never been unduly concerned with restricting herself to one field. She began as a photographer – and a keen eye and snapper’s curiosity about the world and people who live in it animates her work. But she switched to making movies as a young woman, directing in 1955 La Pointe Courte: a drama set in a working-class fishing village whose radical style anticipated the aesthetic earthquake of French New Wave cinema only a couple of years later.

Varda would come to be associated with that seminal film movement, with a set of largely male cohorts that included Francois Truffaut and Jean-Luc Godard (who himself had a film shown at Cannes this year). Cleo from 5 to 7 (1962), her exquisitely controlled and sensitive real-time study of a pop star contemplating her demise, is a New Wave masterpiece. But she’s also too restless and quicksilver a talent to be defined through membership to a single group of filmmakers, however historically significant.

Varda began as a photographer, and a keen eye and snapper’s curiosity about the world and people who live in it animates her work

Vagabond remains defiantly hard to categorise, except to say this drama about a homeless young woman (brilliantly played by Sandrine Bonnaire) in rural France is Varda at her finest: emotionally unsparing, stylistically bold, and in keen sympathy with those in the margins of society, especially women.

For me, the documentaries Varda made in her middle age and beyond are just as important. The films she made about her late husband, fellow director Jacques Demy, are heartfelt, intensely personal works of cinema, made with the rigour you’d expect from a master filmmaker but with the intimacy of a family photo album. And at the turn on of the last millennium Varda moved away from large-scale studio endeavours to pick up a small digital camcorder, exhilarated by the potential for a new way of making films.

Case in point: her 2000 film The Gleaners and I, one of the great movies of recent times. Following a handful of French people who subsist on leftovers – the term refers to unharvested crops but applies more widely to the things consumer society discards – this is an absorbing, wide-ranging essay film: part documentary, part art history, part autobiography, and especially concerned, like the rest of her work, with the otherwise neglected or taken-for­-granted experience of women, it is Varda at her most curious and humane. Her latest documentary Faces Places a collaboration with French photographer JR, earned her an Oscar nomination.

Agnes Varda: Vision of an Artist runs at the BFI until the end of July

By Edward Lawrenson
@EdwardLawrenson
https://www.bigissue.com
Tweet
This entry was posted on 29 September, 2018 in homepage. Bookmark the permalink.