ON THE AUSPICIOUS ANNIVERSARY OF THE LAUNCH OF THE INTERNATIONAL TIMES on 15th October 1966, we are celebrating with the publication of Heathcote Williams‘ seminal poetic work Whale Nation, first published in IT spin off Split Magazine 30 years ago in 1986.

IT will also be celebrated on a new website hosted by the Roundhouse, where the launch party was held on that date in 1966. 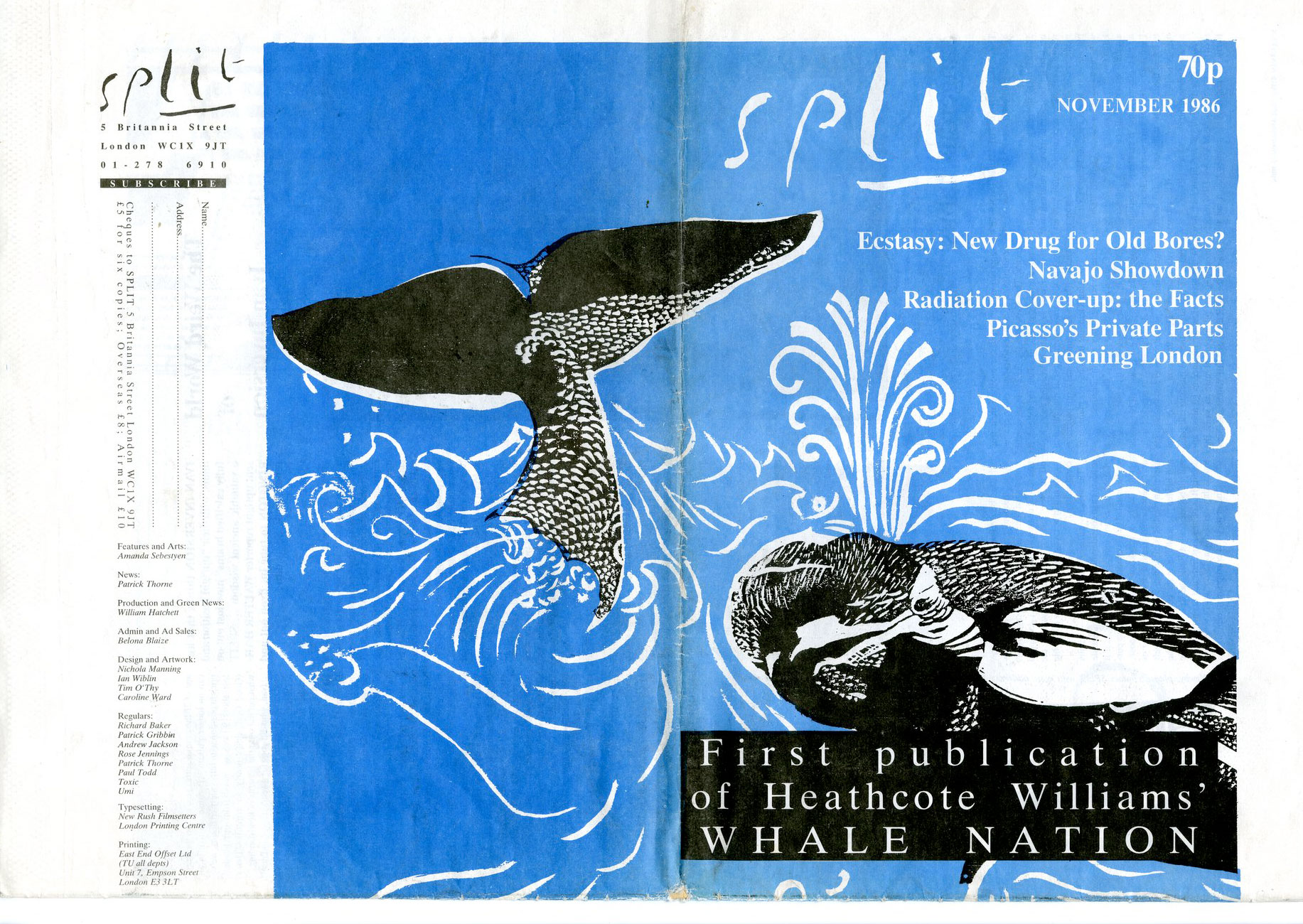 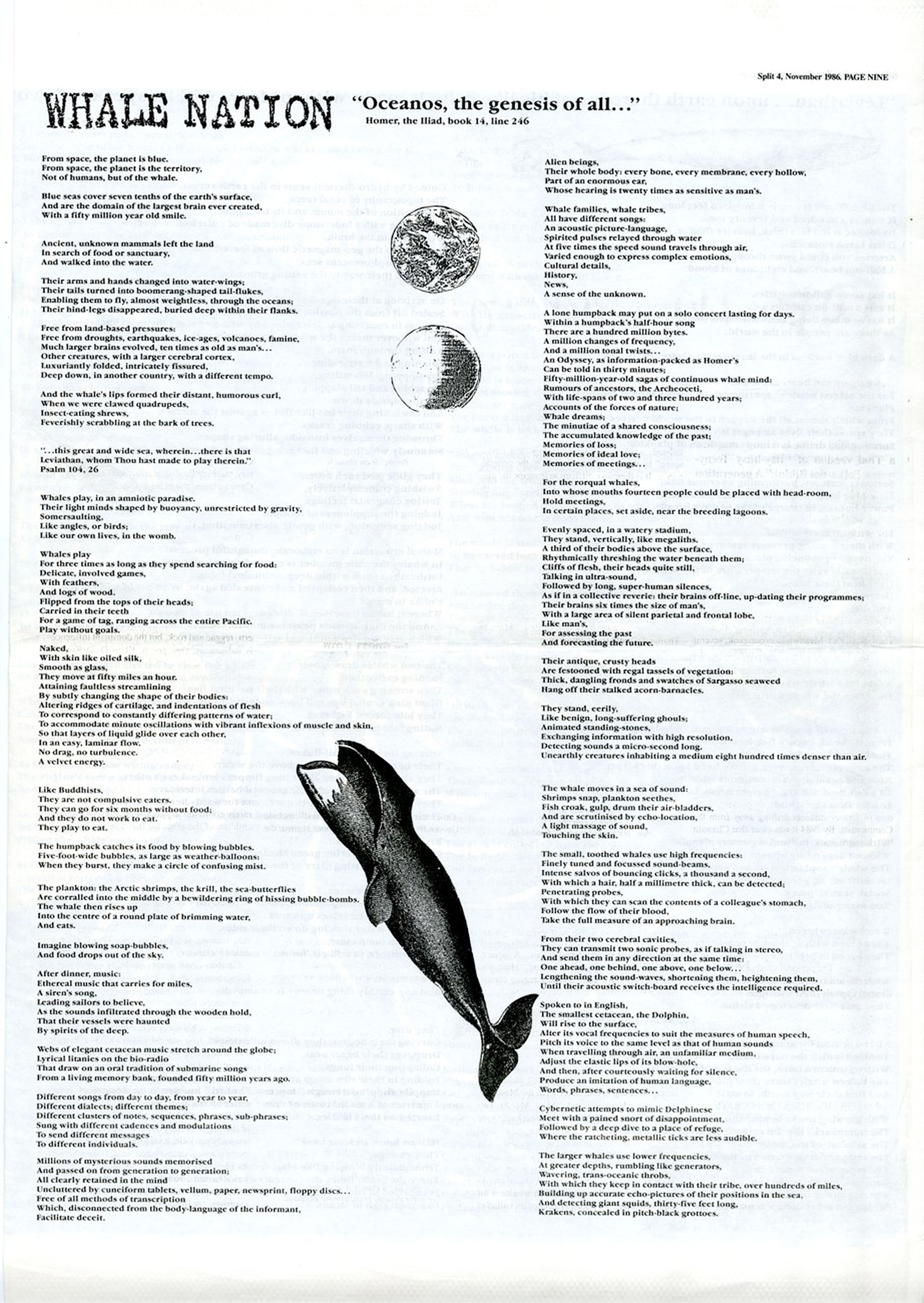 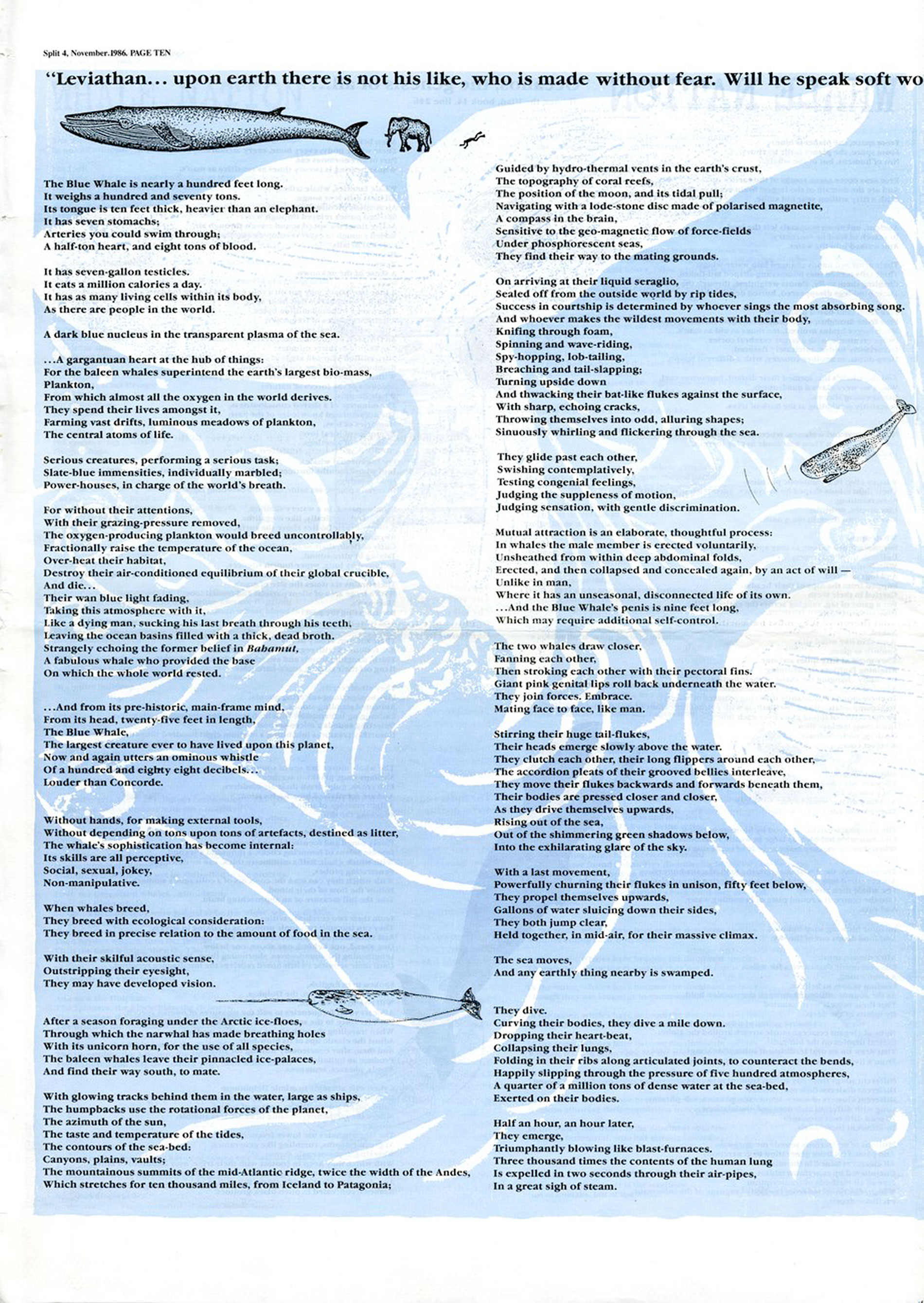 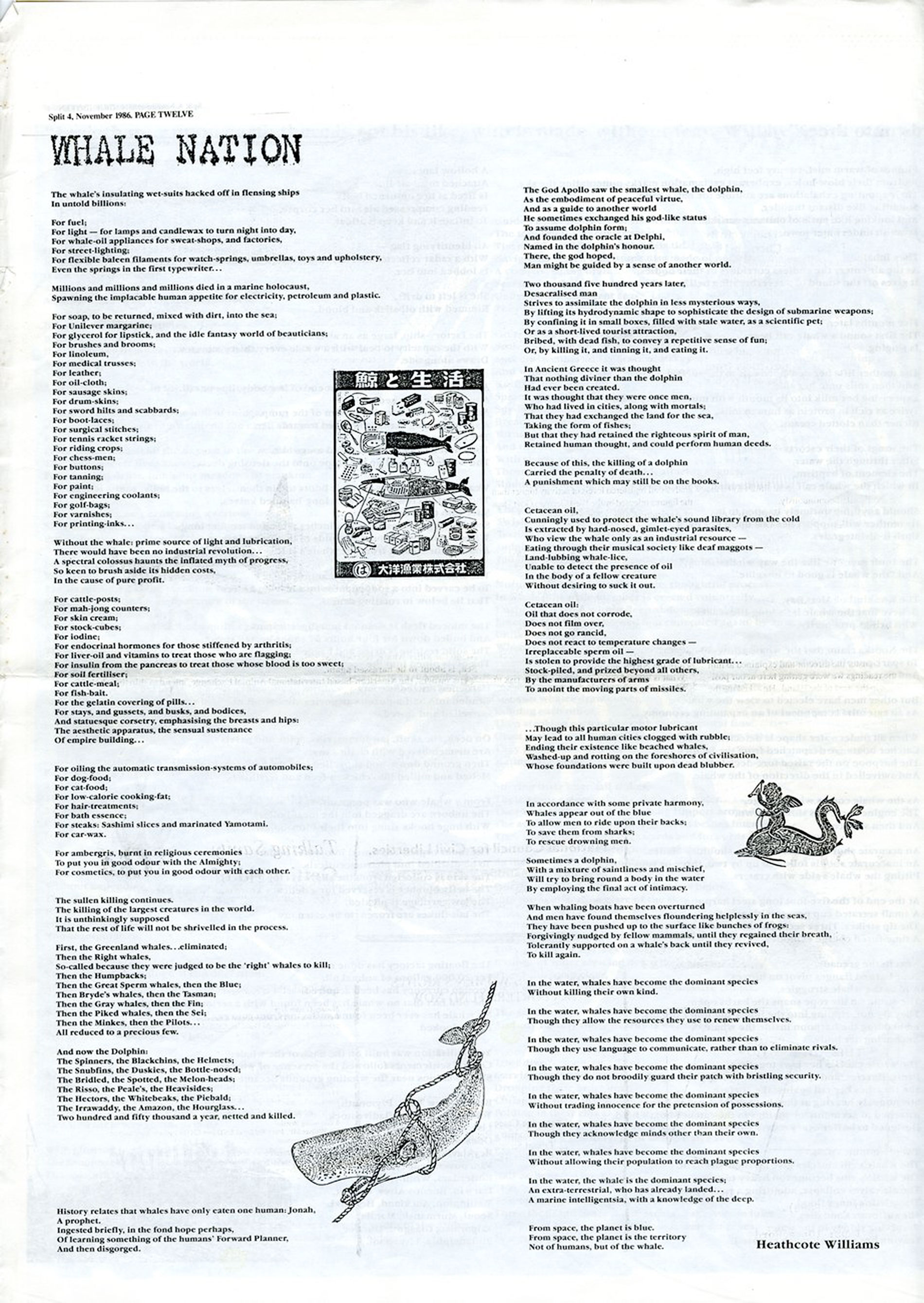